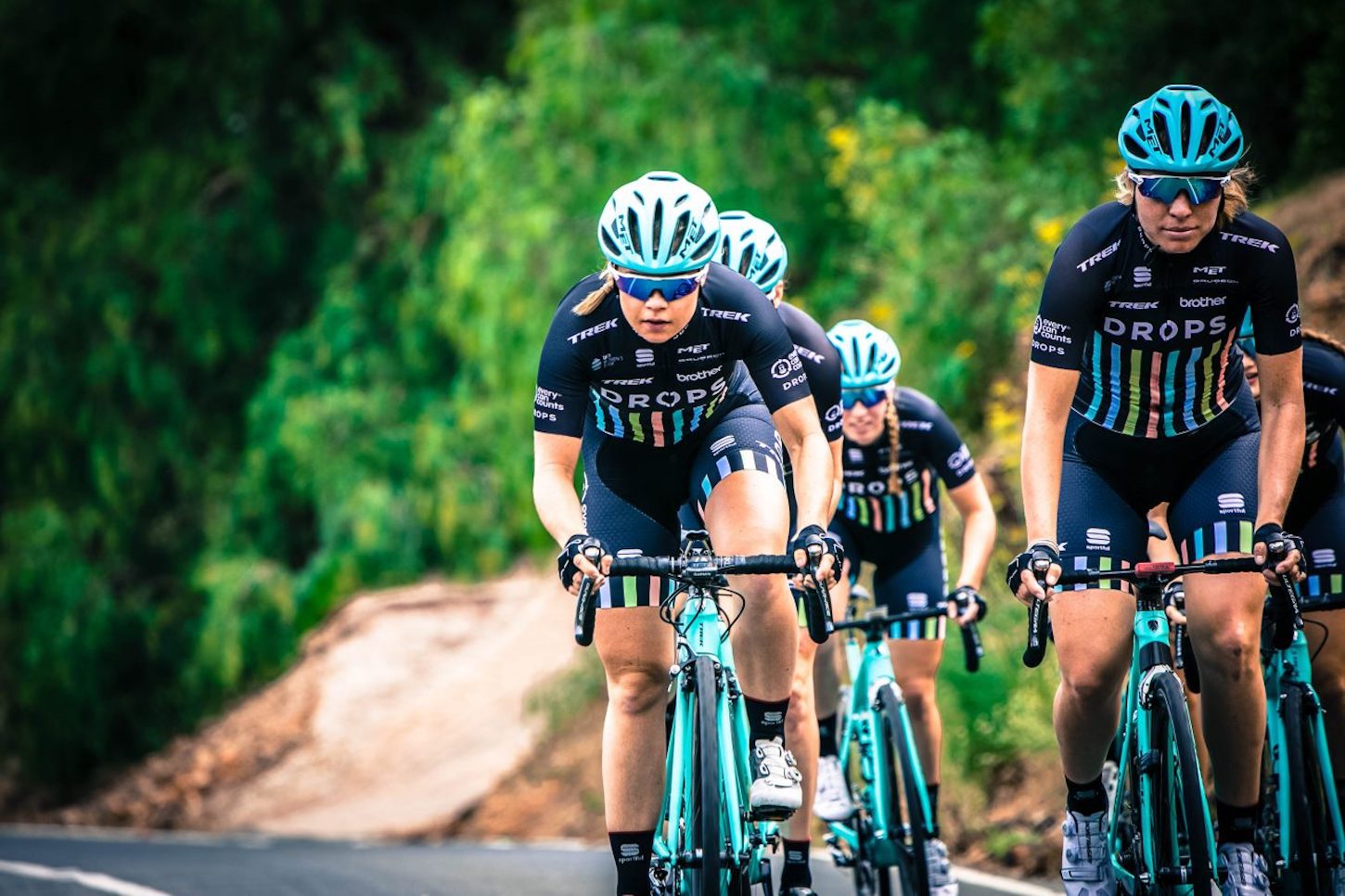 Trek is one of the most innovative and progressive sponsors in global cycling. Its Trek Factory Racing program is comprised of a men’s WorldTour team, as well as mountain bike, cyclocross, enduro, and triathlon racing squads. It is already a fixture at the top of the sport, but as reported earlier today, Trek will be expanding its mission in 2019 by adding a Women’s WorldTour-level team.

This announcement sets the tone for new investment and development of women’s road racing in the coming years.

The Wisconsin company is one of the few manufacturers that retains ownership for all of its licenses, which gives it a great deal of freedom and flexibility to structure and align its various teams. As the name implies, Trek Factory Racing provides “factory level support for the very best racers at the highest level of cycling competition in every major discipline.” According to its director of sports marketing, Tim Vanderjeugd, these high-performance programs were brought in-house to guarantee its athletes the best possible means to compete on the world stage and succeed. A women’s team was a natural fit in the brand’s expansion plans.

Trek had been analyzing and taking tentative steps in women’s racing for several years prior to launching its new program. It sponsored the UK-based Trek-DROPS development team and even raised its level of investment in 2018 to help the team bring in more experienced riders and compete in more Women’s WorldTour (WWT) events. Based on these learning experiences, research, and the emerging market for women’s racing broadcasts on television and the internet, Trek will leverage some of the best structural features of its established men’s road team to create something new to compete in global women’s road cycling.

Emily Bremer, Trek’s global women’s marketing manager, has overseen the growth of an extensive and innovative women’s outreach program embedded in dealer regions around the world. “We see this project as a shift towards celebrating women as professional athletes,” says Bremer. “We want to be a catalyst to change how the sport of cycling sees its female athletes. They are professional athletes first and foremost, and we’ll support them as professionals deserve to be.”

Trek Factory Racing shares some similarities to other more established “constructor” team models, as is familiar to many fans of Formula 1 auto racing where manufacturers own their teams. This model is not new to cycling, as it has historically been highly successful in mountain bike racing. However, with changes coming to both the men’s and women’s WorldTours in the near future, factory teams like Trek may become the norm – and highly advantageous.

As the owner of the team, Trek places a higher value on its athletes as more than just brand ambassadors. “They’re professional athletes first, and they deserve the best support,” says Vanderjeugd. To underscore the point, he adds, “I’d heard of women missing races with their teams because they missed a flight the day before the race, and that’s just inexcusable. It’s not all on the athlete, it’s also the responsibility of the team to provide the proper level of support for an athlete to be a professional, and fly them to the race with time to spare. We knew right away when we started this project that the operational support for our women will need to be at the highest level of professionalism.”

Bremer has outlined three main goals for the program. First, to create a great team with an atmosphere and career opportunities that athletes want to join, with a proper living wage for compensation, the operational support any rider should expect in a pro team, and the support of personnel and resources expected of a high-performance racing program. Second, to create a program that all fans of pro racing want to support and that will inspire women around the world to enjoy cycling. And third, says Bremer, “We want to make women’s racing better with great role models and a professional racing program that sets the example for what the riders deserve.”

According to both Bremer and Vanderjeugd, Trek will gain many benefits by adding a WWT-level program to its Factory Racing family. The brand’s designers will be able to refine advanced R&D and production innovation in conjunction with the team, to prove new design concepts at the highest levels of competition. The bike brand is not a supporting sponsor as in other traditionally sponsored cycling teams; rather than focusing on just the product support and development aspects, the brand is taking full responsibility for the team’s performance.

“Ultimately, the riders are carrying our name and machinery into competition,” says Vanderjeugd, “and this presents Trek with more opportunities for innovation and industry leadership. Our riders will be among the best in the world, riding the best bicycles and using the best racing products.” Bremer adds that the team’s riders will also visit Trek’s network of global dealers during stops on the WWT calendar to help activate the shops’ marketing and to engage on the ground level with women who want to enjoy cycling.

Trek is tight-lipped about the riders they have signed or are currently wooing – with the exception of 2015 world champion Lizzie Deignan, other riders in the rumor mill won’t be confirmed until later in the season. But since the team will focus on the WWT as the primary goal, it’s likely to include some familiar names as well new young talent. Luca Guercilena, the current general manager of the men’s team, will also be in charge of the new women’s program. Bremer and Vanderjeugd have hinted at a surprise signing for the team’s director sportif, but that will also be announced later. “The women we’ve approached and who have already signed for our team are among the best we’ve ever seen, and we want to help them achieve new heights,” adds Vanderjeugd.

Bremer hopes that Trek’s investment sets an example for other brands to follow. “We know change is not going to happen overnight in women’s cycling, but incremental changes like our commitment will change the overall picture and might encourage even more sponsors and brands to follow in our footsteps. We want to set the tone for professionalism and help change the culture in the sport, ” she says.

Whether or not Trek Factory Racing can be part of a wave of change for women’s cycling remains to be seen, as it is difficult to predict how the sport overall will perform in the first year of a two-tier women’s racing system. Broadcaster investments have not kept pace with demand for women’s racing. But Trek’s new team could set a standard in which women’s racing is seen as an employment opportunity and professional commitment for women athletes, and not just a labor of love.

There is no planned end date for the Trek’s women’s team commitment, according to Vanderjeugd. “I know we can’t change women’s cycling on our own,” he says, “but we will do what we think is right, and hopefully we can influence other sponsors to do the same.”

If it’s any indication of what the team’s competitive goals for 2019 will be, the mix of top-flight talent, corporate investment, and organizational professionalism may be just what the sport needs to take center stage.