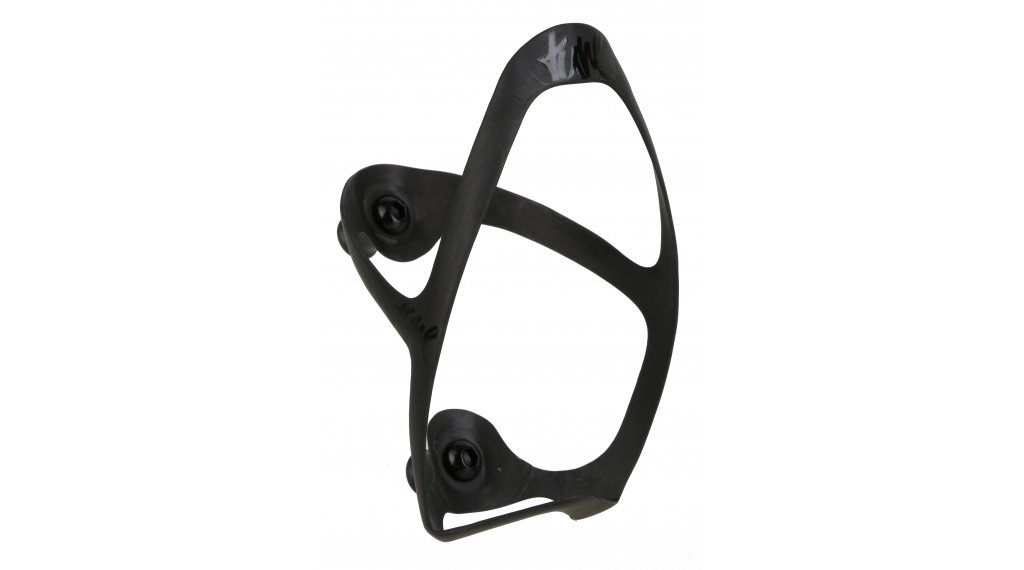 The psychedelic drug guru, Timothy Leary, became famous for popularizing such catchphrases as “turn on, tune in, drop out”.

However, the engineers at Tune seem to have taken Leary’s words literally when it came to developing their new Wasserträger 2.0 bottle cage.

Weighing a mere 9 grams, the carbon masters at Tune certainly managed to “turn on” the fabrication, “tune in” the design and “drop out” the grams, with this composite gem.

But, there was some trial and error before the final design of the Wasserträger 2.0 was reached.

“Initially we had a cage that was even lighter, around four grams,” said Tune’s Harry Czech.

“It basically looked like a figure of eight, just two bands of carbon and aramid polymer crossed over.”

“Every cage was more or less unique because each was hand-laminated, but the bolt hole drillings were really bad and, to be honest, it was just so ugly,” he added.

“Also if you spilt isotonic drink on it when you put your bison back in, curiously it somehow reacted with the cage and glued the bottle in it.”

Therefore, it was back to the drawing board for Tune.

“This was much more beautiful and the function was much better, but the weight had shot up to 19g,” says Czech.

However, changes in carbon composition and the molding process later produced the ultra-lightweight Wasserträger 2.0.

“This was our real achievement,’ said Czech. “This second redesign has all the functionality and beauty of the Uni, but at a weight approaching that of our original cage.”

“Today T700 fiber and resin goes in the mold and is pressed with a bladder at about 145psi. Then we bake it and when we extract it, it’s ready – a component that will last a lifetime, straight out of the oven.”

But, how does the Wasserträger 2.0 stand up?

Tune has consistently sponsored a number of pro teams over the years, who in turn have provided valuable feedback regarding the performance and reliability of their products.

“Our products go through rigorous real-world testing as a by-product of the sponsorship,” said Czech.

However, Tune knows when not to push the boundaries unnecessarily, as risking the integrity of a product for a few grams isn’t worth chancing.

“It makes no sense to us to make the cage worse for a 2g saving.”