Turmeric: A Natural Way for Cyclists to Deal with Pain 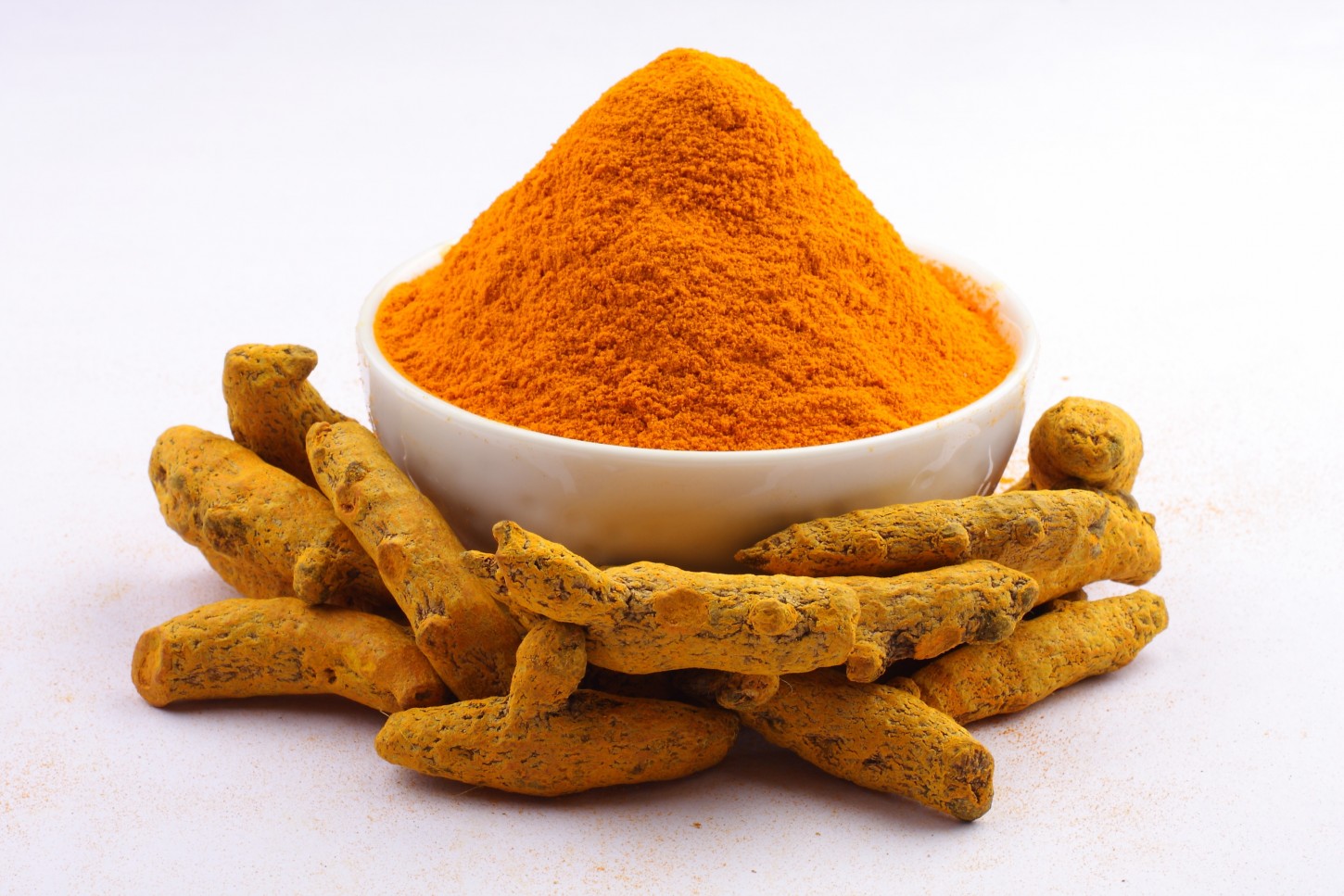 Turmeric is arguably the most powerful herb on the planet at fighting and potentially reversing disease. It has so many healing properties that currently there have been 6,235 peer-reviewed articles published proving the benefits of turmeric and one of its renowned healing compounds curcumin.

This puts turmeric on top of the list as one of the most frequently mentioned medicinal herbs in all of science and the next most popular studied herbs include garlic, cinnamon, ginseng, ginger and milk thistle.

Of the 6000+ studies referencing curcumin, the most interesting finding is that when turmeric is compared to conventional medicine its benefits equal that of many pharmaceutical medications.

In fact, a number of studies have even reported that using curcumin is more advantageous than certain prescription drugs.

When examining the research, turmeric benefits go beyond that of these 10 drugs:

The Benefits of Turmeric Over Medications

Although the list is much longer, we’ve selected 10 drugs that pale in comparison to turmeric in potentially reversing disease. As you read this report, keep in mind that one of the most powerful advantages curcumin has over the traditional medical approach is the lack of side effects.

Unfortunately, for people with conditions that are treated by these drugs (i.e. deep-vein thrombosis and pulmonary embolism), this approach may not always be the wisest decision. Ibuprofen overdose is one such common problem. In addition to common side effects like excessive bleeding and hemorrhage, the risks associated with anticoagulants abound and include everything from back pain to headaches to difficulty breathing.

Turmeric, on the other hand, has relatively no known side effects unless taken in extremely excessive amounts.

Additionally, ever since several groundbreaking studies in the mid-1980s, the curcumin in turmeric has been suggested by researchers as actually being a better option for those with vascular thrombosis.

Arguably, the most powerful aspect of curcumin is its ability to control inflammation.

This news should have reached every household in the world after the study was conducted because inflammation puts people at risk for almost every disease process known to man.

Diseases today such as cancer, ulcerative colitis, arthritis, high cholesterol and chronic pain can be the result of inflammation.

Because curcumin is known for its powerful anti-inflammatory and pain reducing characteristics, a study was conducted on 45 rheumatoid arthritis patients to compare the benefits of curcumin in turmeric to arthritis drugs (diclofenac sodium), that put people at risk of developing leaky gut and heart disease.

The study split these volunteers into three groups: curcumin treatment alone, diclofenac sodium alone, and a combination of the two. The results of the trial were eye-opening:

The curcumin group showed the highest percentage of improvement in overall [Disease Activity Score] scores and these scores were significantly better than the patients in the diclofenac sodium group. More importantly, curcumin treatment was found to be safe and did not relate with any adverse events. Our study provides the first evidence for the safety and superiority of curcumin treatment in patients with active RA, and highlights the need for future large-scale trials to validate these findings in patients with RA and other arthritic conditions.

Published by Phytotherapy Research in 2012, the results of this study has encouraged more human research to evaluate the amazing effects curcumin-rich plants like turmeric has on people suffering from various different types of arthritis.

For lowering blood sugar and reversing insulin resistance there’s arguably no better natural treatment than adding turmeric into your diet.

In 2009, Biochemistry and Biophysical Research Communications published a study out of Auburn University that explored how supplementing with turmeric can help reverse diabetes.

The study discovered that curcumin in turmeric is literally 400 times more potent than Metformin (a common diabetes drug) in activating AMPK which improves insulin sensitivity which can help reverse Type 2 Diabetes.

In addition to correcting the causes of diabetes, curcumin has also been proven to help reverse many of the issues related to insulin resistance and hyperglycemia.

Take, for instance, diabetic neuropathy and retinopathy. One of the most common complications of diabetes is damaged blood vessels which cause blindness.

A study found that supplementing with curcumin can delay this horrible complication of diabetes because of its anti-inflammatory and antioxidant properties.

Oftentimes, people with digestive and stomach complaints become intolerant to medical interventions because the stomach flora is already compromised and drugs can literally tear up the mucosal lining.

An in-depth analysis of all the studies evaluating curcumin’s ability to manage inflammatory bowel disease (IBS, Crohn’s disease, and Ulcerative Colitis) found that many patients were able to stop taking their prescribed corticosteroids because their condition improved so dramatically by taking curcumin!

For many patients with IBD (inflammatory bowel disease) corticosteroids reduce their pain symptoms, but damage the intestinal lining over time actually making the condition worse.

However, supplementing with curcumin did not have these side effects and, because of its anti-inflammatory properties, actually helped heal the gut and supported the growth of good bacteria (probiotics).

One of the reasons heart disease is such a problem in the U.S. is that people are developing pre-diabetes (excessive blood sugar) at an alarming rate.

In turn, diabetics and non-diabetics alike are suffering from a common complication called oxidative stress, which damages the inside of blood vessels. Because of this damage to the arteries, cholesterol begins to build up to patch up the damaged areas which leads to high levels of LDL cholesterol.

Traditionally, statin drugs (like Lipitor) are widely known to harm the kidneys and liver and cause a number of deadly side effects. They do bring cholesterol down but never address that actual cause which is oxidative stress that is caused by high blood sugar levels and inflammation.

Thankfully, medical doctors are becoming more and more aware of the dangerous side effects of statin-drugs and prescribing natural alternatives like curcumin and fish oil instead!

A study done by Drugs in R & D found that curcumin was equal or more effective than diabetes medications at reducing oxidative stress and inflammation in the treatment of high cholesterol.

Studies like these are causing pharmaceutical companies to try and design a synthetic form of curcumin that unfortunately, will not work as well as the real thing.

One of the more widely accepted properties of curcumin in scientific communities is its ability to manage pain.

Just this past year the European Journal of Pharmacology published research that discovered curcumin naturally activates the opioid system in diabetic rats. Typically manipulated by drugs, this natural process serves as the body’s inherent pain-relieving response.

Not being limited to diabetic pain conditions, an interesting study also published late last year gives us a clue as to the wide array of pain conditions that can be treated by curcumin.

Take, for instance, severe burns. Typically, burn victims are treated by dangerous opioids and nonsteroidal anti-inflammatories. However, because of its anti-inflammatory benefits, U.S. Army Institute of Surgical Research suggests that, curcumin should be used to treat burns instead of these conventional medications.

The trend should becoming clear at this point. Therapeutic use of turmeric and other curcumin-rich plants are displacing conventional medical treatments and proving it’s a legitimate natural painkiller.

Lastly, we’ll take a look at how turmeric benefits the many conditions normally treated by corticosteroids such as:

In a 1999 breakthrough clinical study, it was found that curcumin has the ability to cure chronic inflammation of the eye. Typically this condition was only treated with steroids but today it’s common for medical doctors who practice functional medicine to prescribe curcumin instead.

What cannot be overstated, however, is that although statistically “comparable” to steroids in managing and reversing chronic disease, “The lack of side effects with cur cumin is its greatest advantage compared with corticosteroids,” as stated by the authors in a study carried-out of K.G. Medical College.

To give you a sense of the amount of suffering alleviated by cur cumin, the following is a sample of steroid side effects listed by world health organizations:

Ultimately, when taking into account the large amount of deadly complications these 10 drugs puts your body at risk for, it is easy to see how taking therapeutic curcumin is superior to most medicines.

If you have any of the diseases above, you will want to consider this natural approach first. For those of you who aren’t sick, taking turmeric will serve you well as a preventative measure.

Along with adding turmeric into your diet you may also consider taking it or cur cumin as a supplement in the form of a CO2 extracted turmeric.

Also, according to a study published in Planta Medica, taking turmeric in combination with black pepper, which contains piperine, improves turmeric absorbability throughout the entire body. They added 20mg of piperine to 2000mg Turmeric, and it increased the bioavailability of Turmeric 154 percent!