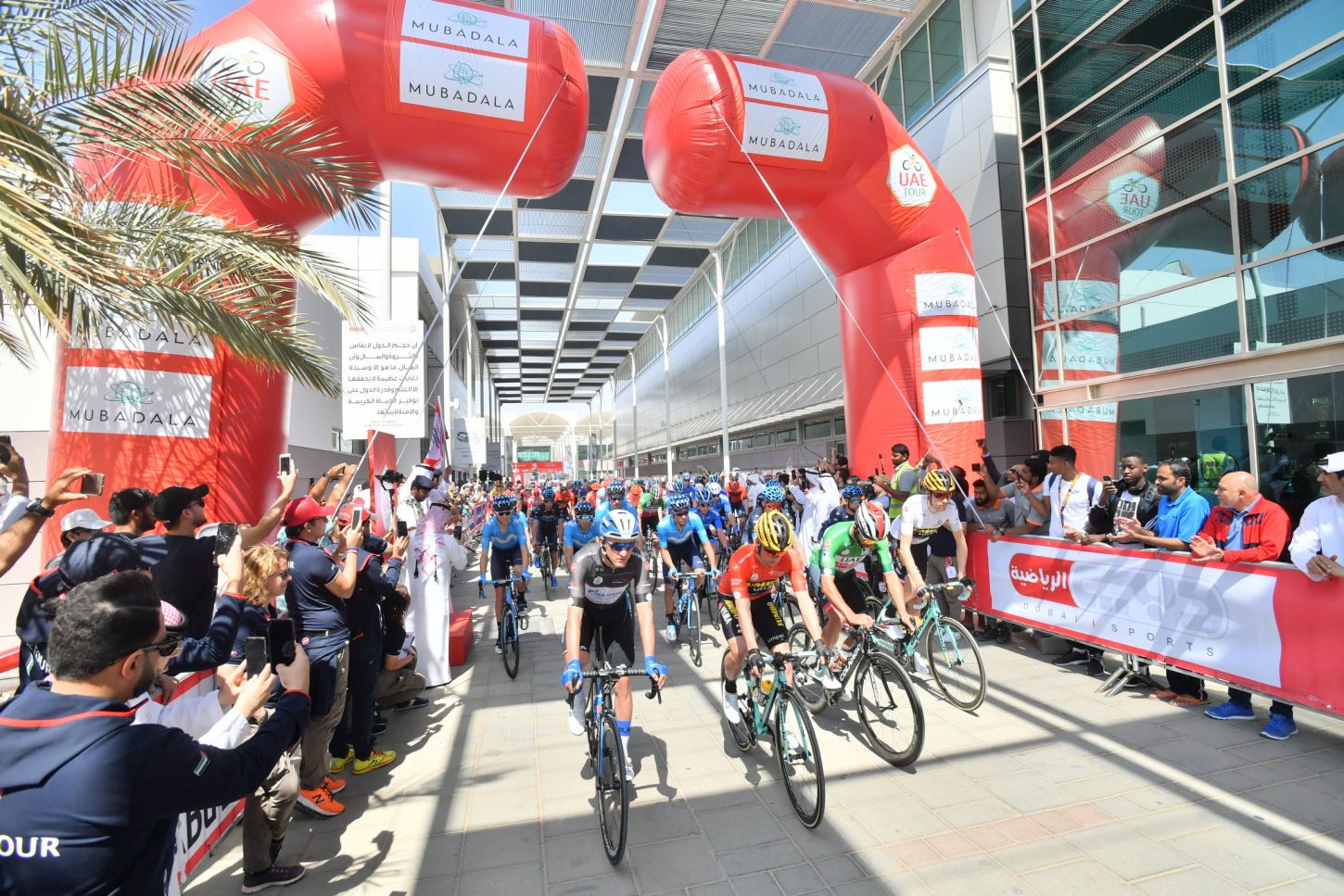 Alejandro Valverde claimed stage 3 of the UAE Tour today, marking the World Champion’s first victory of the season in his Rainbow Jersey.

Roglic had caused a split in the reduced group of climbers with a short attack with around 4 kilometers to go until the summit of the 10.8 kilometer climb, taking Gaudu, Dan Martin (UAE Team Emirates) and Emanuel Buchmann (Bora-Hansgrohe) with him.

Valverde, who won on the same mountain last year when it was featured in the Abu Dhabi Tour, used all of his experience and cunning to close the gap before launching a final attack during the last 200 meters to overhaul Roglic.

Nevertheless, Roglic was able to retain his grip on the overall lead, heading into tomorrow’s 205 kilometer stage from Palm Jumeirah to Hatta Dam with a 14-second advantage over his Spanish rival.