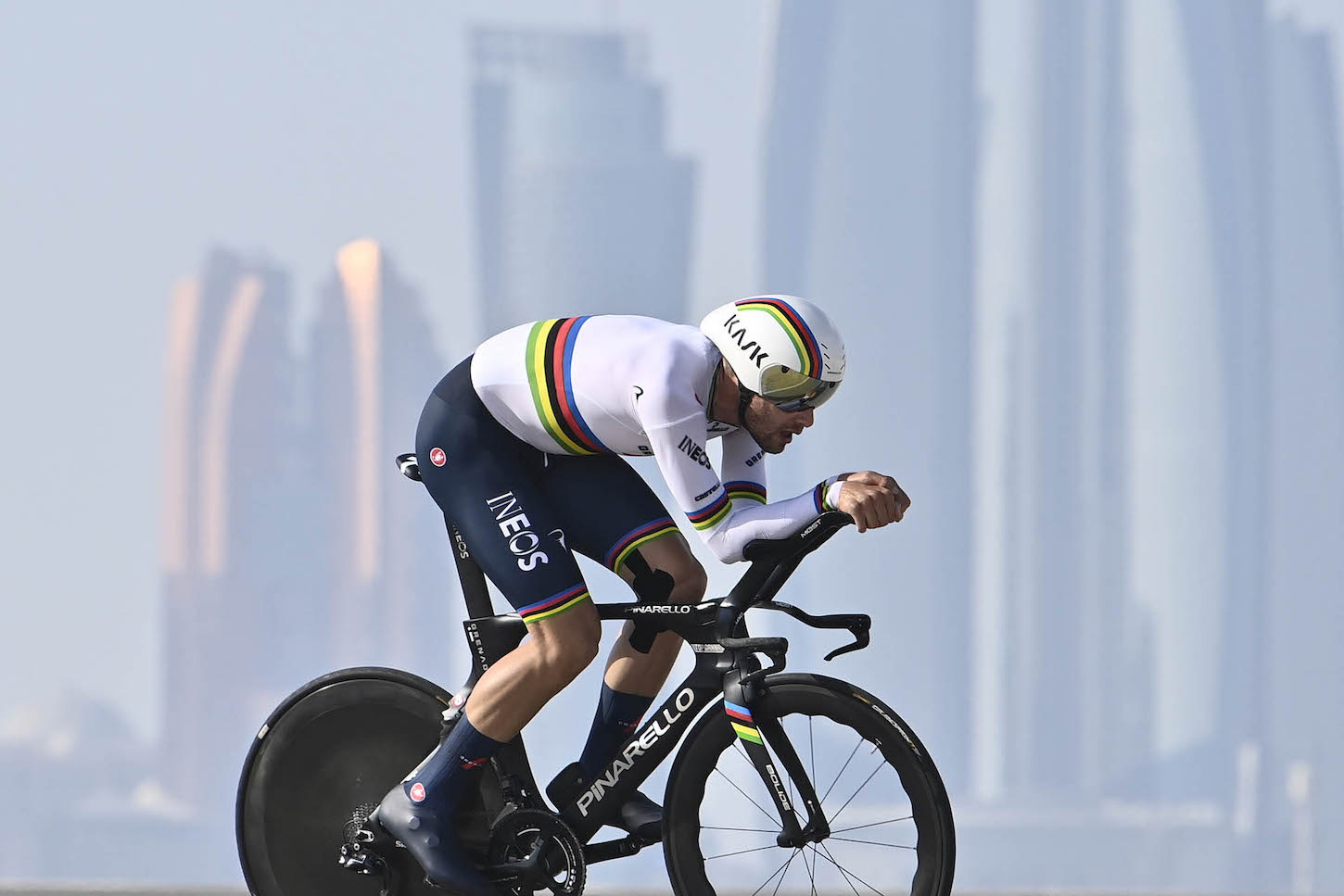 Meanwhile, Tadej Pogačar (UAE Team Emirates) became the new leader of the race, taking over the Red Jersey from overnight leader Mathieu van der Poel, who along with his Alpecin-Fenix team, withdrew from competition due to a positive coronavirus test.

Ganna was the favorite going into today’s ITT and the INEOS Grenadiers rider fulfilled his promise by finishing 14 seconds ahead of his closest rivals, while Pogacar’s fourth place finish took him top of the general classification by five seconds over Joao Almeida (Deceuninck-Quick-Step).

Adam Yates remains in contention for INEOS, sitting 39 seconds back ahead of tomorrow’s third stage in the mountains, which may suit the strong climber.

Speaking at the race finish, Ganna was happy with his overall performance saying, “It’s not easy. Every race is hard because everyone arrives with focus and good legs but my body was ready today. It’s strange in the middle of the dessert but it’s really nice.”

“This is my first time in the UAE Tour and at the moment I’m really happy and I hope to have good legs for future races like Tirreno-Adriatico in the next months.”