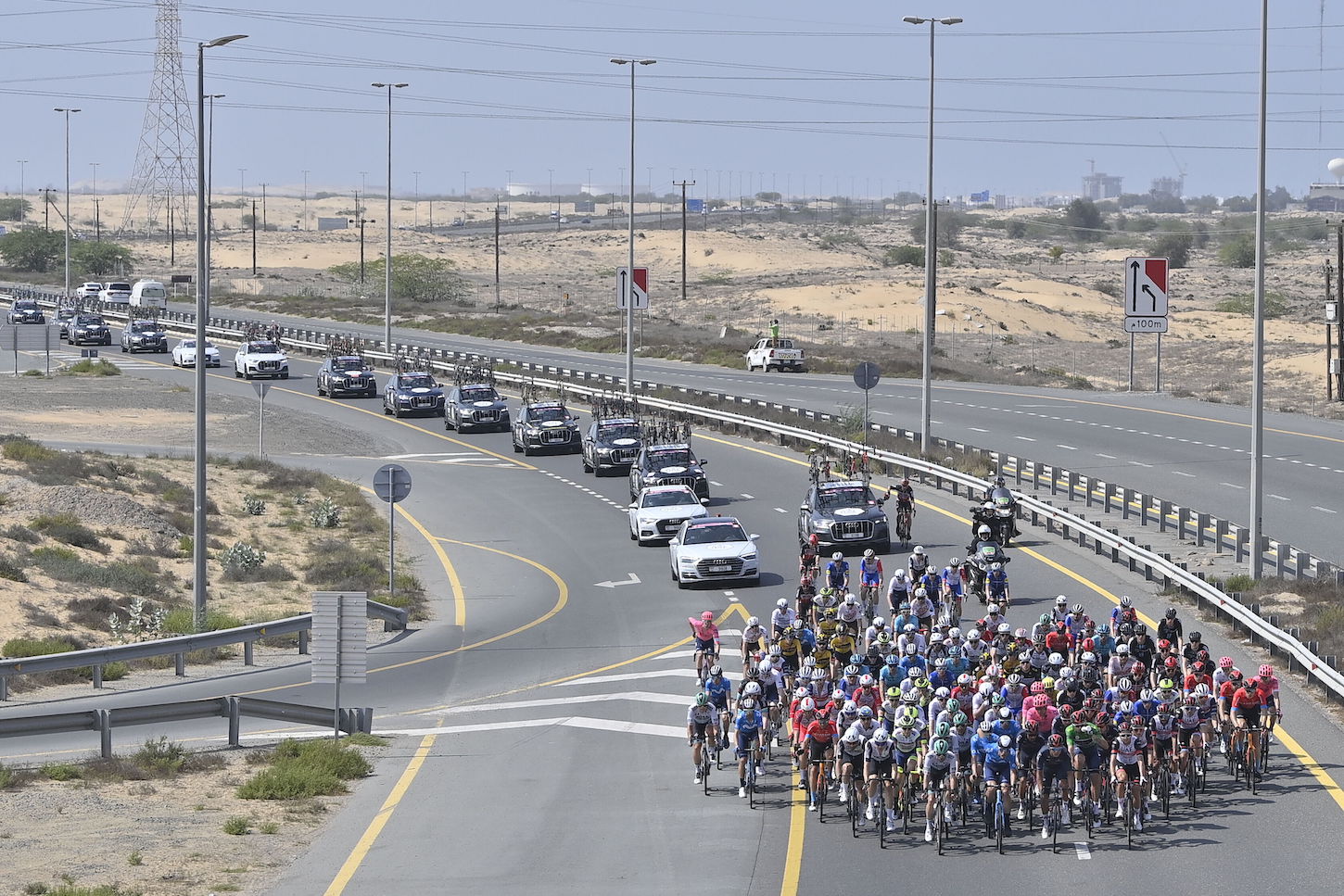 Bennett made his break on the inside line, with Ewan opting for the longer way round, a move which cost him a possible win, while Dekker finished hot on the wheel of the Irishman.

“It’s really good. I was really nervous before the sprint, it was my first bunch sprint of the season, but yeah I just followed the guys, they did a fantastic job each one of them,” said Bennett.

“I could see that they were kind of going to the right, the right side of the road was the shortest line and I just couldn’t risk going up and having to hit the anchors, so I had to go the long way round but I could carry enough speed.”

Meanwhile, Pogacar (UAE Team Emirates) had a straightforward day in the pack, preserving his overall advantage at 43 seconds ahead of Adam Yates (Ineos Grenadiers).