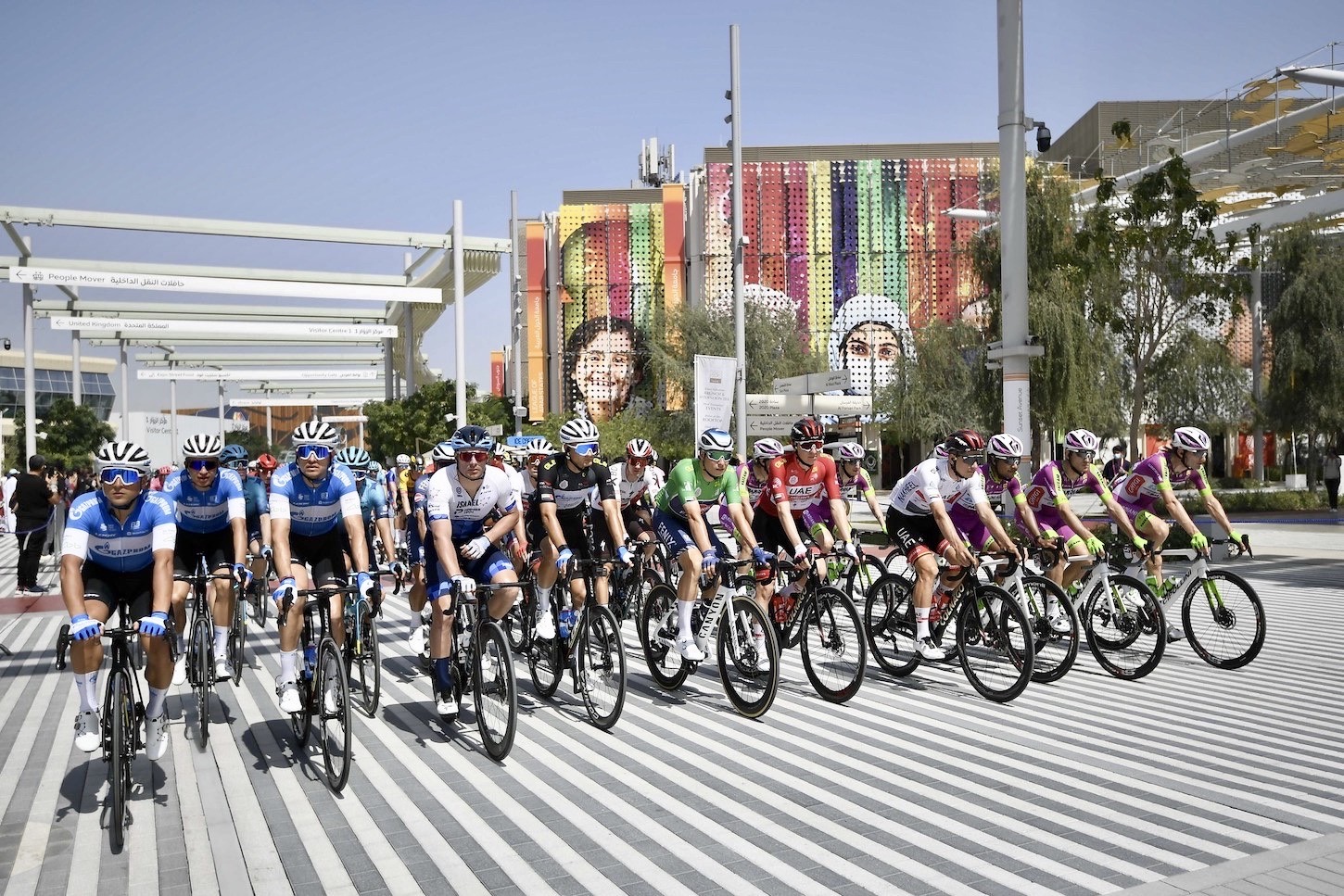 Gazprom rider Mathias Vacek won stage six of the UAE Tour today, following a thrilling finish in Dubai that saw the 19-year-old neo-pro secure the biggest victory of his career.

There were six riders up front as the race headed into the final 3 kilometers, with Vacek and his teammates Dmitri Strachov and Pavel Kotsjetkov in contention, while the Bardiani-CSF-Faizanè duo Johnatan Canaveral and Alessandro Tonelli were also in the mix alongside Paul Lapeira from AG2R-Citroën.

In the end, Vacek proved to be the fastest out of the breakaway group, with Lapeira crossing the line in second, while Strachov took third place. Race

Today’s penultimate stage started and finished at the Expo 2020 Dubai site, which saw 140 riders compete along 180 kilometers of some of Dubai’s glitziest landmarks, taking in places such as the Dubai Sports City, the Silicon Oasis Meydan Racecourse, Palm Jumeirah and the Jumeirah Islands, before the race reached its climax at the Expo.

While the route favored a bunch sprint, the previously mentioned sextet managed to escape the peloton early-on, later building up a modest gap of around five minutes before it began to dwindle.

Since none of the breakaway riders posed a threat to the overall classification, the peloton was content sitting back and letting various teams control the gap.

Back up front, things got animated during the final 10 kilometers, with five of the original escapees still clinging to a one minute advantage.

However, their gap took a huge hit during the final kilometer, prompting Vacek, Strachov and Lapeira to go on the attack, with the Czech rider emerging victorious.

Meanwhile, Tadej Pogacar still leads the GC after stage six with a time of 22:16:02, while Filippo Ganna (Ineos Grenadiers) and Aleksandr Vlasov (Bora-Hansgrohe) are 4:14 further back.

The final standings will be decided in the seventh and final stage on Saturday, after riders complete a 148 kilometer route from Al Ain to Jebel Hafeet, in what is set to be a pulsating mountaintop finish to the UAE Tour.