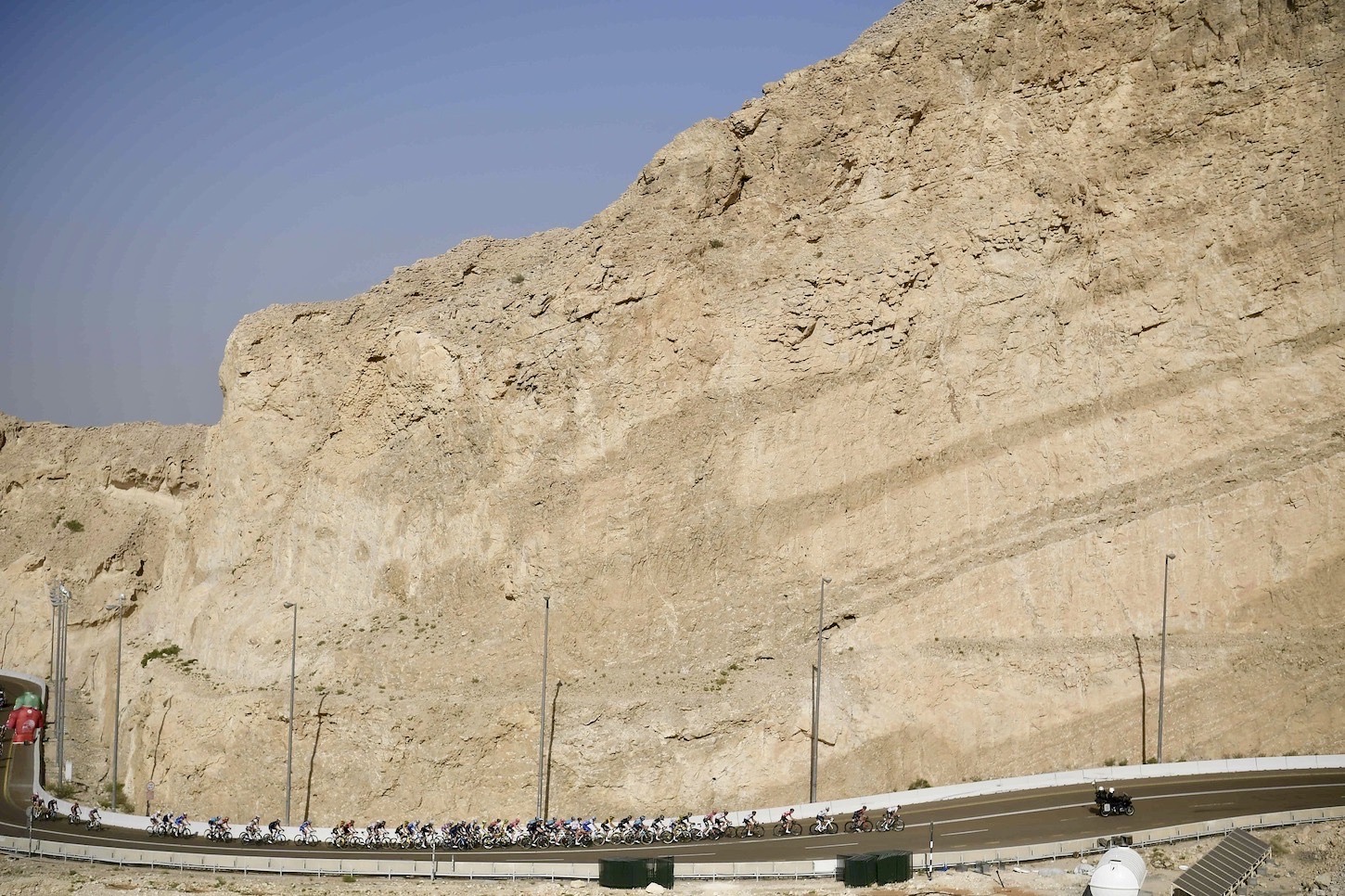 Tadej Pogačar claimed the seventh and final stage of the UAE Tour today, sealing the overall victory after holding off a challenge by Ineos Grenadiers’ Adam Yates during  the last five kilometers of the race

“It’s really important, a really big goal for us as a team,” said Pogačar after the win. “It’s the first race of the season but for us it’s one of the most important races so I’m super proud and happy.”

“I was in the [overall] lead ahead of him so I didn’t need to attack [Yates], I just had to follow.”

“We all know his attacks are one of the best in the world. At one moment I was really suffering but luckily Adam also slowed down a bit, so it went all perfect for me. I’m so happy to take the win here for the third time. I guess it suits me well, it’s a really hard climb but then in the end there’s a bit of tactical play always.”

However, following the stage’s long, flat preamble to the final climb of Jebel Hafeet, the breakaway group was clinging to just a 50-second advantage before being reined-in.

With just a little over 3 kilometers to the summit, Yates made the first move, but was unable the shed Pogačar.

Behind them, Bilbao and João Almeida followed, both taking turns to counter once the pace relented.

As the group of four passed under the flamme rouge, Yates launched a last-ditch effort. But, Pogačar was wise to the British rider’s move, following his wheel with ease.

Still seated, the Slovenian rider came round the right side of Yates, later rising out of the saddle with a fierce acceleration that proved  insurmountable for his rival.