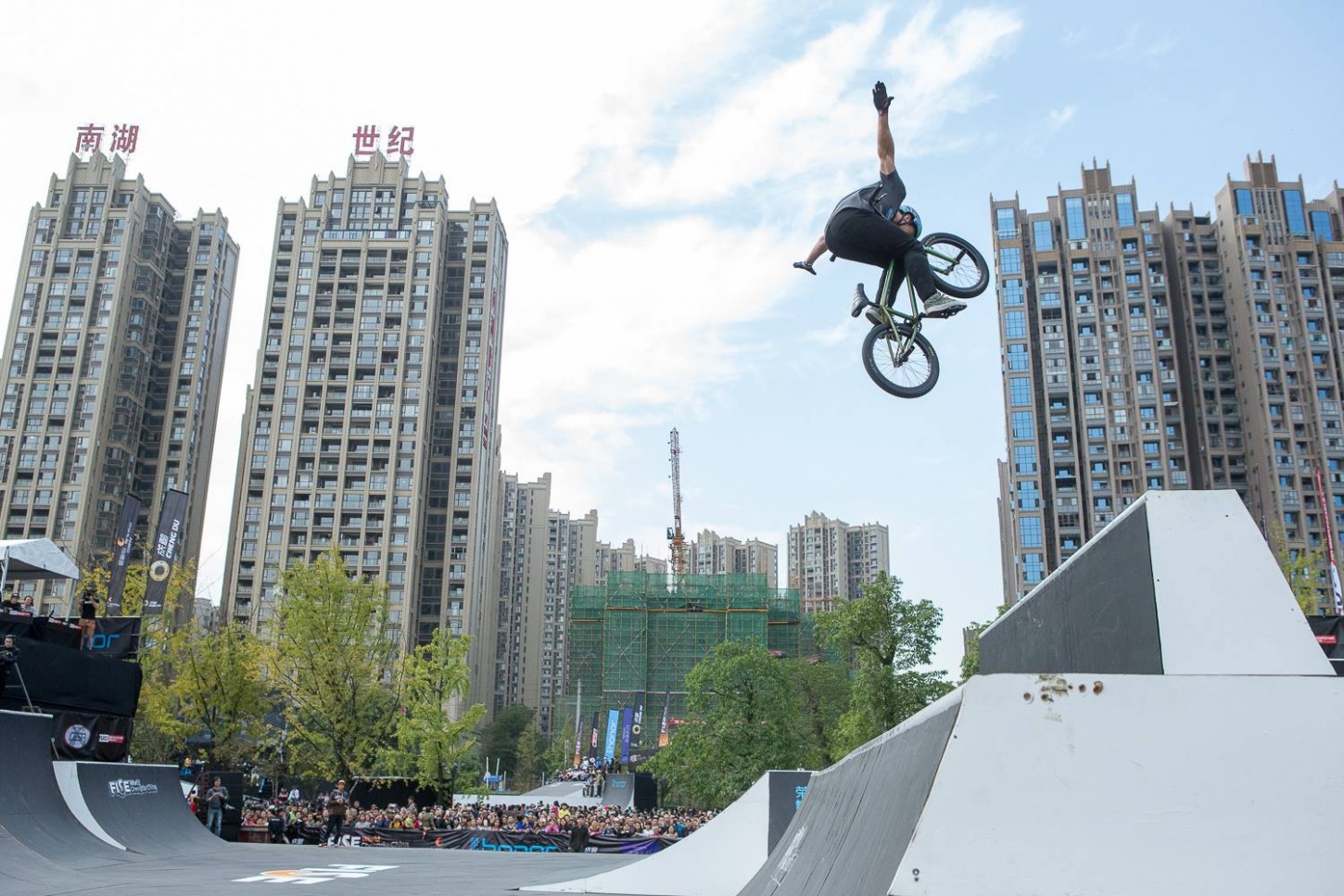 It was a great comeback for the young Australian who had a shaky start to the UCI World Cup competition with a disappointing sixth place in the opening round in Montpellier (France) at the beginning of May. After bouncing back with a win in Osijek (Croatia) in July, Martin crashed a couple of times in the finals of the Denver (USA) round on September 5th and had to make do with another sixth place. But he was back in winning form two weeks later in Edmonton (Canada), taking first place and the overall lead. He confirmed in China last weekend to become the winner of the inaugural UCI BMX Freestyle Park World Cup.

“I’m so pumped on pulling both my runs and I’m still on such a high since winning…” he declared on social media after his victory in Chengdu.

It was not all plain sailing however as the Australian had to contend with the consistency and flair of Venezuela’s Daniel Dhers, who with three second places in the first three rounds, was still in the overall lead going into the penultimate round. But after finishing only 7th in Edmonton, the Venezuelan star lost his lead to Martin, and despite an inspirational demonstration of tricks in Chengdu, fell short of victory.

Third place in China went to young American Colton Walker who, at 18 years of age, will no doubt continue to leave his mark on the international scene.