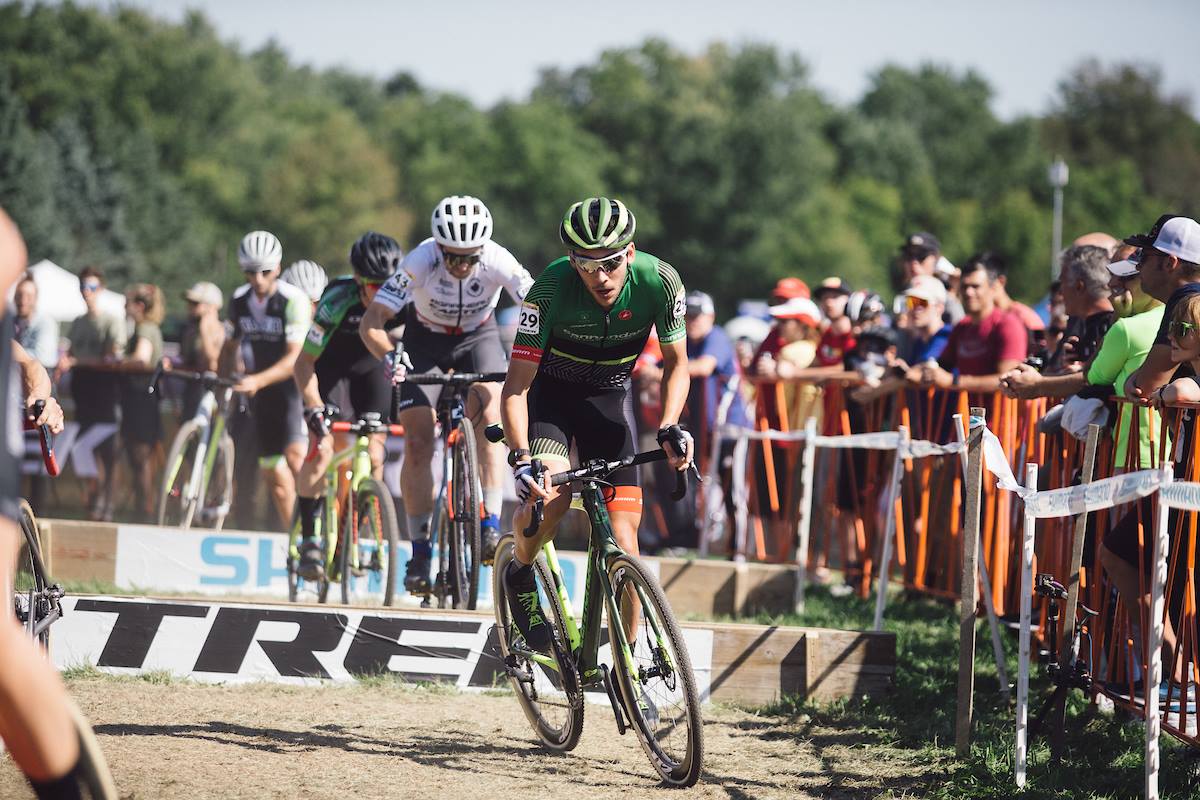 The 2018-2019 Telenet UCI Cyclo-cross World Cup kicked off with in Waterloo, Wisconsin (USA) on a  3100m twisting course featuring a steep climb shortly before the finish.

Elite Men UCI World Champion Wout Van Aert (Belgium) managed the hole shot and led the pack through the first corners. Seven riders survived the selection of the opening laps, however the fourth lap saw three riders drop off the pace and another two go down, leaving Van Aert and Aerts up front. Three laps later, Aerts opened a small gap on the UCI World Champion, and by the final lap had a 15s lead which he extended to 34s as he rode to his first-ever World Cup victory. Van Aert had to make do with 2nd, with Laurens Sweeck (Pauwels Sauzen – Vastgoedservice) finishing third.

The women’s race came down to a two-way battle between American Ellen Noble (Trek Factory Racing CX) and Marianne Vos. Even a tumble at the end of the third lap did not deter Noble who got back on her bike and again took command of the race, holding off the chasers. On the final ascent, seven-fold UCI World Champion Vos (31) took the lead, storming to her 21st World Cup win. Katerina Nash (CZE) shook off Evie Richards (21) in the final lap for third place. With her 4th place, Richards, the reigning U23 UCI World Champion, takes the UCI World Cup lead in the Women U23 category.

Young Ellen Noble impressed on the technical course of Waterloo on Sunday. The 22-year-old from Westhampton, Massachusetts, took control of the race from the start with 7-fold UCI World Champion Marianne Vos on her wheel. It’s the same racing style that earned her the silver medal at the Women U23 UCI World Championships in 2017 in Bieles, Luxembourg. The course in Waterloo clearly suits her: last year, she finished third in Waterloo behind UCI World Champion Sanne Cant and Kaitlin Keough, her previous best-ever World Cup result.