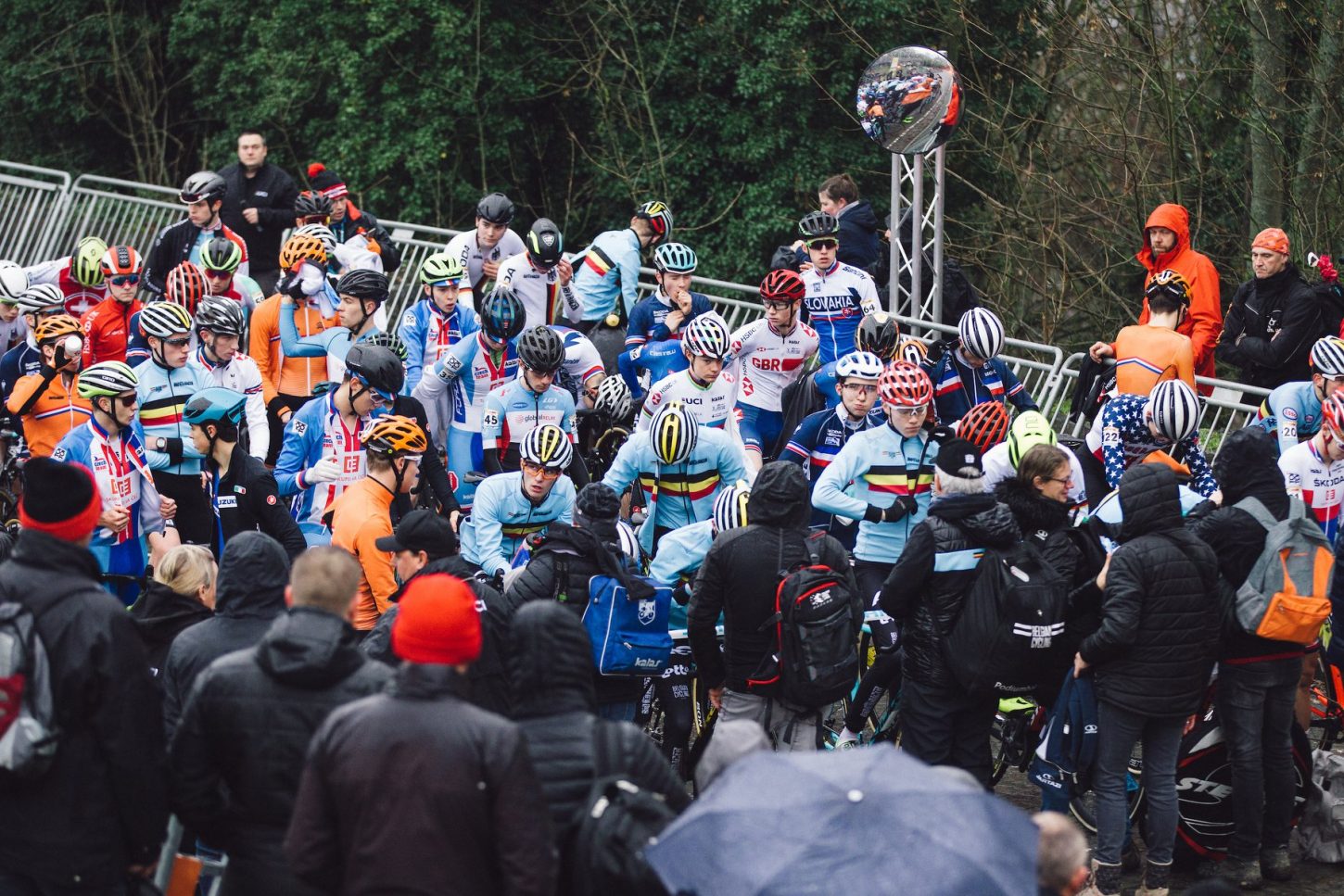 The sixth round of the Telenet UCI Cyclo-cross World Cup was held on the slopes of the citadel of Namur in Belgium, widely acknowledged as one of the most spectacular courses on the circuit. The race featured a record number of participants with no fewer than 283 riders from 21 nations spread across four continents. And on the day before Christmas Eve, it was Dutch riders Mathieu Van der Poel (Corendon-Circus) and Lucinda Brand (Team Sunweb) who coped best with the mud as well as the steep drops and climbs to take solo victory in the rain.

The podium in the Men Elite category was a carbon copy of the previous rounds in Berne and Koksijde, with European Champion Van der Poel (23) once again taking a commanding win ahead of UCI World Champion Wout van Aert (Belgium), who was unable to recover from a poor start. Third was Toon Aerts (Telenet Fidea Lions), who remains World Cup leader with a lead of 17 points over Van Aert. With his fourth consecutive win however, Van der Poel has moved up to third place in the World Cup standings.

Lucinda Brand (29) made a relatively slow start in the Women Elite category but charged to the front on the long climbs in Namur. The Dutch Champion caught up with and overtook the lead group halfway through the race to secure an impressive solo victory – her second World Cup win of the season after her maiden success in Tábor (Czech Republic) in November. Marianne Vos (Waowdeals Pro Cycling Team) came in half a minute adrift, with the all-Dutch podium rounded out by European champion Annemarie Worst (Steylaerts-777). Vos’ second place strengthens her lead in the World Cup standings over UCI World Champion Sanne Cant (Corendon-Circus), who was a distant 13th in Namur.

Ceylin del Carmen Alvarado (Corendon-Circus) finished ninth and was the first of nearly 40 riders in the Women Under 23 category. Fleur Nagengast (Telenet Fidea Lions) came in 16th and took over the World Cup lead from Evie Richards (Trek Factory Racing CX), last year’s surprise winner in Namur who was ruled out this time around with a knee injury.

The Men Under 23 category was won by Thomas Pidcock (Great Britain), who came in ahead of Jakob Dorigoni (Italy) and UCI World champion Eli Iserbyt (Belgium). Pidcock thus maintains his comfortable lead in the World Cup standings courtesy of this, his third World Cup win of the season.

An unexpected name in the top 5 of the Women Elite category was Jolanda Neff (Trek Factory Racing CX), with the 25-year-old Swiss athlete recording a career best performance. She caught the eye, clocking the fastest lap time of any rider throughout the end of the race ultimately falling just four seconds short of the podium in her first cyclo-cross race of the season. Neff is a mountain biking expert in the cross-country discipline where she has an impressive record, winning the UCI World Championship, three UCI World Cups and three European Championships, no less, Last season, Neff debuted in the cyclo-cross World Cup and recorded three top 10 results, but her hopes of glory at the 2018 Valkenburg UCI Cyclo-cross World Championships were dashed when she crashed out injured a week prior to the event at the final World Cup round in Hoogerheide.