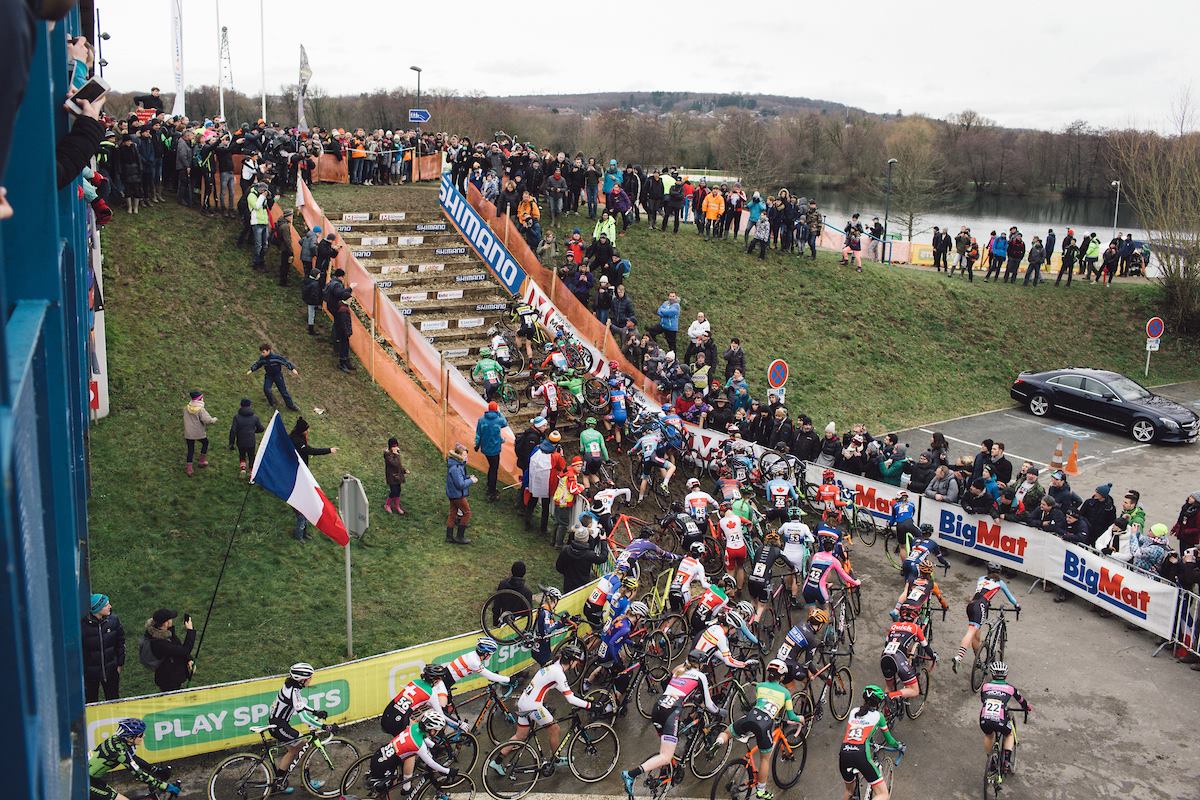 With a commanding solo victory, Mathieu Van der Poel (Corendon-Circus) has secured his first-ever Men Elite overall UCI World Cup victory. His win comes 19 years after the World Cup victory of his father Adrie in Nommay. On Sunday, the Dutch rider rode away from reigning UCI World Champion Wout van Aert (Crelan Charles) in the third of nine laps, eventually finishing half a minute ahead of his Belgian rival, who has won the World Cup overall the last two seasons. Toon Aerts (Telenet Fidea Lions) finished a distant third.

US Champion Katie Compton captured her 24th win in a round of the World Cup on Sunday. Compton led from the start and finished nearly a minute ahead of her compatriot Kaitlin Keough (Cylance Pro Cycling). Nearly half a minute later, the home fans celebrated Pauline Ferrand-Prévot’s third place (Canyon // SRAM Racing). UCI World Champion Sanne Cant (IKO-Corendon) only managed 12th place but still leads the World Cup standings and is assured of the overall win.

Since starting her cycling career as a tandem pilot for a visually impaired cyclist, Katie Compton has clocked up an impressive palmarès in cyclo-cross. Her World Cup win on Sunday was the 24th of her career and her third in Nommay after 2008 and 2009. Unbeaten US Champion since 2004, she won the overall UCI World Cup title in 2012-2013 and 2013-2014. Although a dominant force in cyclocross, Compton has never claimed a world title, despite cracking the podium at Worlds on four occasions (2007, 2009, 2011 and 2013). In Valkenburg she’ll make another attempt to win her first world title.