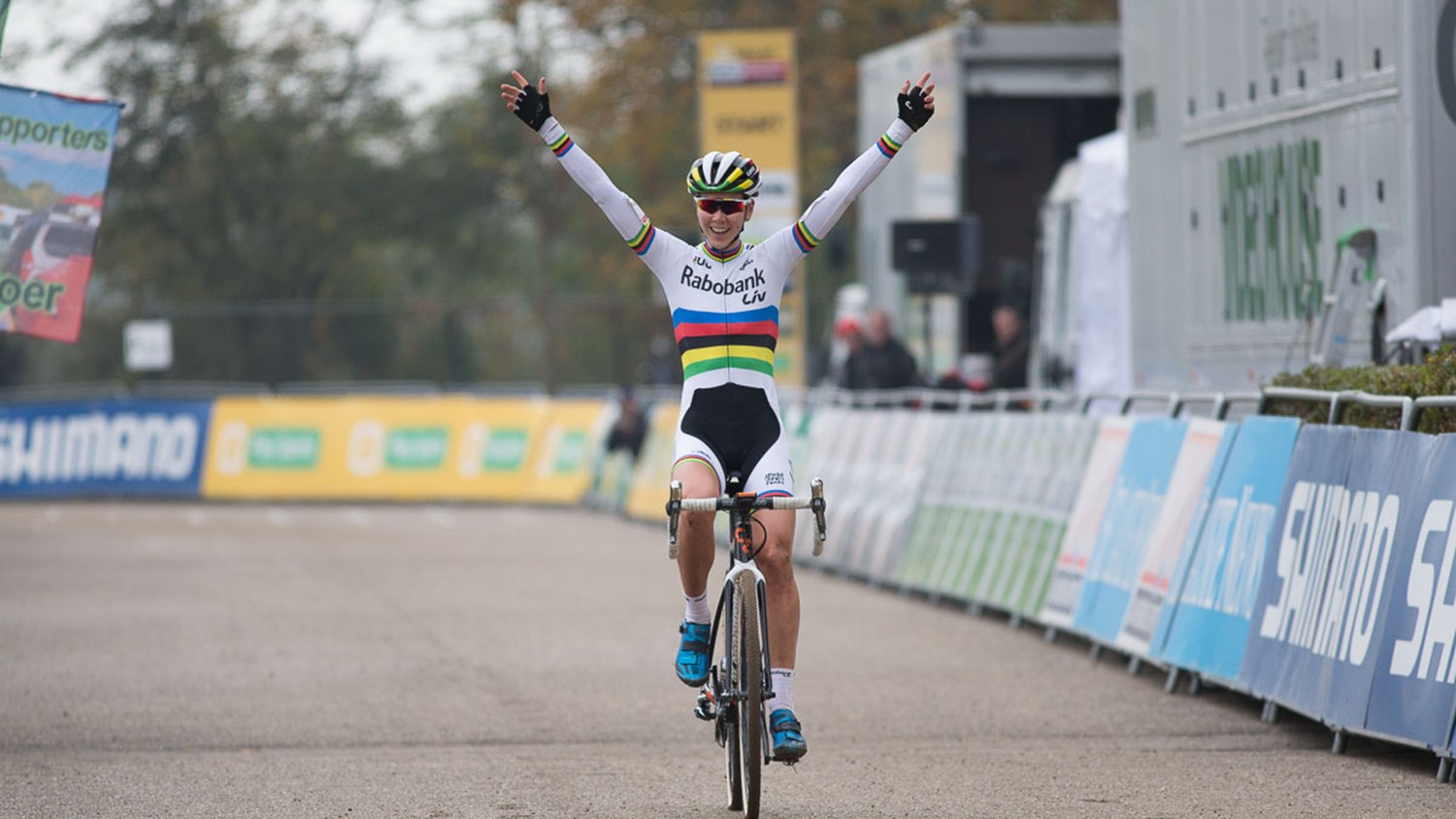 The Men Elite race was expected to be another duel between Dutch Champion Mathieu van der Poel (Beobank-Corendon) and UCI World Champion Wout Van Aert (Crelan-Vastgoedservice Continental Team). Since van der Poel’s return to racing at the beginning of the month after knee surgery, the two youngsters have alternated wins. This time Van der Poel completed a 3-lap solo in the 9-lap race, holding off the return from Van Aert. With his second place, Van Aert remains in the lead of the World Cup standings with 230 points in front of Laurens Sweeck (ERA Real Estate-Circus), 9th in Valkenburg.

Italian Champion Gioele Bertolini won the Men Under-23 race in front of Dutchman Joris Nieuwenhuis and Quinten Hermans (Belgium). The Men Junior race came down to a two-way sprint at the end of the five laps, with Yenti Bekaert (Belgium) getting the better of French athlete Antoine Benoist. Andreas Goeman (Belgium) was third.

– What you should know about… the Flemish Dunes Cross in Koksijde –

The Koksijde event in Belgium is renowned for its North Sea dunes which dominate the 2890-metre long course at the military airbase. Loved or hated, it’s the only World Cup round which includes so many sand sections. The first edition of the Flemish Dunes Cross was held back in 1969 with Roger De Vlaeminck (BEL) as winner. There have been two UCI Cyclo-cross World Championships on the course, in 1994 and 2012, with winners Paul Herygers (BEL) and Niels Albert (BEL) having the major dunes named after them: the Herygers-dune and Niels Albert-dune.

Sanne Cant is the current leader of the UCI Ranking in the Women’s category. The 26-year-old Belgian Champion is also the winner of the two previous editions of the UCI World Cup. She underperformed at this year’s opening rounds in the USA but now proved she’s back on top of her game on a hilly course that didn’t suit her too well. At next month’s sandy World Cup round in Koksijde, Belgium, she’ll surely be the favourite for victory on home soil where she won the last two editions.