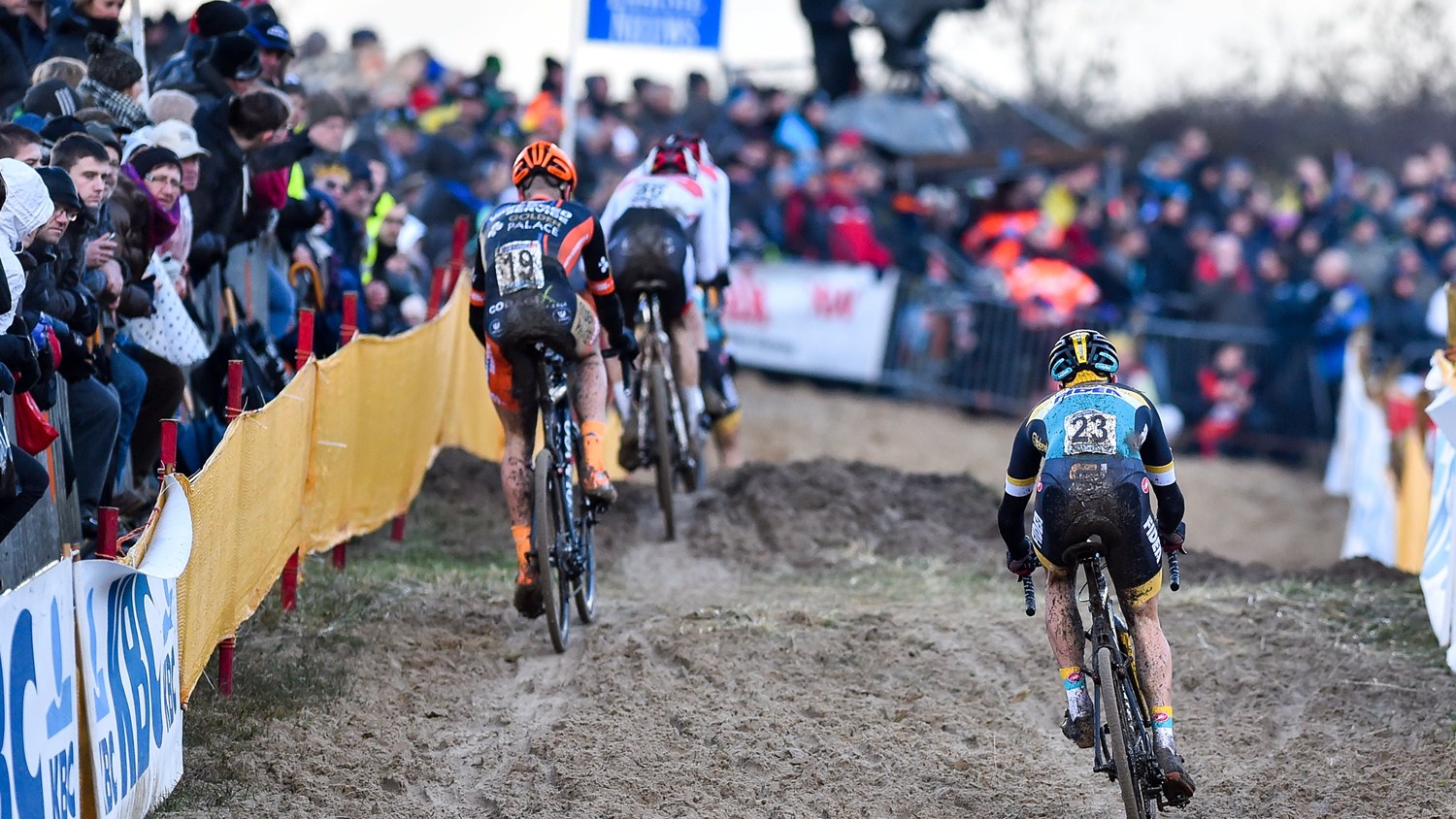 Despite suffering a cracked toe during a crash in CrossVegas, Van Aert took victory again in Iowa City, this time in front of Kevin Pauwels (Marlux-Napoleon Games Cycling Team) and Sweeck.

Van Aert, who also took the award at both events for the fastest lap, logically tops the World Cup standings. He has a total of 160 points, thirty more than Laurens Sweeck. Pauwels is third with 109 points.

In women’s racing, Dutch rider Sophie de Boer, 25, celebrated the second World Cup victory of her career in CrossVegas beating older rivals Katerina Nash (Luna Pro Team) and US Champion Katherine Compton in the final sprint. On Saturday afternoon Compton, 37, bounced back with a splendid solo victory in Iowa City in front of French Champion Caroline Mani and young American Kaitlin Antonneau. After clocking the fastest lap time of the day in the opening lap, Nash, 38, encountered mechanical problems during the third lap and went on to finish fourth at 48s. Katherine Compton tops the World Cup standings with 145 points. Nash is second (130 points) followed by De Boer a further two points back after finishing 7th in Iowa City.

2016 is only the second time in UCI World Cup history that the biggest international cyclo-cross series visits the USA. Last year CrossVegas was the only round to feature in the series. This year Jingle Cross Iowa City received the upgrade to World Cup status, becoming the second-ever US race to feature in the UCI World Cup. Jingle Cross is a charity event, offering its profits to the University of Iowa Children’s Hospital. The race was traditionally held in late November or early December, hence its name with a Christmas theme. For this year’s World Cup, the race was moved to September, earning it the label ‘Christmas Comes Early!’.

After the retirements of Sven Nys and Niels Albert it is Wout Van Aert, 22, who took over the role of top Belgian cyclo-cross rider. The slim but powerful man from Herentals excels on physical courses but also has thetechnical skills to battle along on more technical courses. During the build-up to the cyclo-cross season he captured four victories on the road, including the prologue at the Tour of Belgium.