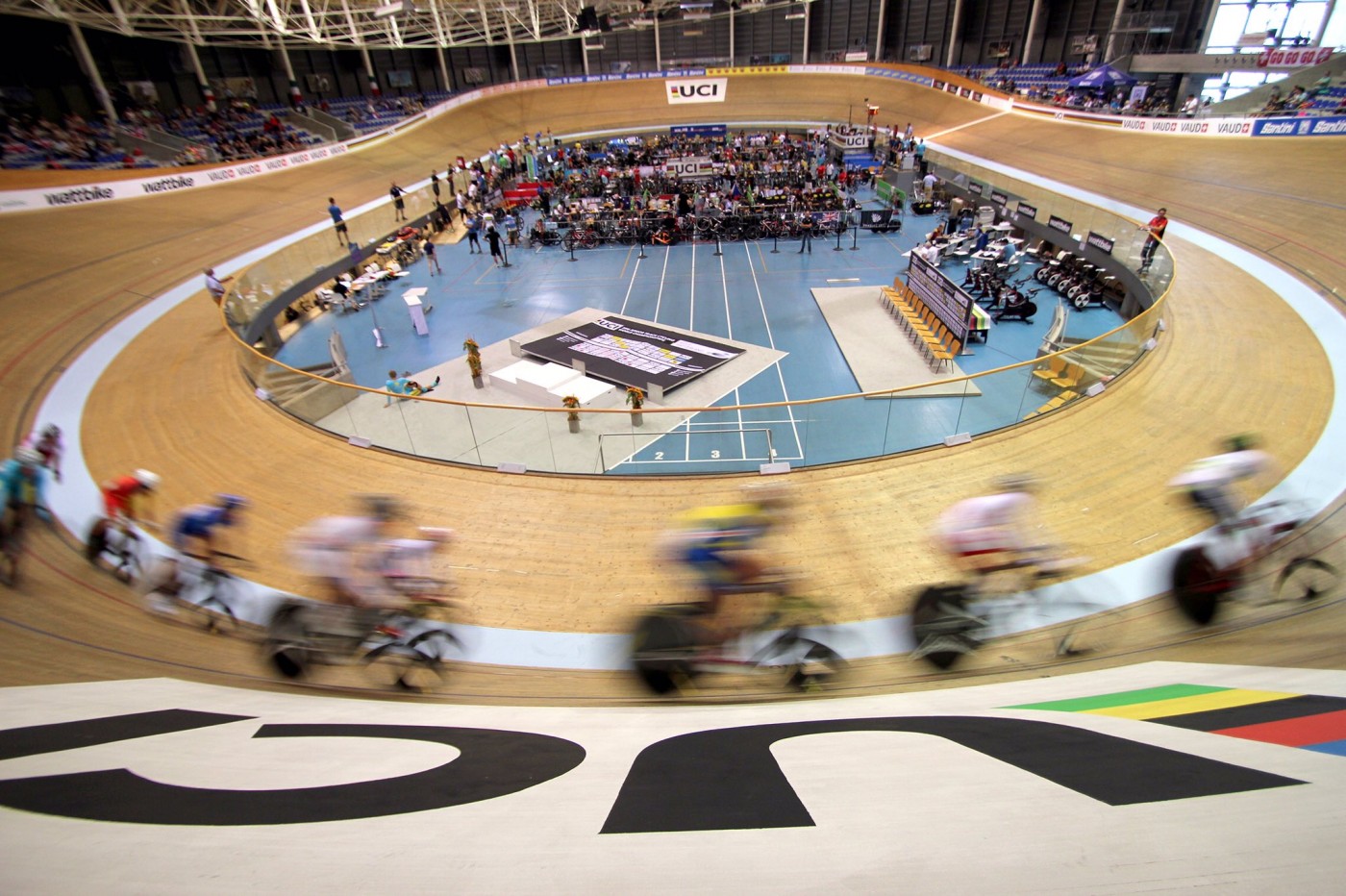 The second day of the UCI Junior Track Cycling World Championships at the UCI World Cycling Centre in Aigle, Switzerland, saw two new world records (awaiting ratification) and a gold medal for one of the UCI WCC’s own trainees, from Mongolia.

In total, five world titles were awarded on Thursday. A look at the new Junior UCI World Champions.

The first Final of the evening saw the world mark lowered twice. Setting off in 14th position, China’s Yufang Guo set a sizzling time of 34.571 lowering the world record held by the defending champion Pauline Grabosch.

However, Grabosch, the 29th and final rider to set off, did not succomb to the pressure and claimed back the record, completing the 500m in 34.023 seconds.

“I saw her (Guo’s) record but I was listening to music,” said Grabosch. “I knew I could go fast but not that fast. I am a starter, so for me the most important are the first seconds out of the starting machine. I felt very good today and knew I was going fast.”

Third place went to Korea’s Soohyun Kim, who is very familiar with the UCI WCC track: she trained at the centre for six weeks at the end of 2015.

The second world record of the evening went to New Zealand in the Men’s team pursuit. In the final against Denmark, Campbell Stewart, Jared Gray, Thomas Sexton and Connor Brown stormed home for victory in 4:01.409, knocking more than a second off Australia’s existing record.

“In the qualifications yesterday I realised what we could do, as we already rode 4:03,” said Campbell Stewart after their victory. “Then in the first round this morning we were on schedule to go even faster before the race was stopped (they caught their opponents – ed). This is something really special.”

For Mongolia’s first participation at this event, they claimed a gold medal in the Scratch Race. It was also a celebration for the UCI World Cycling Centre, where Batsaikhan Tegshbayar has been training since April.

After only just qualifying for the final in the afternoon, he unleashed everything in the evening, hitting out with eight laps to go and racing to gold.

“I am so happy,” he said. “I dreamed of the rainbow jersey and now I am wearing one. This is a new story for Mongolia. I have been at the Centre (UCI WCC) since April and the training is very good. It has helped me.”

“Although I knew I was in good form, anything can happen in a race and everything doesn’t always go to plan. Around 40 meters to go I was thinking ‘maybe I have this’. But I didn’t let myself celebrated until after the line.

“I was a little bit disappointed with the silver medal in the team sprint yesterday but this has given me a lift. I have been working hard since last year to get a rainbow jersey.”

After breaking the world record (still awaiting ratification) at the European Championships in Montichiari, Italy, last week, the Italian team were hot favourites. They did not disappoint.

Elisa Balsamo, Martina Stefani, Chiara Consonni and Letizia Paternoster (who won gold in the points race yesterday) comfortably won the final against New Zealand, with France taking bronze in the race against Canada.

Elisa Balsamo explained that it was not easy for the team to race at the UCI WCC after their performance last week.

“Last week we won in Italy on a track that we know and where we train all the time. We can ride round it with our eyes shut. Here we had to get used to a 200m track. It is different but now we are very happy.”