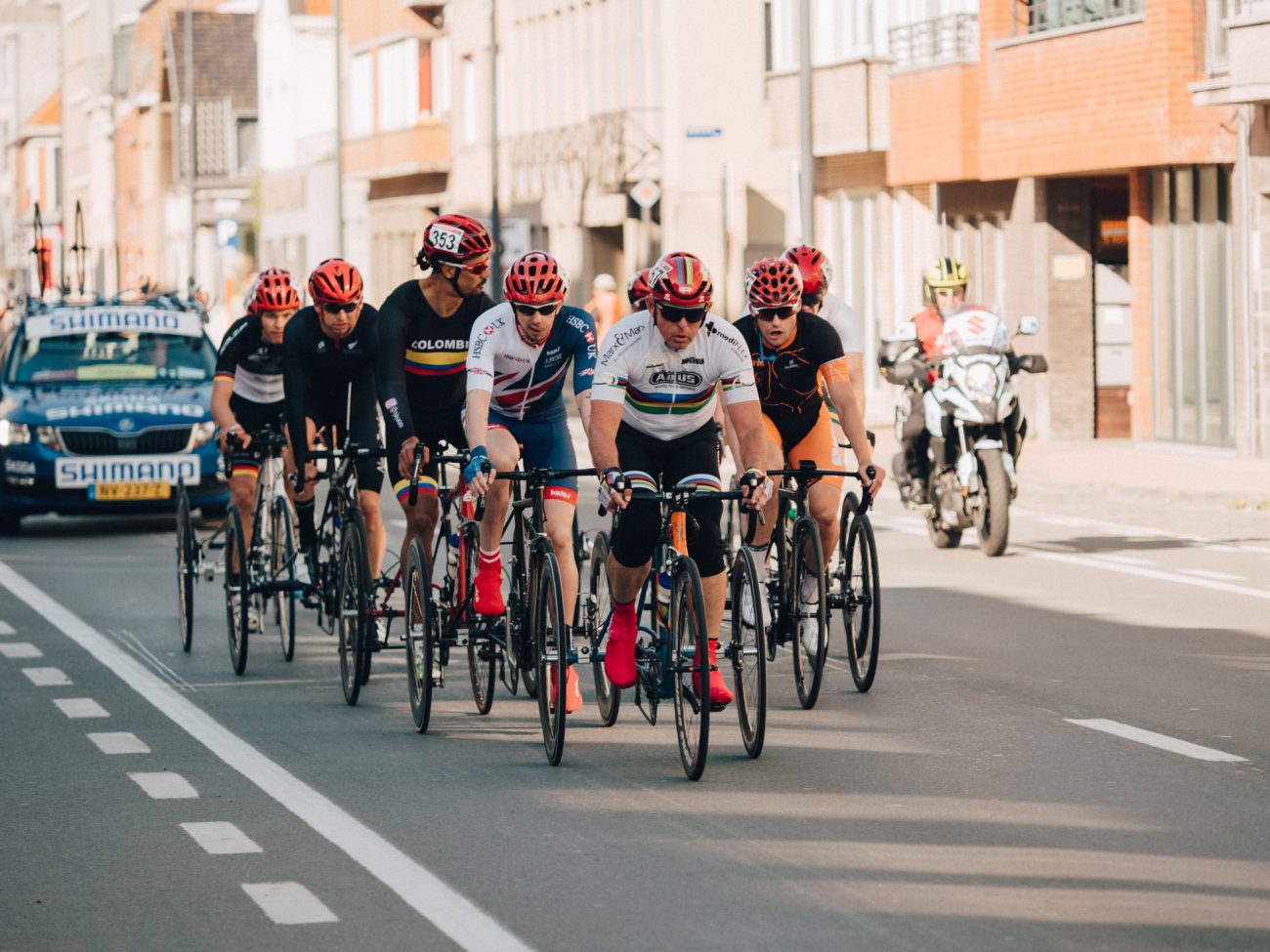 The first round of the 2018 UCI Para-cycling Road World Cup took place in Ostend, Belgium, on May 3-6. This is the ninth year of the discipline’s Road World Cup, with three events taking place between now and mid-August.

Jetze Plat of the Netherlands swept the Men’s H4 category at the first round of the 2018 UCI Para-cycling Road World Cup in Ostend, Belgium, winning both the time trial and the road race. Previously classified H5, Platz began using a handcycle as a child to cycle to school. At the Rio 2016 Paralympics in Brazil, Platz won a bronze medal in the men’s H5 road race, and a gold medal in the PT1 category of the triathlon.