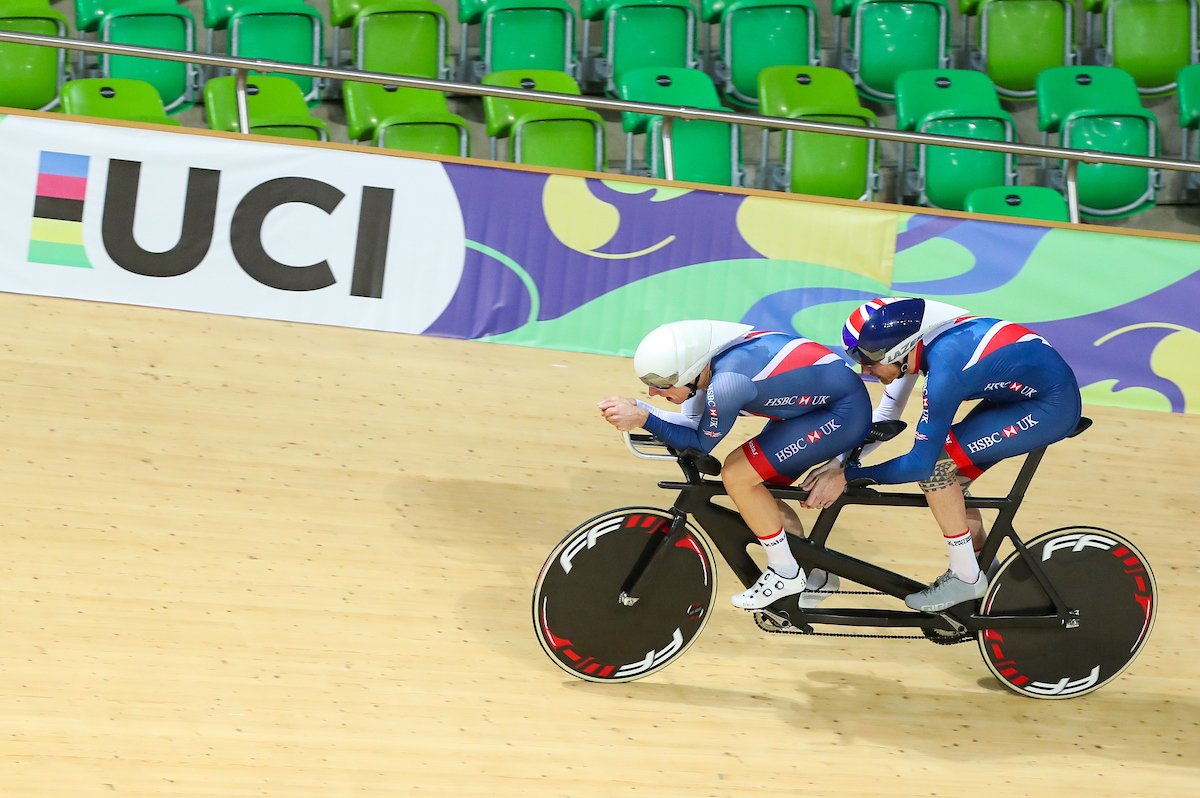 The 2018 UCI Para-cycling Track World Championships kicked off yesterday in Rio, Brazil, in a velodrome full of Paralympic memories.

Taking place at the Velodromo Municipal do Rio, it marks the first time since the 2016 Olympic and Paralympic Games that an International Federation has returned to the Barra Olympic Park for an event of this stature. Not surprisingly, the competitions drummed up strong emotions and souvenirs for many of the athletes.

Germany’s Denise Schindler was able to lay demons to rest to claim the World title in the WC3 individual pursuit. Disqualified during qualifications at the Rio 2016 Paralympics, the determined athlete could not hide her emotion on the podium in the same velodrome this evening: “I was so disappointed in 2016 to be disqualified and not to be able to show my strength. But I have made peace with it. That’s part of being a professional athlete. I didn’t come here with anger, I was just looking forward to showing what I was capable of. And I think I have done that!”

Victory was also particularly sweet for Alfonso Cabello Llamas in the C5 Kilo. Injured since his bronze medal at the Rio 2016 Paralympic Games, the Spaniard and world record holder returned to competition in the Paralympic velodrome at the weekend, taking the world title.

“The last year has not been easy and I still cannot train to 100%,” he explained. “I was very excited to come back to this velodrome but I really wasn’t sure I could win. I have been taking things day by day and it has been very difficult. To win today is phenomenal. It is without doubt my most beautiful medal yet!”

His time of 1:04.748 in the Rio velodrome was more than one second ahead of two British riders Jon-Allan Butterworth (2nd) and Blaine Hunt (3rd).

Cabello Llamas was one of four time trial UCI World Champions crowned in Rio on Thursday.

Great Britain’s Jody Cundy was once again the fastest in the C4 Kilo but still savours victory as much as when he started out: “It may be my 14th jersey, but the feeling is just as good pulling this one on as the first.”

In her first international track event since taking up para-cycling in May 2017, the Netherlands’ Caroline Groot took the rainbow jersey in the C5 time trial. The second athlete to set off, Groot set an early fast time of 36.575 for 500m but had to watch nine other opponents before her title was confirmed.

“I was so surprised when I saw my time because I didn’t feel fast,” explained Groot whose previous best over the distance was 37.4. “I was expecting some of the other riders to go faster. I just can’t believe it!”

Meanwhile China claimed gold in the other Women’s time trial medal race of the day, in the C4 sport class, with Jianping Ruan taking honours in front of New Zealand’s Katherine Horan and Australian Emily Petricola.

After a morning of qualifications, the individual pursuit finals in the afternoon saw six UCI World Champions crowned.

Canada’s Tristen Chernove (C2) and Australia’s David Nicholas (C3) successfully defended their titles from 2017, although the task was not easy according to the Aussie athlete: “It’s very difficult to come and win again,” admitted Nicholas after his final. “You have a lot more pressure but I tried to focus on my race and go hard until the end.”

Along with Denise Schindler, the other women’s individual pursuit UCI World Champions on Day 1 were Great Britain’s Katie Toft (C1) and the Netherlands’ Alyda Norbruis (C2).