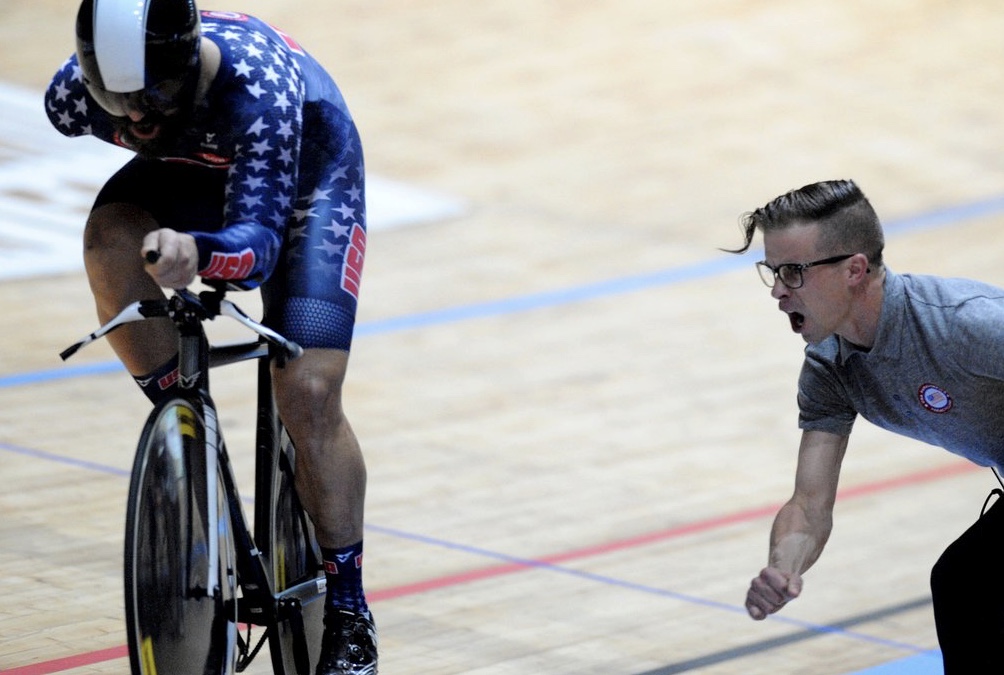 Second day, second world title and second world record! That was the achievement of Great Britain’s Megan Giglia on Friday at the UCI Para-cycling Track World Championships at the Montichiari Velodrome in Italy.

Giglia set a new world best of 41.761 seconds in the women’s C3 500 m time trial. The British rider surpassed the previous world record of 42.955 held by the USA’s Jamie Whitmore Cardenas, who finished third in Montichiari with 43.484. Denise Schindler (43.159) of Germany secured the silver medal.

Later in the evening, Schindler won her third medal of the Championships with a bronze in the scratch race won by China’s Sini Zeng. Colombia’s Daniela Carolin Banani took silver.

The men’s C3 1,000 m time trial will also go down in history, but for another reason. Sergey Batukov (Russia) and Eduardo Santas Asensio (Spain) both covered the distance in exactly 1 min 10.317 secs to tie for the bronze medal. This is the first time in the history of the UCI Para-cycling Track World Championships that two athletes could not be separated in a timed event. Leading the way was the USA’s Joseph Berenyi (1 min 09.534 sec) who edged out Russia’s Alexey Obydennov (1 min 10.120 sec) after a thrilling race full of drama. After a below par start, the man from Illinois gave everything to make up his initial deficit and cross the line with the fastest time.

The Dutch rider Arnoud Nijhuis smashed the world record in the C1 1,000 m time trial which had been held by China’s Zhang Yu Li since the London Paralympic Games with his mark of 1 min 13.009 secs. Nijhuis rewrote the record books by setting a new time of 1 min 12.423 secs. Li, world record holder and gold medallist in the pursuit on Thursday, took silver in 1 min 12.597 sec followed by Argentina’s Rodrigo Fernand Lopez with bronze (1 min 20.296 sec).

The Dutch national anthem was played again after the women’s C2 500 m time trial as the rainbow jersey was presented to Alyda Norbruis. This was the second medal in Montichiari for the rider, who established a world record at last year’s World Championships in Apeldoorn, after a silver the previous day in the pursuit. Amanda Reid (Australia) and Zhenling Song (China) finished second and third in the time trial respectively.

Canada’s Tristen Chernove continued the good work he had started the day before. After winning the C2 pursuit on Thursday, Chernove won again, this time the 1,000 m time trial ahead of Hao Xie (China) and Louis Rolfe (Great Britain).

In the gold medal final of the men’s event, Australia’s Kieran Modra and David Edwards (pilot) got the better of Spain’s Ignacio Avila Rodriguez and Joan Font Bertoli (pilot) who had been fastest in the morning qualifying session. Canadians Daniel Chalifour and Jean-Michel Lachance (pilot) took bronze with victory over the British pair of Stephen Bate and Adam Duggleby (pilot).

Jieli Li of China was the only rider entered for the women’s C1 500 m time trial.

To conclude, it is worth repeating that another world record was set on the first day by British rider Kadeena Cox (C4), who covered the 500 m of her time trial in a stunning time of 37.456 seconds.

The action continues on Saturday with time trials, individual pursuits and scratch races on the penultimate day of the programme.