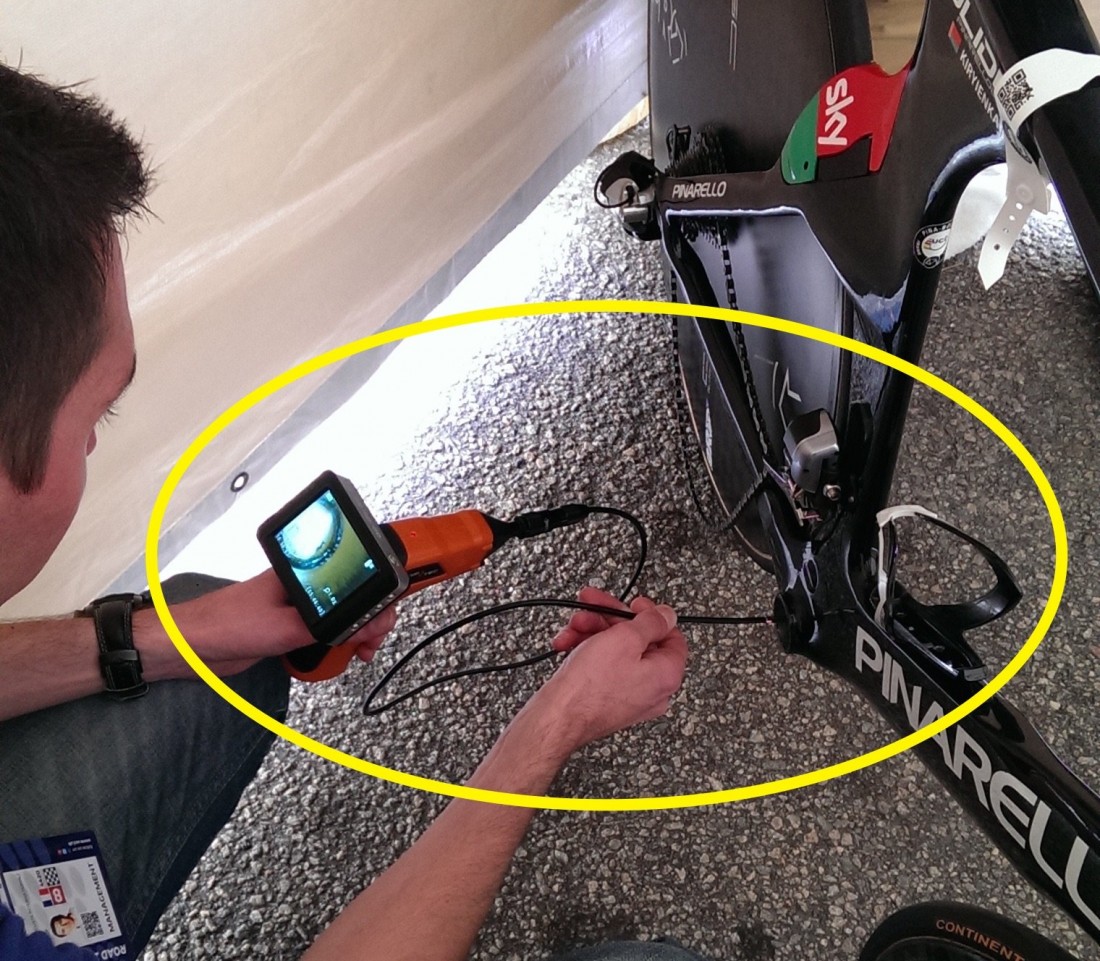 After conducting an unprecedented number of bike checks using thermal imaging devices during this year’s Tour due France, cycling’s governing body, the Union Cycliste Internationale (UCI), was pleased to announce today, that no hidden metors were discovered in team bikes.

Over the course of the 3 weeks, race officials conducted more than 3,770 unannounced bike checks across all 20 teams – before, during and after all 21 stages.

UCI president Brian Cookson said, “This demonstrates our absolute commitment to leave no stone unturned in a matter that if not tackled properly, could seriously damage the renewed reputation of cycling.”

The Union Cycliste Internationale (UCI) today confirms that it has tested extensively for technological fraud on this year’s Tour de France. Tests have all been carried out unannounced, prior, during or after racing, throughout the 21 stages of the three-week event. All checks have been negative.

3,773 tests have been performed using magnetic resistance technology. Since first deploying this new scanning method in January, the UCI has tested more than 10,000 bikes at many races in different disciplines and in different gender and age categories. It is with this method that the only case of technological fraud to date was detected at the 2016 UCI Cyclo-cross World Championships in Heusden-Zolder (Belgium). The discovery of a concealed engine in one of the bikes of Femke Van den Driessche later led to the rider being imposed a six-year ban and a significant fine by the UCI Disciplinary Commission.

To both assess their performance and to ensure a varied and unpredictable testing protocol, the UCI has also used supplementary methods of detection at the Tour, such as thermal imaging and X-rays. All additional tests verified the results obtained using magnetic resistance technology.

UCI President Brian Cookson said: “I want to thank the UCI staff for its hard work and dedication in testing so many bikes over the past three weeks. This demonstrates our absolute commitment to leave no stone unturned in a matter that if not tackled properly, could seriously damage the renewed reputation of cycling. I would also like to thank the riders, the teams, the organiser of this year’s Tour, as well as the French police – in particular the Office Central de la Lutte contre les Atteintes à l’Environnement et à la Santé Publique (OCLAESP) – for their co-operation and support. We will continue to test bikes heavily throughout the rest of the season, and do everything in our power to make sure this form of cheating stays out of our sport”.