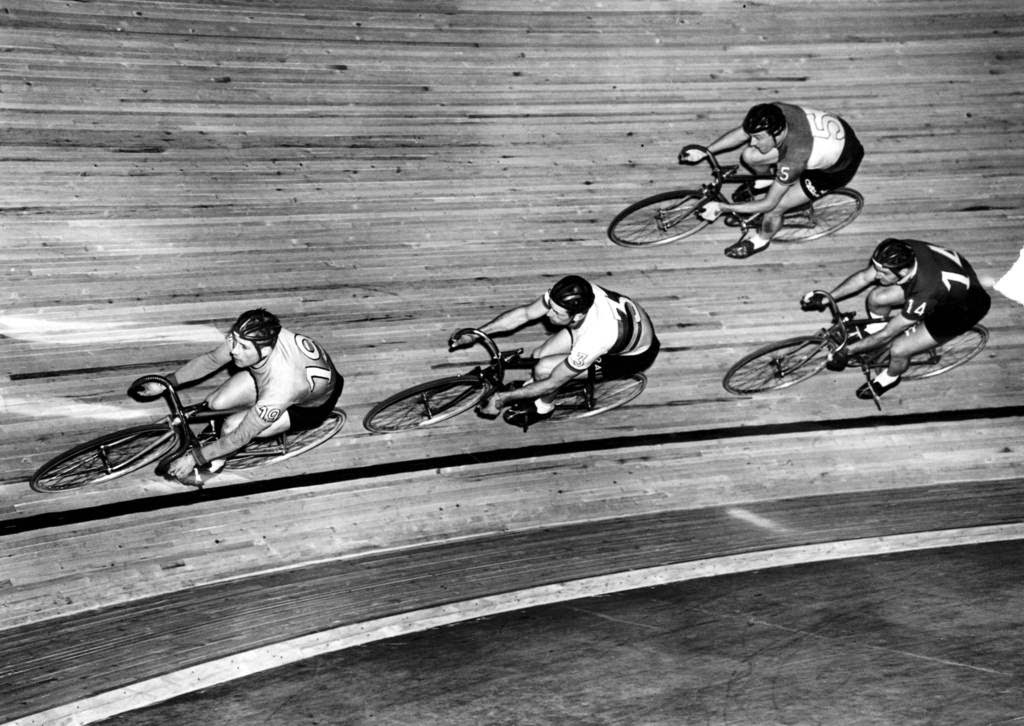 When the 2016 UCI Track Cycling World Championships kick off in London (GBR) on March 2nd, it will mark the 124th anniversary of the first edition which was held back in 1893. With breaks from competition during the two World Wars (1915-1919 and 1940-1945) this will be the 113th edition of cycling’s oldest World Championships. Surprisingly, it will be only the second time the Track Worlds are held in London; 112 years after the 1904 edition at Crystal Palace.

For the first seven years (1893-1899), the championships were held under the auspices of the International Cycling Association, the predecessor to the Union Cycliste Internationale. The event has taken place all around the globe; in Europe, North and South America, Oceania (Australia) and Asia (Japan).

Track cycling has often been thought of as the purest expression of cycling competition: all riders face the same conditions, and results can be compared from year to year. We can trace one current event all the way back to the first World Championships held in Chicago (USA) in 1893: the Men’s sprint. In that year, the legendary American Arthur Zimmerman took two of the three world titles awarded – the sprint and the 10 mile race – while South African Lawrence Meintjes won the motor-paced event.

The Track Worlds have evolved over the years, matching changes in society and technology. In 1895, a distinction was made between amateur and professional riders, with each competing separately against their peers. Apart from two occasions (1968 and 1969), when the amateur and professional events were held in separate countries, both events took place at the same venue. This separation continued through until 1992, after which no distinction was made between the financial statuses of the riders.

The competition was restricted primarily to the sprint and motor-paced events until after the Second World War. In Zurich (Switzerland) in 1946, the individual pursuit was added for men, and won by Gerrit Peters (the Netherlands) and Roger Rioland (France) respectively in the professional and amateur categories.

The next big change to the format was the addition of women’s racing at the Worlds in 1958. Women initially competed in two events – the sprint and individual pursuit. In 1958, both were won by riders from the Soviet Union; Galina Ermolaeva and Lyudmila Kochetova, respectively.

Events were gradually added to the program over the following decades, with the biggest changes coming after the amalgamation of the amateur and professional championships in Hamar (Norway) in 1993. By this time, the men were up to eight events (sprint, individual pursuit, 1000m time trial, Keirin, points race, team pursuit, tandem and motor-paced), and women to three (sprint, points race and individual pursuit).

The following year (1994) was the final year for both the tandem and motor-paced events, and the championships started to take on the format we see now. The women’s schedule was still considerably shorter than the men’s: in 2006 women competed in six events compared to nine for men.

However, the women steadily closed the gap, and by 2009 competed in nine events to the men’s ten. The Madison is now the only event contested by men and not women. The Omnium, in which athletes compete in six separate races, is the latest addition to the programme. It was introduced in 2007 for men and two years later for women.

France is the most frequent host of the Track Cycling World Championships, having held the event a total of 15 times. It is closely followed by Belgium, Germany and Italy, with 13 events each, and then Denmark at 11. 2016 will be the eighth Track World Championships for Great Britain: they were last held on British soil in Manchester in 2000.