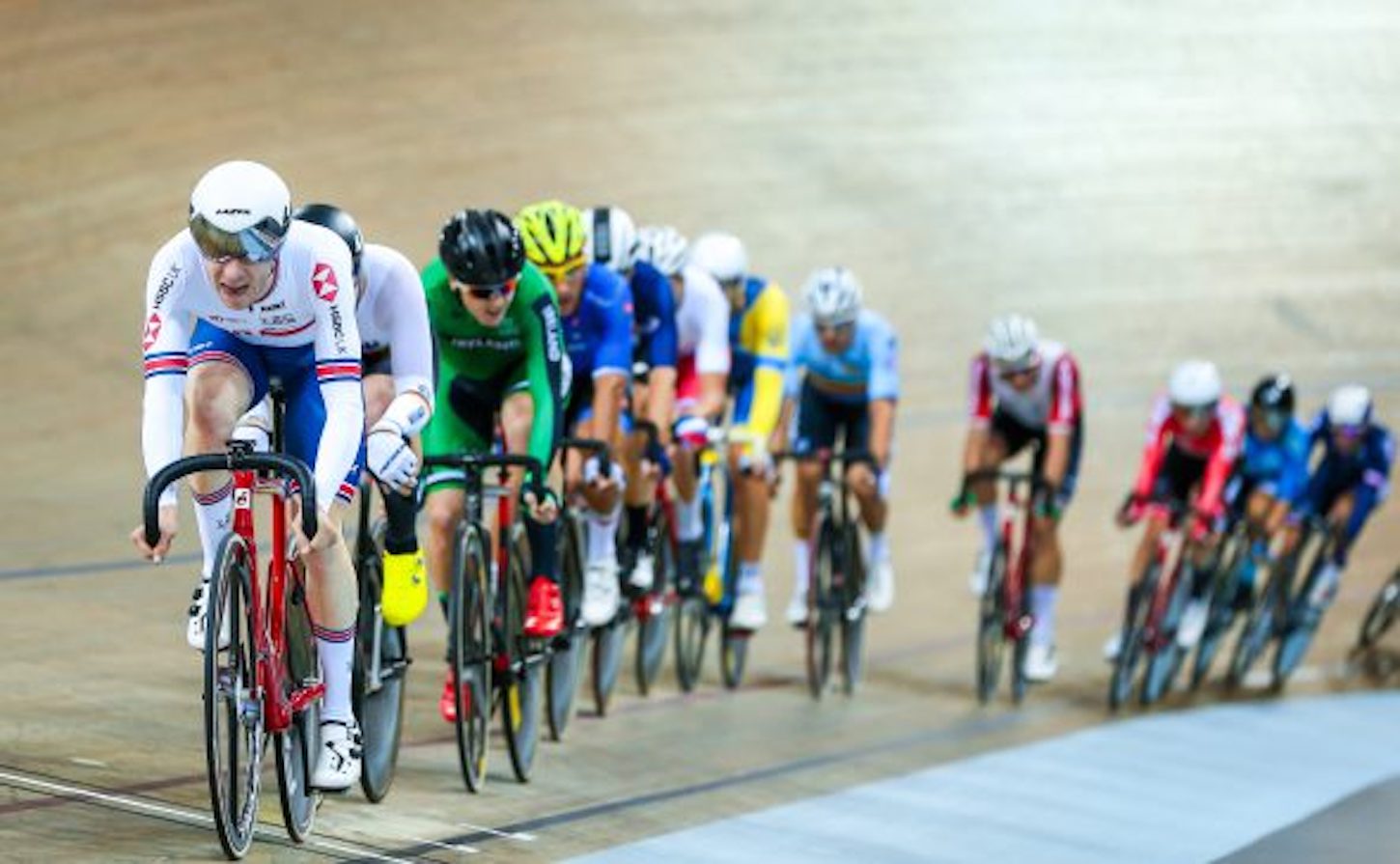 The Scot was part of the medal-winning team pursuit squad that lost out to Denmark but it was the points race that saw him impress most with his second medal of the evening.

He was among a number of British stars that took to the Saint-Quentin-en-Yvelines track while the world’s best also strutted their stuff in this, the first round of the Track World Cup season.

Two more days of thrilling action are still to come but the action does not stop there, with the best track cyclists on the planet descending on Canada for round two next weekend.

Stewart struts his stuff in France

For now, however, all eyes were on France and Stewart thrust himself into the spotlight, a two-medal showing opening the account for the British team.

A Commonwealth Games points race champion, it looked as though the 23-year-old would repeat the trick after winning four of the first six sprints this time around.

Joining two fellow riders in taking a lap, a haul of 40 points by the halfway stage was no less than what he deserved on the track.

Another sprint victory took his final tally to 45 and that proved vital come the final standings, finishing two points ahead of bronze medallist Christos Volikakis while gold went to Germany’s Moritz Malcharek.

That points race performance matched earlier efforts from the British team in the team pursuit, though the squad of Ed Clancy, Ollie Wood, Kian Emadi and Stewart weren’t quite able to hit their potential against Denmark in the gold-medal race.

Battling a technical problem and false start, they were always up against it as Denmark reigned victorious in France, though a silver lining was not something to be sniffed at.

The women’s race was a more Antipodean affair with Australia narrowly taking gold ahead of New Zealand, securing the first medals of the TISSOT UCI Track World Cup season.

Georgia Baker, Kristina Clonan, Ashlee Ankudinoff and Macey Stewart did the business for Australia in a time of 4:16.957 though their counterparts couldn’t be too disappointed, setting a national record en route to 225 Track World Cup points.

Meanwhile there was Dutch delight in the team sprint as Roy van den Berg and Jeffrey Hoogland prevailed in the final race of the evening, overcoming France, with Gazprom-Rusvelo pairing Daria Shmeleva and Anastasiia Voinova winning the women’s equivalent race. Britain had to settle for fourth in the men’s event.

Finally on day one, victory in the women’s points race went to Maria Giulia Confalonieri of Italy while British representation came in the form of Rebecca Raybould, a strong performance seeing her come seventh.

Saturday will mark the halfway point of the TISSOT UCI Track World Cup season opener, with medals to be won in the sprint and Madison for the women, while the men will compete in the omnium, keirin and scratch race.