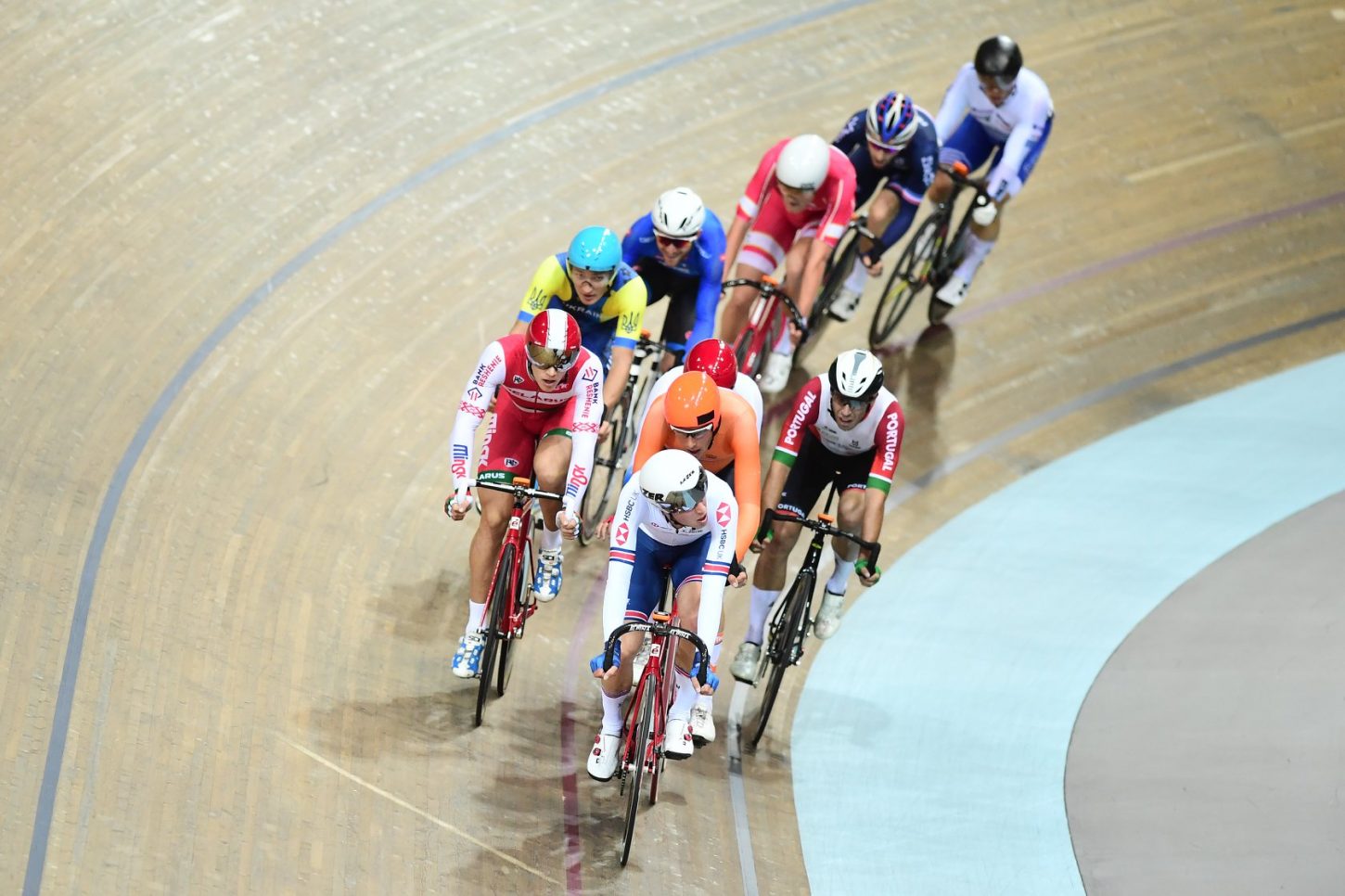 The partisan Parisian crowd were treated to some hotly-contested racing, Britain emerging one the podium again as Saturday’s action came to a conclusion.

Emily Kay and Neah Evans teamed up superbly to take Madison silver, while Wood was a master of endurance as he belied his 22 years to take a superb second place in the omnium.

Kay and Evans surfing for silver

Only the excellent Denmark team of Amalie Dideriksen and Julie Leth finished ahead of Kay and Evans, who took the fight to the rest of the field from the very start.

The British pair displayed excellent timing on the changes and searing pace when required as they sealed victories in the opening two sprints.

However, despite the Brits’ consistency, Denmark took advantage of the double points available on the final lap to take the gold.

Wood on song on the omnium

With one more silver medal in the bag after two from Britain’s riders on the first day, Wood’s early displays in the scratch and tempo races left him sixth overall ahead of the evening session and in with a shout of adding another.

And a sensational victory in the elimination race, where he never displayed any signs of being in danger, launched him right into the medal mix and another terrific display in the points race saw him take his overall tally to 142 points, three ahead of Benjamin Thomas, who delighted home fans with his bronze medal display.

However, both were well behind Spaniard Albert Torres, who came back superbly after a dismal display in the elimination left him 12th overall to win by a 32-point margin.

Carlin beaten at the last

Jack Carlin nearly added to another solid day in the velodrome by the young British riders, but he was pipped on the line after coming within a whisker of a podium place in the keirin.

After chasing down Dutchman Theo Bos, the Scot did not quite have enough left in the tank to power over the line in the top three places, with those taken respectively by Japan’s Yuta Wakimoto, New Zealand’s Eddie Dawkins and Krzystof Maksel of Poland.

Marchant and Bate edged out

Marchant looked strong after going on to beat Lithuania’s Migle Marozaite in the 1/8 stage, but could not get past Wai Sze Lee, with the Hong Kong rider proving too strong on the day for everyone as she took eventual gold.