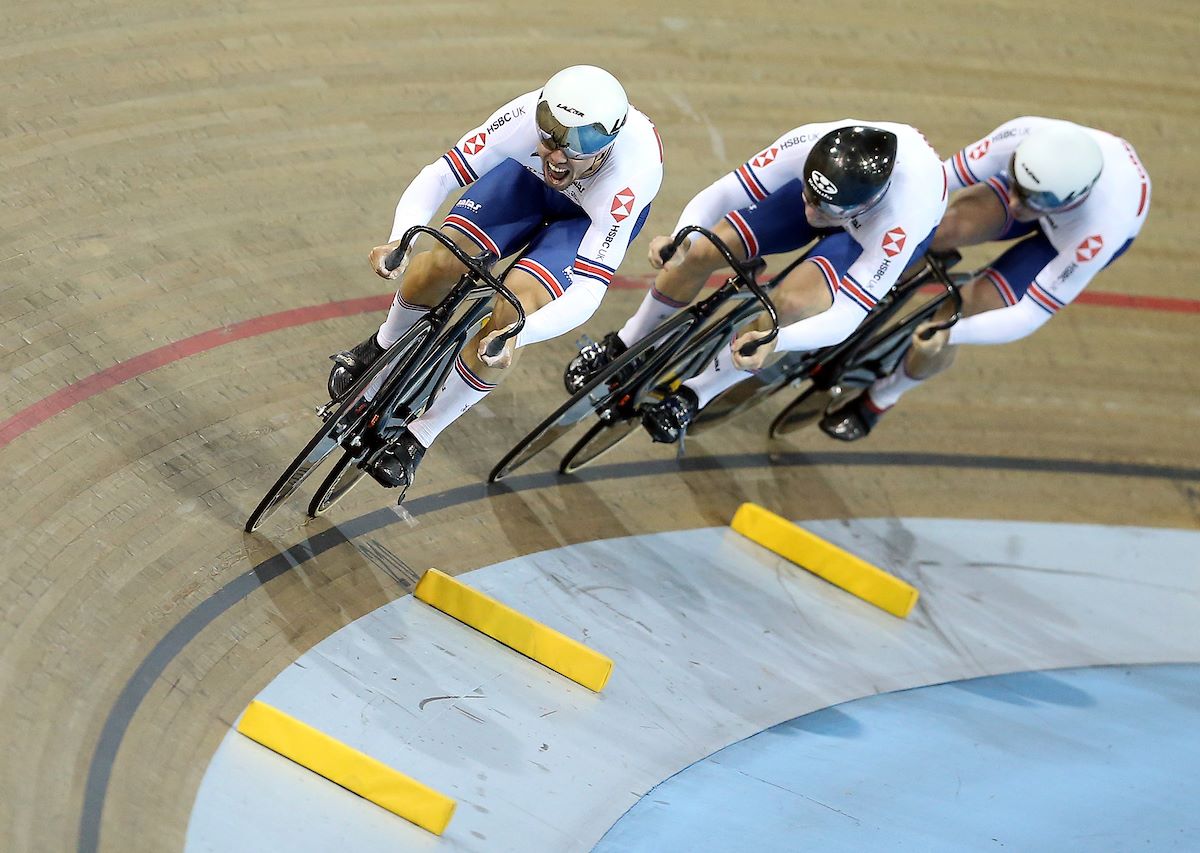 Round two of the 2018-2019 Tissot UCI Track Cycling World Cup took place in Milton, Canada, just one week after the season opener in Saint-Quentin-en-Yvelines, France.

A total of 14 gold medals were awarded, with Great Britain leading the standings, winning four gold medals, and nine in total. Three of Team GB’s gold medals went to the Kenny family, with Jason Kenny winning the men’s keirin, and his wife Laura taking two victories in her first World Cup appearance since January 2016. A member of the winning team pursuit squad, she also dominated the Omnium competition. “To say I was nervous would have been an understatement,” she wrote on Twitter after her first World Cup in the new Omnium format. One of Laura Kenny’s pursuit team-mates, Katie Archibald, also took double gold, with a victory also in the Madison.

Another double gold athlete in Milton was Denmark’s Casper von Folsach, winner of the men’s Madison and part of the victorious Danish team pursuit squad.

The only other nation to win two golds was Australia, with Matthew Glaetzer (Men’s individual sprint) and Kaarle McCulloch and Stephanie Morton in the Women’s team sprint.

Also of note was the second gold medal in the Women’s sprint for Hong Kong’s Lee Wai Sze after victory in the same discipline in Saint-Quentin-en-Yvelines.

In total, 17 of the 40 participating nations were represented on the podium, with medallists coming from Europe, Asia, Oceania, North and South America.

Australian sprinter Matthew Glaetzer is the reigning UCI World Champion in the Men’s sprint, and is currently ranked number one in the UCI world rankings for both that event and the 1000m time trial. He has started the UCI World Cup season strongly, winning the sprint competition at the first two rounds. He also won a world championship title in the team sprint (2012), and silver medals in the sprint (2016) and 1000m time trial (2018). At this year’s Commonwealth Games on home soil, he won gold medals in both the keirin and 1000m time trial.