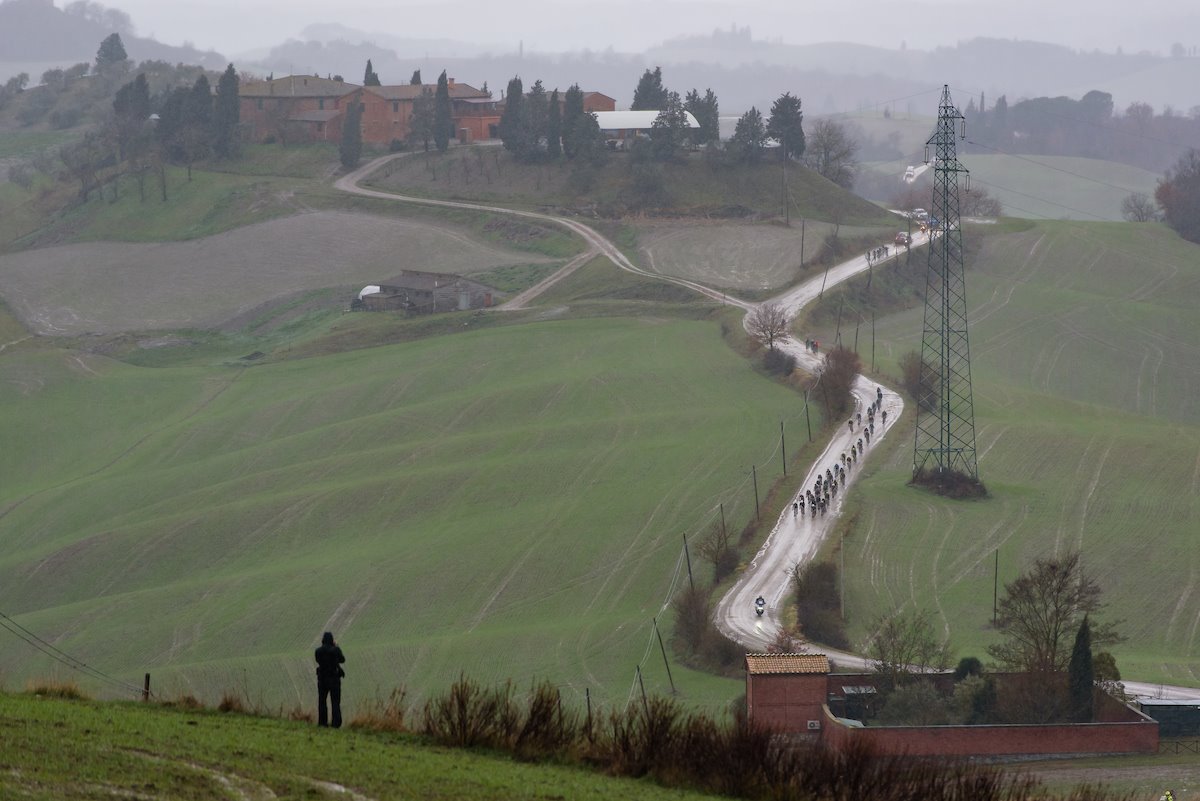 The Boels Dolmans Cycling Team rider was imperious, attacking on the seventh of eight gravel sectors which give the race its name. Last year’s winner, Italian Champion Elisa Longo-Borghini (Wiggle-High5) went with her, but was unable to match the Dutchwoman, eventually finishing third after Katarzyna Niewiadoma (Canyon//SRAM Racing) dropped her in the final few hundred metres.

Heavy snow in the preceding days had melted, but was replaced by torrential rain, making the gravel roads especially slippery, sapping strength and creating an enthralling race of attrition.

An early three-rider breakaway was unable to stay away beyond the fourth white road segment. Then, at the top of the fifth sector, at 9.5km the longest, three of the world’s strongest riders escaped. However, UCI World Champion Chantal Blaak (Boels Dolmans Cycling Team), Ellen van Dijk (Team Sunweb) and Canyon//SRAM Racing’s Alena Amialiusik were caught just prior to the seventh sector where Van der Breggen made her race winning move.

In 2017, the former runner finished third in her National Championships road race and fifth in the time trial. She also won the Oceania Championships time trial in March.

It was, however, her performances later last season which sealed her professional contract at Mitchleton-Scott. She showed well in the Ladies Tour of Norway and soon after won the general classification at the Tour Cycliste Féminin International de l’Ardèche, taking a stage and two podium finishes.

Kennedy is fast building a fearsome reputation as a time trialist and climber, and could figure prominently in stage races this year.