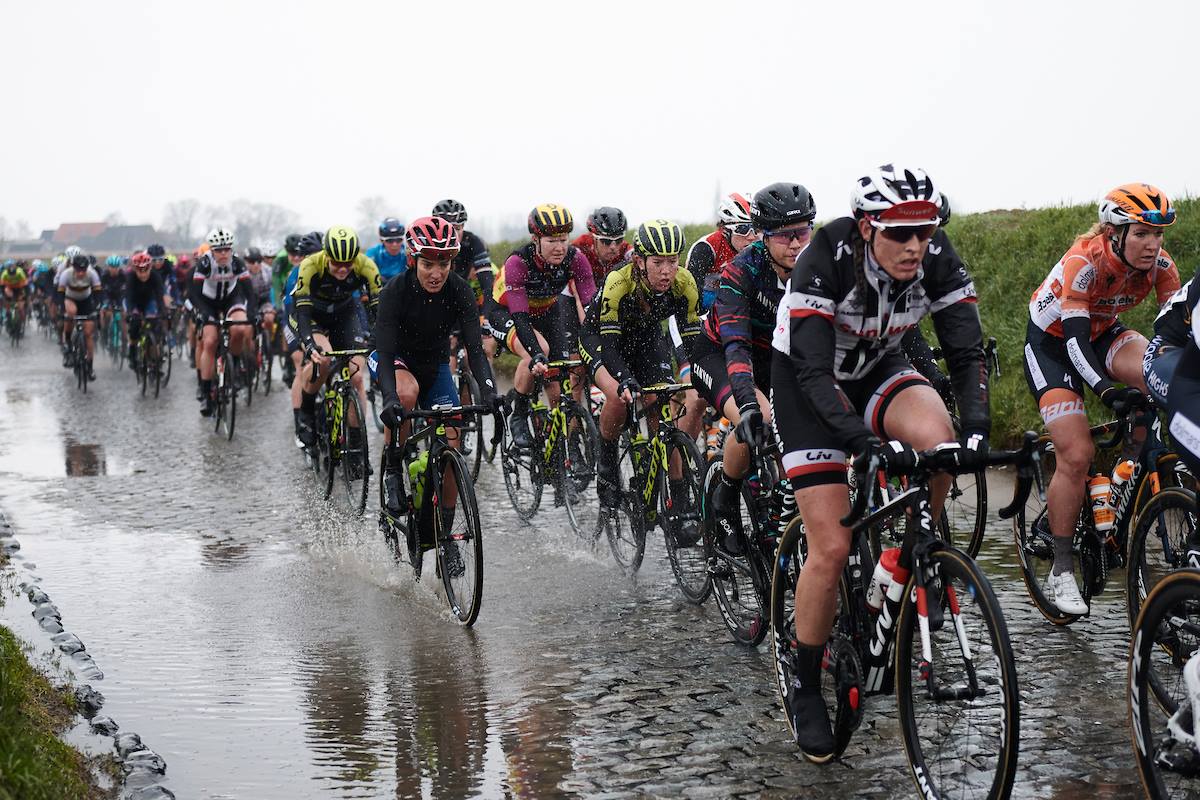 Just before the first mini break in the UCI Women’s WorldTour, the peloton gathered in Oudenaarde (Belgium) on Sunday for one of the most prestigious and hardest races on the calendar: the Ronde van Vlaanderen with 150.9km, including eleven of the infamous Flemish climbs called Hellingen, on the menu.

In the end it was last year’s UCI Women’s WorldTour winner Anna van der Breggen who proved to be the best, winning in dominant fashion as she did at Strade Bianche four weeks before. The Boels Dolmans Cyclingteam rider attacked over the top of the Kruisberg with 25 kilometers to go and soloed her way to the finish – eventually winning by more than a minute.

Behind van der Breggen her teammate Amy Pieters sprinted to second place ahead of Annemiek van Vleuten (Mitchelton Scott), making it an all Dutch podium. Winning the sprint of the nine-rider chase group, Pieters earned herself Santini’s purple UCI Women’s WorldTour leader jersey. The 26-year-old, who won Ronde van Drenthe, was fifth at Gent-Wevelgem and now second at the Ronde van Vlaanderen, is already the fourth rider to wear the jersey this season after van der Breggen, Katarzyna Niewiadoma (Canyon // SRAM Racing) and Jolien D’Hoore (Mitchelton Scott) – showing how close the competition is this year.

In the Team Ranking, van der Breggen’s Boels Dolmans Cyclingteam increased its lead over Canyon // SRAM Racing and Mitchelton Scott, whilst Sofia Bertizzolo (Astana Women’s Team) did the same in the Youth Ranking. The Italian finished 25th in Oudenaarde, third in the Under 23 category, and leads the hard-fought battle for the light blue jersey by four points over her compatriot Elisa Balsamo (Valcar PBM).

Sofia Bertizzolo, 20, has headed the best young rider category since the Ronde van Drenthe at the beginning of March.

The young Italian from Bassano del Grappa started cycling at the age of eleven. She started a promising career as a junior, becoming European Champion at the age of 16. Just a month after her 17th birthday, she missed the rainbow jersey at the UCI Junior World Championships in Ponferrada by just a few centimeters in a sprint against Amalie Dideriksen. Half a year later she won the Trofeo Da Moreno, the junior edition of the Trofeo Alfredo Binda, then turned professional in 2016 with the Astana Women’s Team. Bertizzolo’s big goal is the Giro d’Italia in July, where she finished 26th last year.