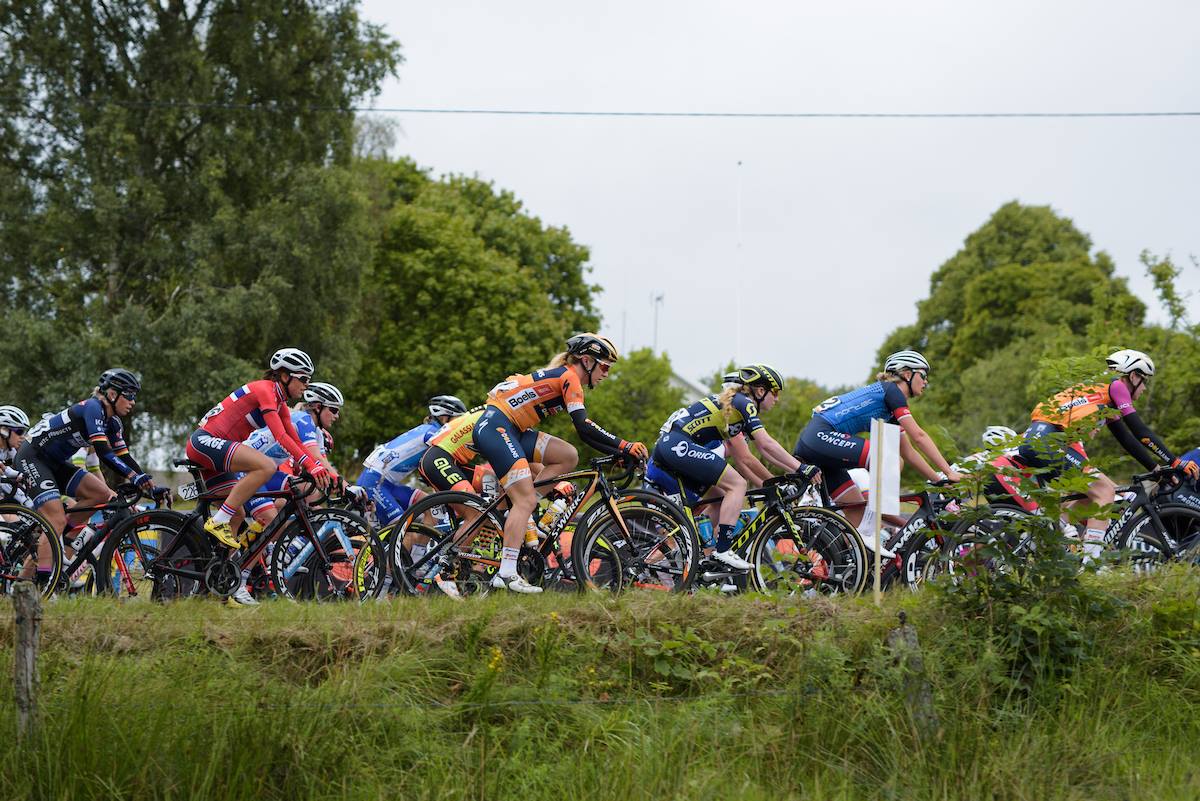 Two races were on the menu this last weekend in Vårgårda, Sweden: the famous Team Time Trial on Friday night and a tough road race on Sunday with 141 kilometers and four gravel sectors. Boels Dolmans Cycling Team proved to be the top favorite in the collective fight against the clock and defended its title, but had to dig really deep to beat Cervélo-Bigla Pro Cycling Team. The German squad was second in 2016 already, beaten by 36 seconds, and came even closer this time, losing by just 13 seconds to the UCI World Champions from the Netherlands. Third place went to Canyon SRAM Racing, which lost 51 seconds over the 42,5km course.

On Sunday a group of eleven strong riders, amongst them former winner Chantal Blaak (Boels Dolmans Cycling Team) and two time UCI World Champion Giorgia Bronzini (Wiggle High5) made the race hard from the beginning but was caught on the four finishing laps around Vårgårda. From that point on it was attack after attack, but nobody could really break clear from the shrinking bunch. The race finished with the inevitable bunch sprint, where Lotta Lepistö (Cervélo Bigla Pro cycling Team) beat European Champion Marianne Vos (WM3 Pro Cycling) to climb one step up on the podium after being second in 2016. Leah Kirchmann (Team Sunweb) came in third, whilst Anna van der Breggen (Boels Dolmans Cycling Team) defended her purple jersey as leader of the UCI Women’s WorldTour and Cecilie Uttrup Ludwig (Cervélo Bigla Pro Cycling Team) remained best young rider.

Just 19 years of age, Susanne Andersen is a big hope of Norwegian women’s cycling. Inspired by her dad, who was a strong amateur rider, she started riding at the age of ten after playing football. Through her dad she also got in touch with UCI WorldTour riders Alexander Kristoff and Sven Erik Bystrom, who she trains with from time to time: “They are my friends now, she says. We do car pacing and hill intervals together. So I get to see where I stand compared to them. With car pacing it’s fine, because it’s a bit easier. But then we sprint and I have no chance to beat Kristoff. But at least I try.”

That helps Andersen to be a fast finisher in hard races herself. The young woman from Stavanger already has a bronze medal at the 2016 UCI Junior Road World Championships in Qatar and a silver medal at the 2017 Under 23 European Championships in Denmark on her palmares. Last year she signed with Hitec Products as a Junior and will stay with the team through 2018 – with the far goal to shine at the 2019 UCI World Championships in Yorkshire. But before that, she hopes for good results this week at her home race in Norway, where she was ninth overall in 2016. The form is good, she proved with a 12th place in Vårgårda on Sunday.