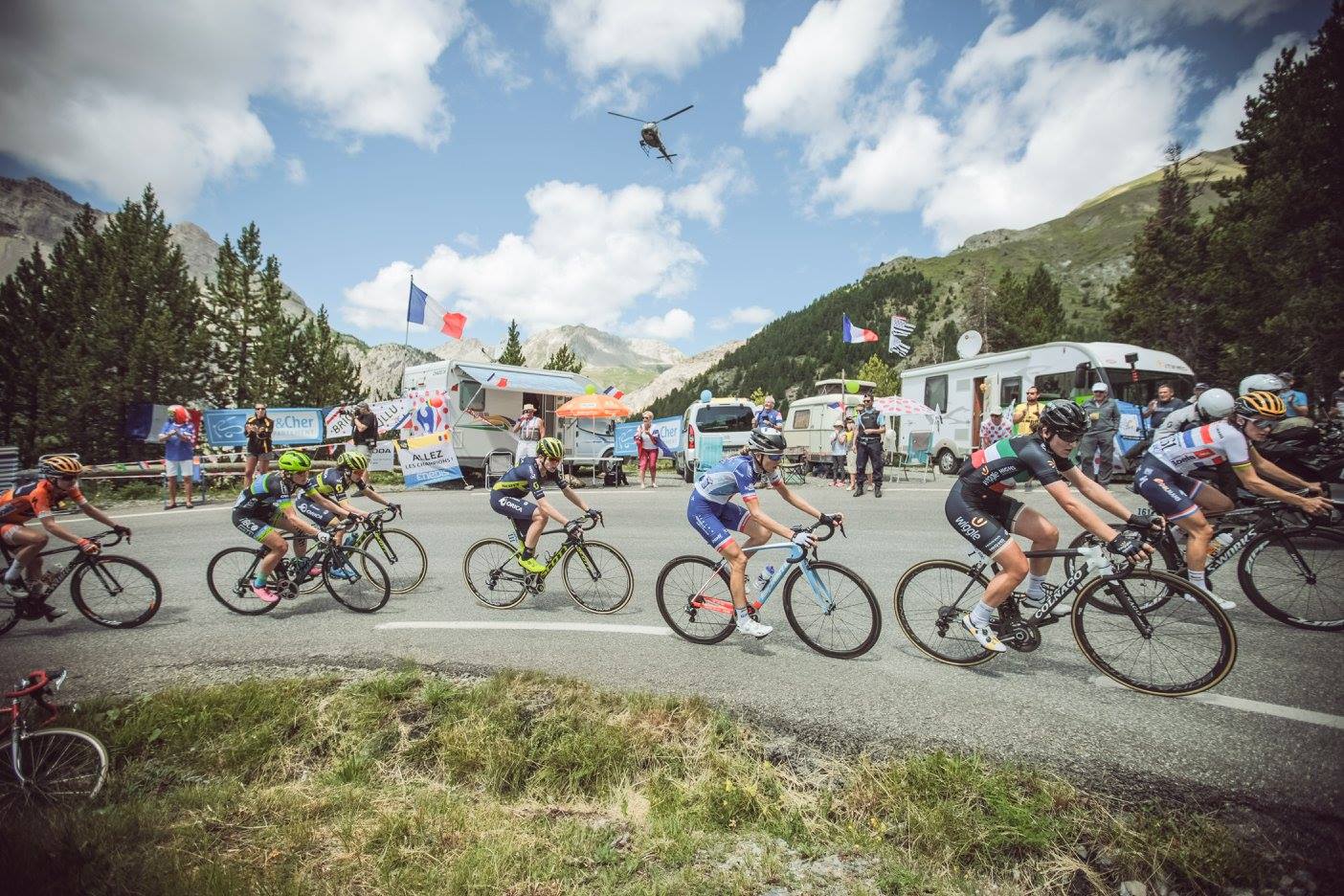 After three years on the famous Champs-Élysées in Paris, La Course by Le Tour de France moved into the Alps in 2017. Already one of the world’s biggest women’s races in terms of media coverage, the race became one for the climbers this year – just 67.5km in length, but with the infamously hard climb through the stunning Casse Déserte up to Col d’Izoard to finish it off.

After winning the climber’s jersey at the Giro d’Italia Internazionale Femminile just two weeks before, Annemiek van Vleuten (Orica Scott) again proved to be the best climber in the peloton of the moment. The Dutchwoman rode away from her opponents with 4.5km to go and won 43 seconds ahead of Elizabeth Deignan (Boels Dolmans Cycling Team) and 1:43 minutes ahead of Elisa Longo Borghini (Wiggle High5).

Anna van der Breggen (Boels Dolmans Cycling Team), who took a mid-season break after winning the Giro, did not start in Briançon, but remains in the lead of the UCI Women’s WorldTour. Cecilie Uttrup Ludwig (Cervélo – Bigla Pro Cycling Team) stays in the youth jersey.

Three weeks before her 21st birthday, Lisa Klein won the 2017 German National Championships in a sprint against Lisa Brennauer, her biggest success on the road so far. Over the last two seasons Klein has been a crucial player in the lead-out for her teammate Lotta Lepistö, but is also a talented cyclist in her own right, with a good sprint and the engine to do strong time trials as well. Second in the prologue of the Festival Elsy Jacobs in April, she won bronze at the Under-23 European Championships individual time trial last year. On the track Klein won silver at in the individual pursuit at the 2014 UCI Junior Track Cycling World Championships.