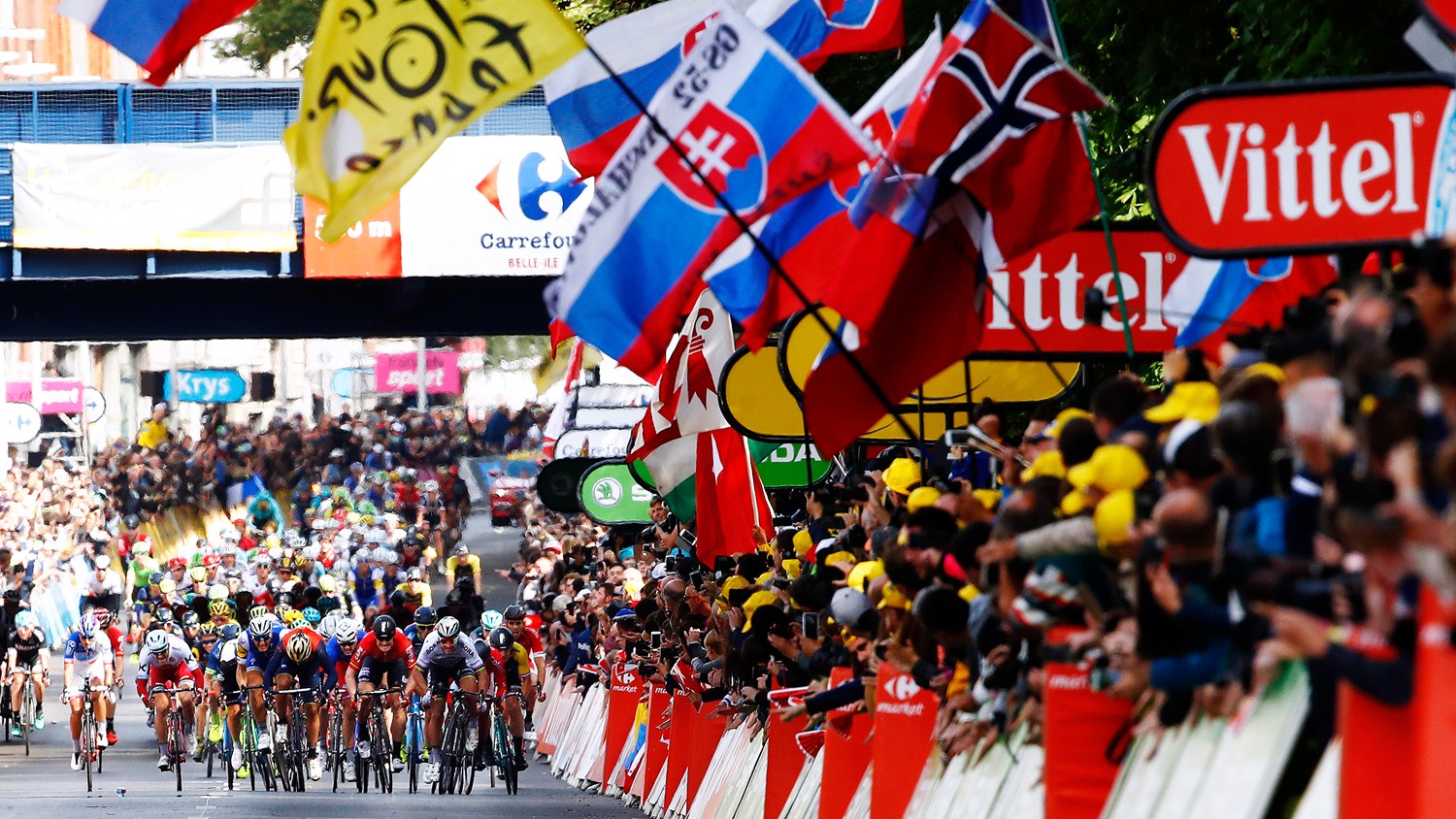 Victory in the opening time trial of the Tour de France saw Wales’ Geraint Thomas (Team Sky) capture his first ever Grand Tour stage and the overall lead. After two days of racing, Thomas heads the Tour de France with a five second advantage over Switzerland’s Stefan Küng (BMC Racing Team). He is the eighth British rider and first from Wales ever to lead the Tour.

The first bunch sprint of the Tour de France, in Liège, Belgium, was won by Germany’s Marcel Kittel (Quick-Step Floors). Thanks to his victory, Kittel moved up to third overall, six seconds down on Thomas. Three-time winner and defending champion Chris Froome (Team Sky) lies in sixth place.

Currently lying second in the UCI WorldTour individual ranking, Valverde skidded and fell on a corner of the Tour’s opening time trial in Düsseldorf, breaking his kneecap and fracturing his Talus bone. Recovery is likely to take several months and Valverde’s 2017 season is almost certainly over.

As of July 3rd, Greg Van Avermaet (BMC Racing Team) continues to lead the individual UCI World Ranking, with 5142.25 points. Peter Sagan (Bora-Hansgrohe) is in second place with 4,201 and Nairo Quintana (Movistar Team) is in third, with 3,735 points.

Last September in the Vuelta a España Spain’s David De La Cruz managed a long-overdue breakthrough. After years of setbacks thanks to injuries and illness, the Quick-Step Floors rider secured seventh place overall, led his home nation’s Grand Tour for one day and took a stage win.

De La Cruz, 28, turned pro in 2010 with the Spanish Pro Continental team Caja Rural. Fifth place in the Volta a Portugal in 2012, as well as tenth overall in 2014 in the Amgen Tour of California all showed promise. In 2017, his big target, after a win in the Vuelta al País Vasco this spring, is a top five placing in the overall classification of the Vuelta a España.