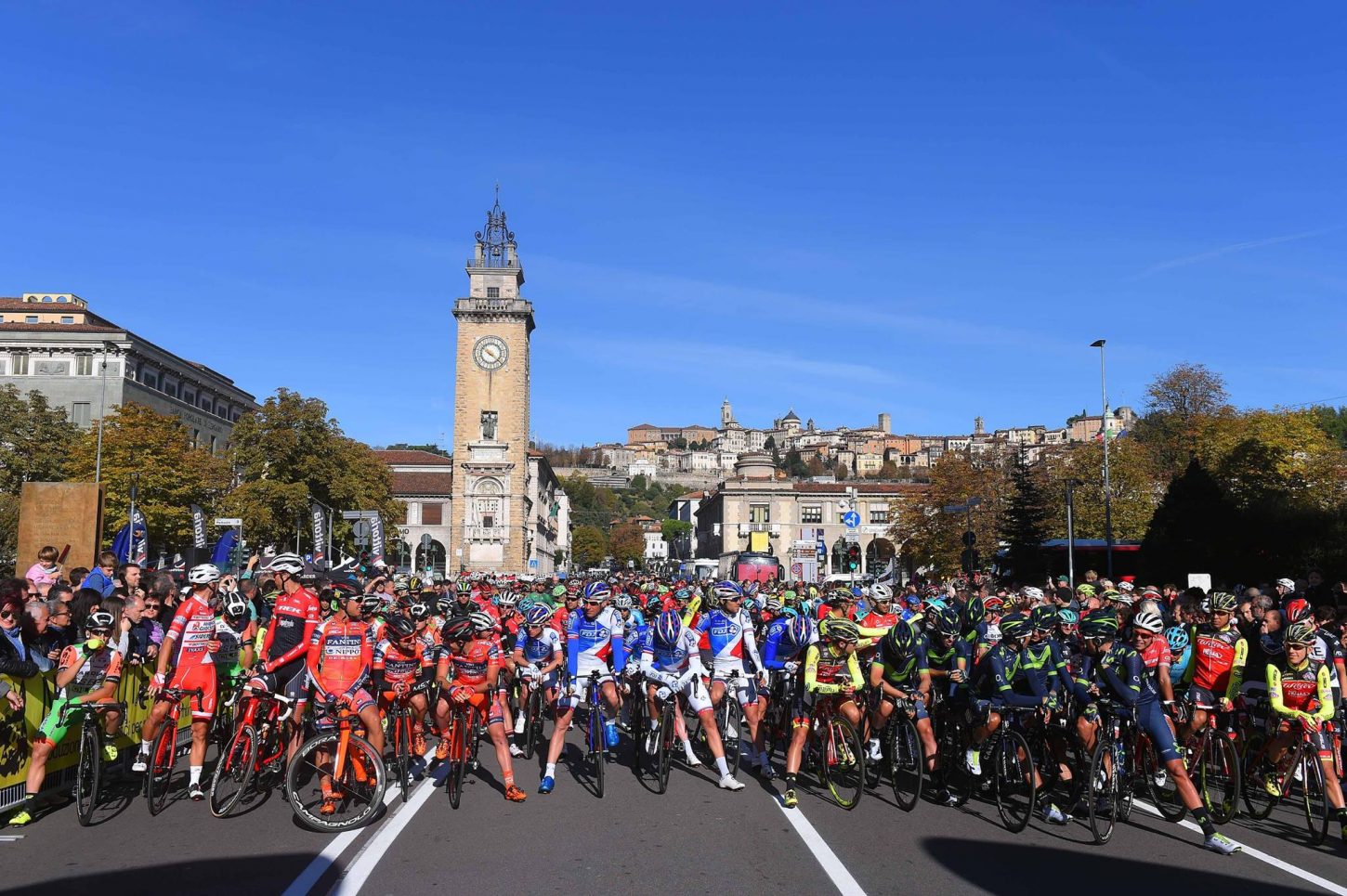 Vincenzo Nibali (Bahrain-Merida) has celebrated his second victory in three years in Il Lombardia, the final Monument Classic of the 2017 season. Mirroring his 2015 triumph, the Italian took a lone win in Como by 28 seconds ahead of Julian Alaphilippe (Quick-Step Floors). Gianni Moscon (Team Sky) was third.

Nibali forged his latest victory, the 50th of his career, when he dropped France’s Thibaut Pinot (FDJ) on the descent of the second last climb, the Civiglio, to stay clear to the finish.

Thanks to his latest win, Nibali is now fifth in the UCI WorldTour rankings.

UCI WorldTour leader Greg Van Avermaet (BMC Racing Team) opted not to take part in Il Lombardia but the Belgian star is nonetheless set to end the year as outright winner of the UCI WorldTour series.

His total of 3,582 points would only be reachable, mathematically, by Chris Froome (Team Sky), who currently lies second in the rankings with 3,452 points. Froome, however, has already called an end to his 2017 road season.

All 18 teams that have formed part of the UCI WorldTour in 2017 have applied to continue in the top league of professional men’s cycling in 2018.

Australia’s Jay McCarthy was a comparative latecomer to cycling: he started riding around the age of 14-15. Silver medallist in the Junior UCI Road World Championships in 2010, McCarthy signed his first UCI WorldTour contract with Team Saxo-Tinkoff in 2013, after winning the prologue of the Tour de L’Avenir. McCarthy’s one UCI WorldTour win to date, a stage in the Santos Tour Down Under, came three years later. He finished third overall in the same race this season. He has now ridden and completed all three Grand Tours, the latest the Tour de France this summer. Watch out for the Queenslander next year.