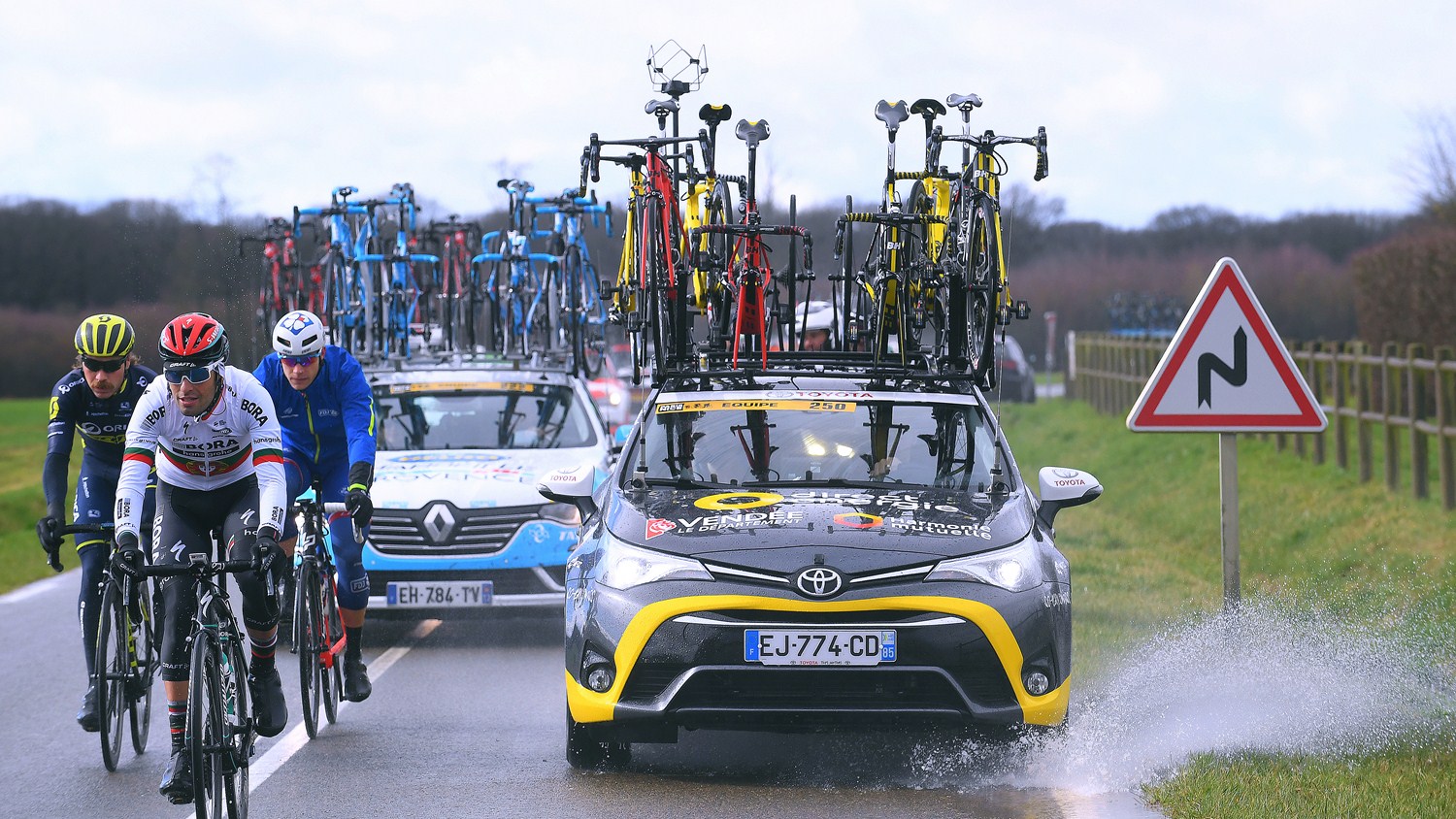 Colombia’s Sergio Henao (Team Sky) narrowly but successfully fended off Alberto Contador (Trek-Segafredo) in Paris-Nice on Sunday to claim the biggest victory of his career. Henao, 29, beat Contador by a scant two seconds overall after the Spaniard launched a long-distance attack on Sunday’s final stage that came within a whisker of netting him the victory. Ireland’s Dan Martin (Quick-Step Floors) finished third overall.

Contador distanced Henao in the mid-week time trial and succeeded in dropping Henao on Saturday’s toughest mountain stage, won by former double Paris-Nice champion Richie Porte (BMC Racing Team). But it was not sufficient to make up for time lost earlier in the week, above all in echelons in the opening road stage. Henao’s victory was Team Sky’s fifth overall win in Paris-Nice in six years.

Referring to past injury problems, Henao said: “It’s a reward after the terrible moments that I’ve been through…”

With two days’ racing remaining, Nairo Quintana (Movistar Team) remains in command of Tirreno-Adriatico. Quintana captured the lead, just as he did in 2015, on the summit of the Terminillo climb with a strong solo victory in Tirreno-Adriatico’s queen stage. Thibaut Pinot (FDJ) currently lies second overall.

Paris-Nice has seen some major changes in the UCI WorldTour classification, which is still headed by Richie Porte but has three new names in the top five.

Perhaps unsurprisingly for a rider who lives less than an hour’s bike ride away from the finishes of Paris-Roubaix and the Ronde van Vlaanderen, Baptiste Planckaert, 29, is well-known for his love of the northern Classics.

After turning pro with Landbouwkrediet in 2010, Planckaert also raced with Roubaix-Lille Métropole in 2014 and 2015. His breakthrough victory, in the overall of the UCI Europe Tour, came as a member of the Wallonie Bruxelles-Group Protect squad in 2016.

This year Planckaert is riding in the UCI WorldTour for the first time with Team Katusha Alpecin. So far, he has taken top ten finishes in the Kuurne-Brussels-Kuurne Classic and stages of the Santos Tour Down Under. Now the races where Planckaert hopes to shine, the northern cobbled Classics, are fast approaching.