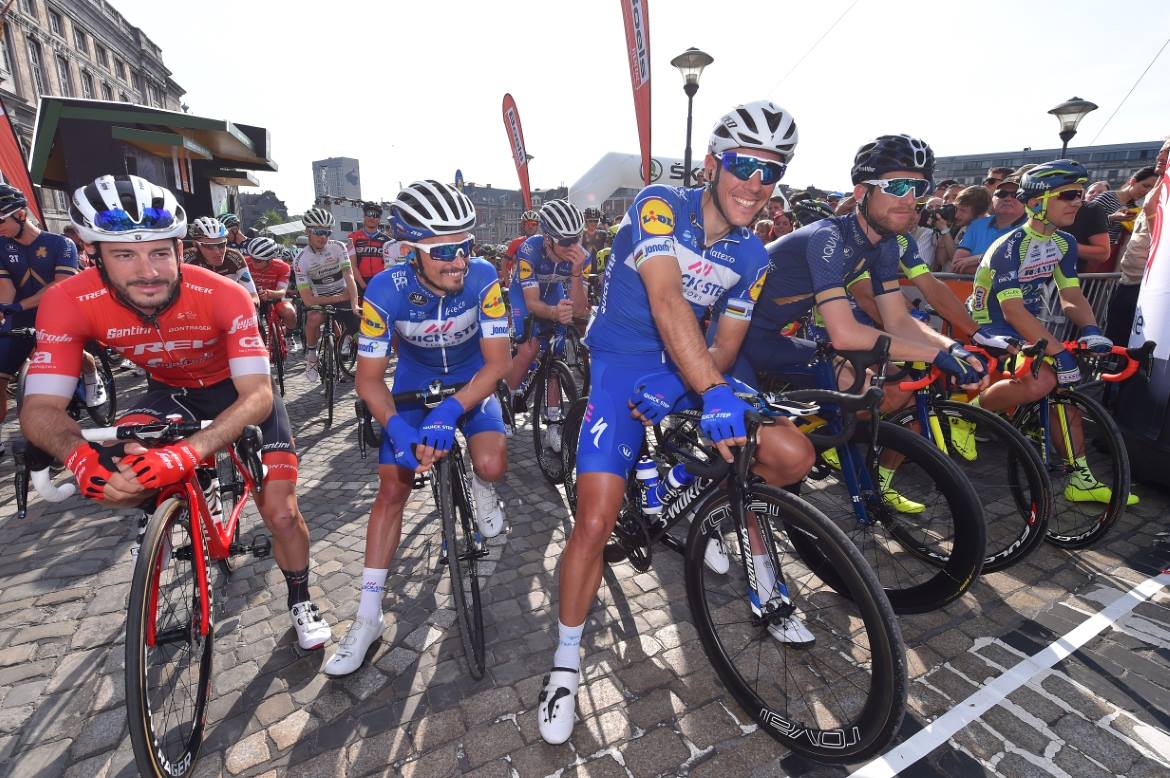 An impressive lone attack by Bob Jungels captured the Quick-Step Floors professional his first ever Monument at Liège-Bastogne-Liège on Sunday. The 25-year-old from Luxembourg soloed to victory after attacking 20 kilometres from the line. Canada’s Michael Woods (Team EF Education First-Drapac p/b Cannondale) outsprinted France’s Romain Bardet (AG2R La Mondiale) for second place. Jungels is the third rider from Luxembourg to win La Doyenne – after Marcel Enzer in 1954 and Andy Schleck, who triumphed with a very similar solo attack to that of Jungels back in 2009 – and the 12th rider from Quick-Step Floors to claim a victory in 2018.

Following the Ardennes Classics, Peter Sagan (BORA-hansgrohe) continues to lead the UCI WorldTour rankings with 1,901 points. Alejandro Valverde remains in second with 1,582, while Niki Terpstra (Quick-Step Floors) lies in third (1,297 points). Quick-Step Floors have further increased their domination of the teams ranking, with 6,971 points, well ahead of Mitchelton-Scott (4,116 points).

Even before turning fully professional this season, Australian Jai Hindley (Team Sunweb) rode some professional-level races in 2017 with the Orica-Scott feeder team… and with considerable success. Hindley took second place in the 2017 Herald Sun Tour in February, then claimed overall victory at the end of the season in the professional-level Tour of Fuzhou in China. Between the two, he won a stage and finished third overall in the Giro Ciclistico d’Italia (also known as the Girobio) and captured top ten results in the Tour de L’Avenir, Tour d’Alsace, and the Rhône-Alpes Isère Tour. All the signs indicate that Hindley has a great future in stage racing – and in professional racing in general.