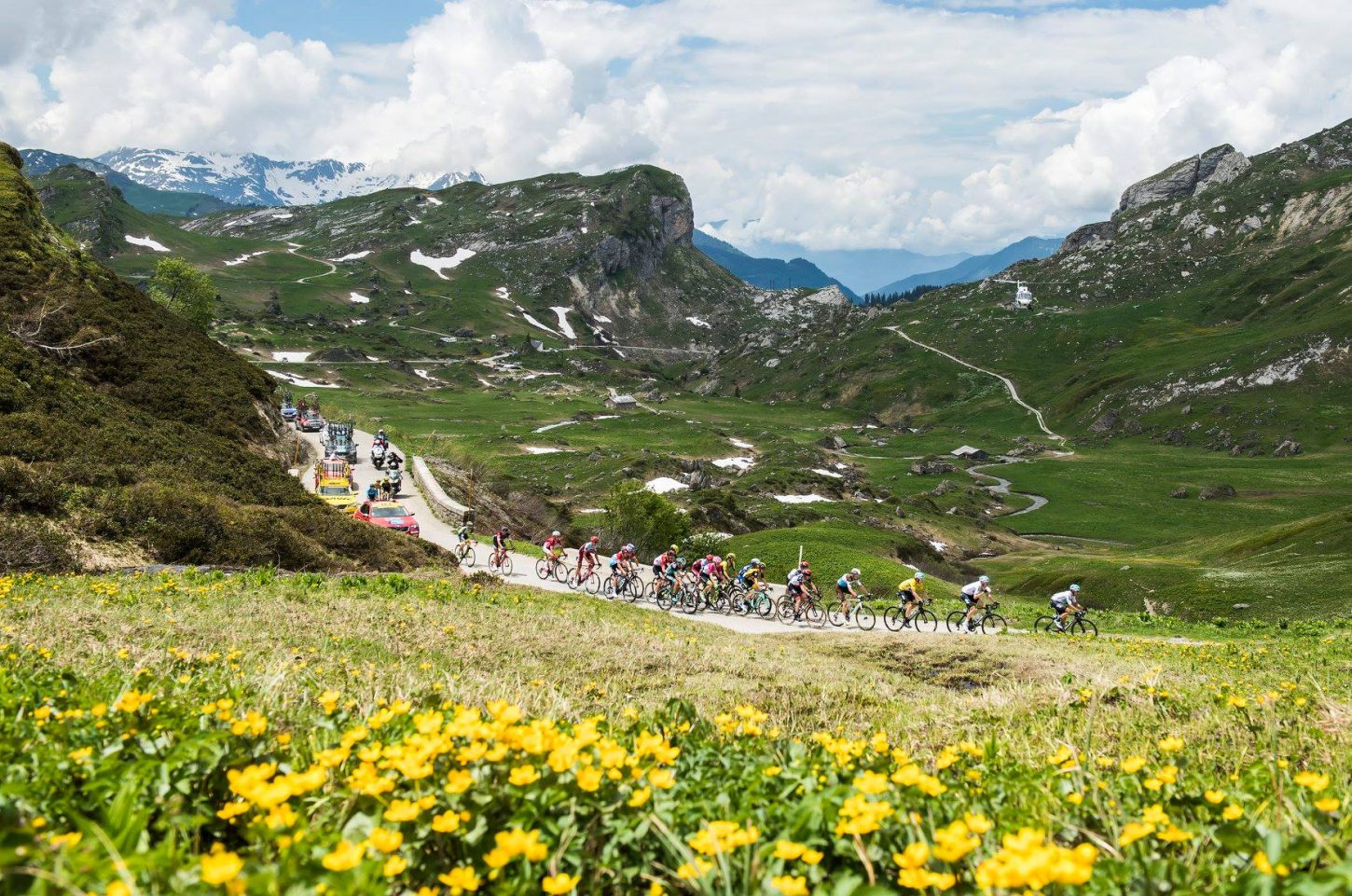 Geraint Thomas (Team Sky) clinched the biggest victory of his already stellar career on Sunday in the Critérium du Dauphiné, despite a heavy crash in the opening prologue. Thomas, 32, moved into the lead on stage five, after Team Sky had dominated in the mid-week team time trial and his team-mates Michal Kwiatkowski and Gianni Moscon had briefly topped the overall classification. The Welsh racer survived a blizzard of attacks on the last two Alpine stages from France’s Romain Bardet (AG2R La Mondiale) unscathed, finally completing the race with a minute’s advantage over Mitchelton-Scott’s Adam Yates. Bardet finished third.

“This is a massive win [but] doesn’t really sink in because I never let myself really believe I’d win. I was always thinking of the next stage or the next climb,” explained Thomas, whose next big challenge is the Tour de France. Following Bradley Wiggins’ and Chris Froome’s multiple wins, Thomas’ victory is the sixth for Team Sky in the Critérium du Dauphiné in eight years.

Reigning UCI World Champion Peter Sagan (BORA-hansgrohe) has returned to his usual winning ways – after the Paris-Roubaix Classic in early April – at the Tour de Suisse, where he triumphed in the bunch sprint which decided stage two. Sagan has now racked up no less than 16 stage wins in the Tour de Suisse, and more may come later this week. After two stages, Switzerland’s Stefan Kung, whose BMC Racing Team squad won the opening team time trial, remains the overall leader. The Tour de Suisse finishes on June 17th.

Already the winner of the Flèche Wallonne Classic and two stages in the Itzulia Basque Country, Julian Alaphilippe’s latest triumph, in a stage of the Critérium du Dauphiné, has allowed the Quick- Step Floors racer to ascend to fifth in the UCI WorldTour rankings, with 1,303 points. Peter Sagan (BORA-hansgrohe) remains the overall leader, with 1,914 points ahead of Alejandro Valverde (Movistar Team), Simon Yates (Mitchelton-Scott) and Elia Viviani (Quick-Step Floors).

Ever since he rode both the Ronde van Vlaanderen and Paris-Roubaix as a neo-pro in 2016, Germany’s Nils Politt has shown real promise in the cobbled Classics.

Fifth in the Le Samyn Classic back in 2016 marked Politt’s first big one-day breakthrough, and convinced his team, Katusha, to give the rider from Cologne a support role for then team-mate Alexander Kristoff in that year’s Monuments. But to date, the highpoint of Politt’s one-day career has surely been his hugely impressive seventh place in Paris-Roubaix this April, aged just 24. Politt is also talented at time trialling and has already captured bronze medals in his country’s National TT Championships, both in 2016 and 2017. If that wasn’t proof enough of his versatility and potential, last year Politt rode and completed his first ever Tour de France.