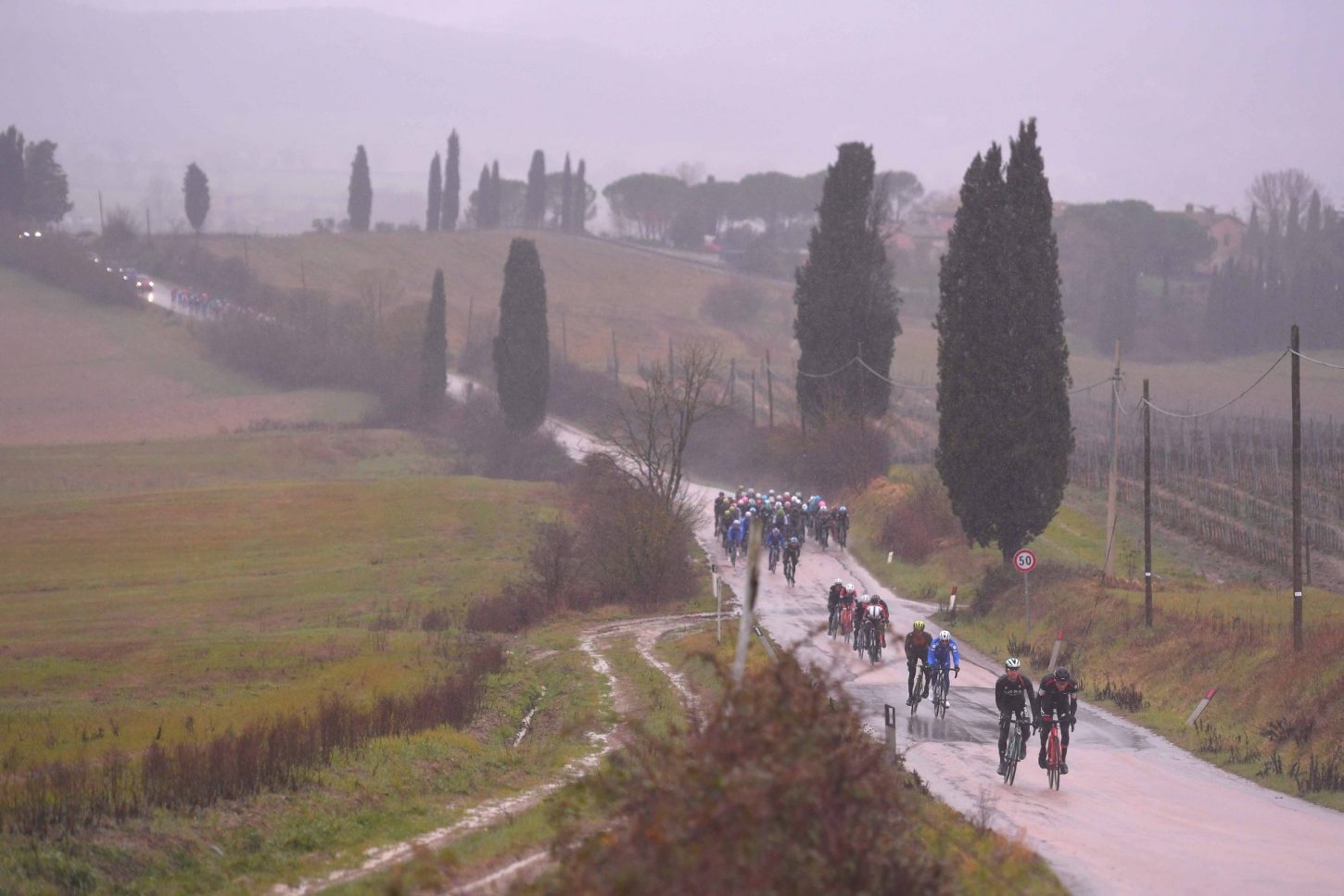 Tiesj Benoot (Lotto Soudal) has taken the first victory of his professional career with a solo attack at the Strade Bianche in Italy. Benoot broke away 12 kilometres from the finish to stay clear of Romain Bardet (AG2R La Mondiale), second, and Wout van Aert (Veranda’s Willems Crelan), third.

“It’s really nice to finally get my first pro win”, Benoot, who will turn 24 later this month, said afterwards. “There were a lot of expectations of me after I finished fifth at the Tour of Flanders three years ago but I knew I’d win something big one day. And it’s today.”

Reigning French National Champion Arnaud Démare (FDJ) has won the opening stage of Paris-Nice – for the third year in a row. The winner of stage one of Paris-Nice in 2016 and 2017, Démare narrowly outsprinted Gorka Izagirre (Bahrain-Merida) in a rainsoaked uphill sprint in Meudon, simultaneously capturing the first leader’s jersey of the race.

Alejandro Valverde (Movistar Team) has moved up five places into second overall in the UCI WorldTour individual rankings, whilst Tiesj Benoot has gained 152 places to move into tenth place. Benoot’s massive advance comes after winning the Strade Bianche, where Valverde finished fourth. The ranking continues to be led by Daryl Impey (Mitchelton-Scott).

In the UCI World Rankings, Italy has regained the top spot over Belgium in the nations classification. As of March 4th, Italy has 14,869 points, Belgium 14,241 and France is in third.

“Paris-Roubaix is worth ten Tours de France for me,” Florian Sénéchal said a few years back, and at 24, the young Frenchman continues to make all the cobbled Classics a top target.

Born in Cambrai – close, as it happens, to the route of Paris-Roubaix – Sénéchal is the last French winner of the Junior edition of the “Hell of the North”, back in 2011.

Since turning pro in 2014, he has finished Paris-Roubaix four times, his best result being 12th in 2017. Sénéchal has now joined Belgian UCI WorldTour team Quick-Step Floors, where he has high hopes of improving his performances this April on the roads, and pavés, of northern France.