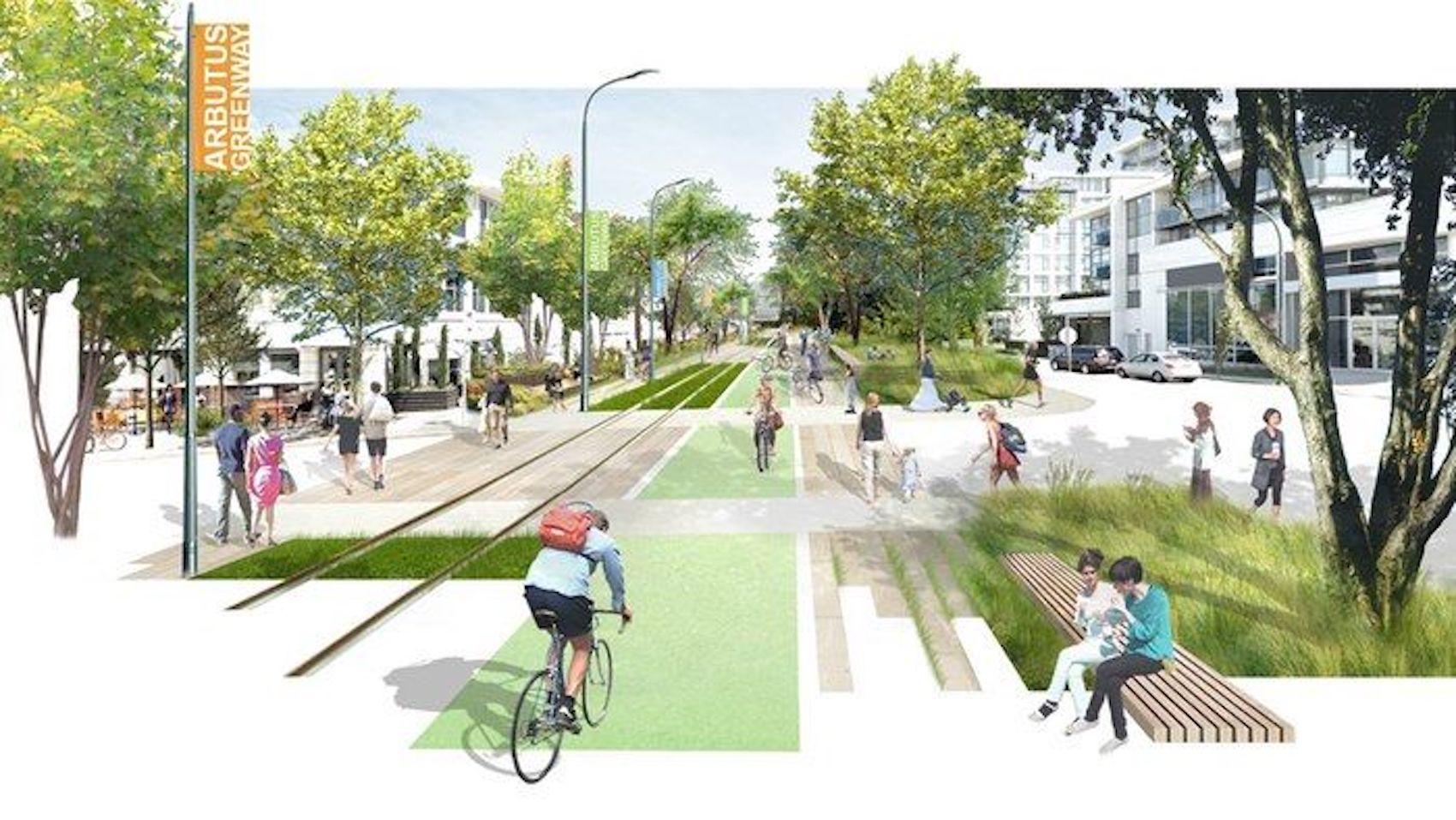 Greenways are great for cyclists and strollers, runners and walkers, but do they really reduce carbon emissions, as city planners hope? A new study provides some of the first direct proof that they do.

University of British Columbia researchers surveyed people living near Vancouver’s Comox-Helmcken Greenway the year before and after its completion in 2013. About half of the 585 participants lived within 1000 feet of the greenway, and the rest were within a 1500 foot radius. Results showed that the closer group reduced their daily car or bus travel distance by 18 per cent after the greenway was built.

“These participants logged approximately 6 miles of car or bus travel per day, compared to around 8 miles the year before,” said Victor Douglas Ngo, the study’s first author and a researcher at the health and community design lab at UBC. “Less commuting also meant they generated 21 per cent less travel-related emissions, producing more than a pound of emissions per day, from a pound and a half the previous year.”

The group that lived furthest did not show the same reductions in car or bus travel. Their motorized travel actually increased by 37 per cent to an average of around 5 miles per day per person, from 3 miles previously. In addition, their average individual carbon emissions grew to more than a pound and a half to less than one pound previously.

Researches said these increases in the second group likely stem from the boom in car-sharing services like Car2Go in the West End during this period, which made driving easier for the already pedestrian-oriented population.

“Car sharing was growing across the city, and people who lived farther from the greenway likely found it more convenient to car share compared to those who were closer to and more influenced by the greenway,” said the study’s senior author and principal investigator, Lawrence Frank. “Three hundred metres from a greenway would seem to be the optimal distance for maximum environmental benefits.”

The Comox-Helmcken Greenway spans a little more than 4 miles and features cycling paths, parklets and public seating. It runs west to east from Stanley Park to Hornby Street in downtown Vancouver.

“A key part of our transportation work at the City is to make walking, cycling and public transit the preferred transportation options in order to reduce greenhouse gas emissions and reduce congestion. Part of achieving this has been to create reliable and comfortable bike routes that are usable by people of all ages and abilities, so that deciding to bike to work or for an errand is easy,” said Lon LaClaire, director of transportation for the City of Vancouver. “We have seen tremendous growth in people choosing to cycle to get around, and we have reliably seen that creating new all ages and abilities facilities has drawn more people to travel by bicycle. We are pleased to see that this study confirms that the key objective of these projects is being achieved.”

“As more cities invest in infrastructure to promote health and protect the environment, it’s more important than ever to understand the impact of those improvements,” added Frank, the Bombardier Chair in sustainable transport and a professor in the schools of population and public health, and community and regional planning at UBC. “To the best of our knowledge, this is the first study that shows a direct causal effect of a greenway investment on individual behaviors and the environment.”