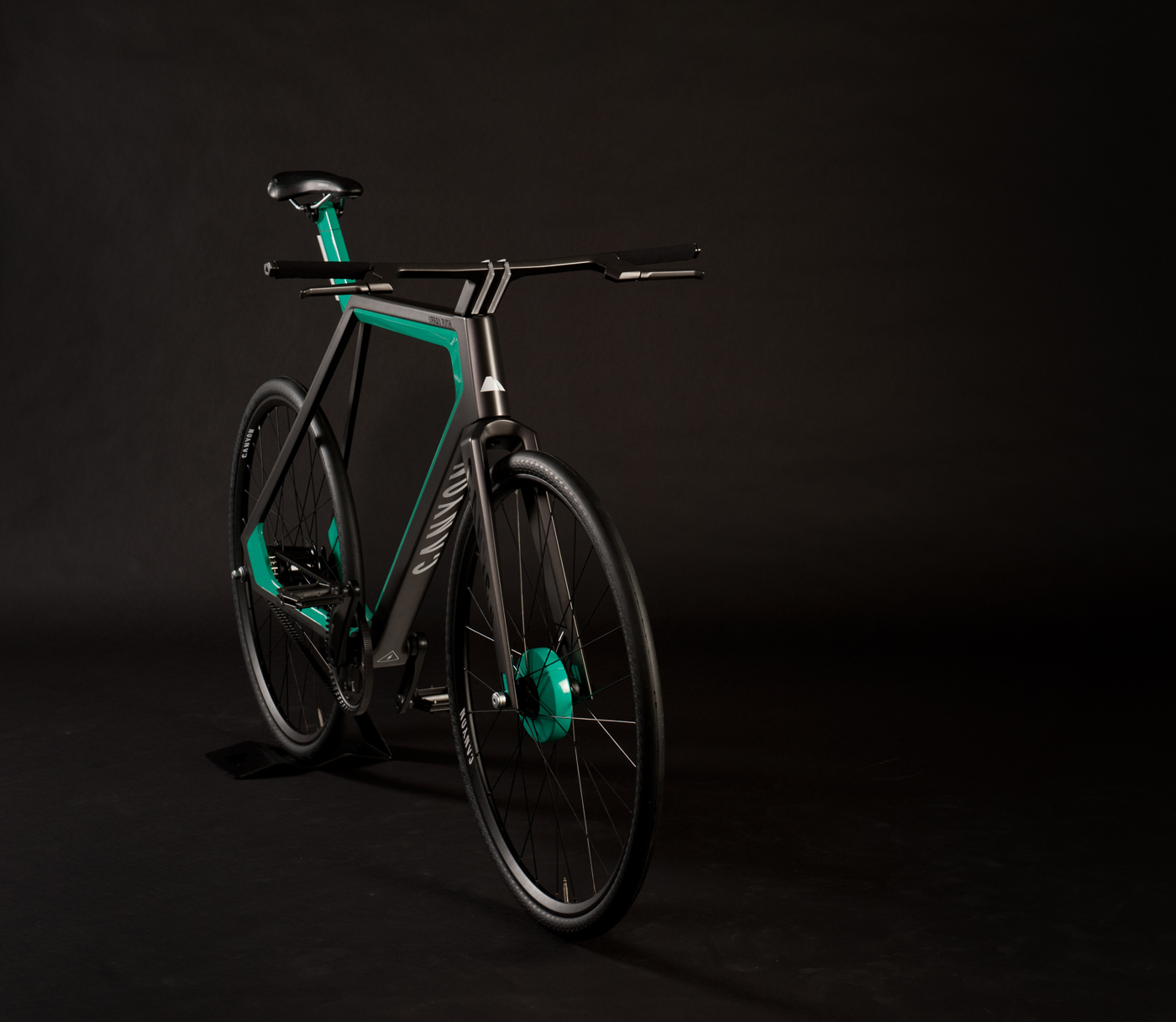 14 Aug 2015
By Campionissimo - In LATEST ARTICLES, THE DOUBLE DIAMOND

There’s no storage when it comes to far-flung concept bikes. And, while many of them are truly impressive feats of engineering design, very few ever become actual, functioning bikes – ready for production.

However, given it’s backing by the German bike brand, Canyon, Florian Mayer’s Urban Rush, could very well become a reality.

According to Mayer, most of a cyclist’s time riding in an urban setting, is spent mainly “braking and waiting” in and around traffic. The goal of the Urban Rush, is to take the limited amount of actual riding time, and turn it into something exciting.

Indeed, if looks alone were an indication of the Urban Rush’s ability to do, Mayer has certainly accomplished his task.

But here’s what he has to say.

Just 15% of the time of urban bicycle riding is actual riding time. The time in which you can experience the “flow” and the real feeling of freedom. The other 85% of the time is used for braking before traffic lights, waiting at traffic lights and accelerating after traffic lights. Most people say that they feel stressed and hurried by cars in this accelerating situation and most of the urban accidents happen in this phase as well. Because I can´t change the traffic light system, I chose to change the bicycle. A new concept for urban cycling with the goal of highlighting the 15% of great and real bicycle riding time by vanishing the negative 85% through the intelligent use of e-mobility.

The relevant keywords, describing the customer and the scenario, have been collected in order to define a new bike DNA. As a result of the mix of needs for the urban area, a Roadbike/Mountainbike crossover seemed to be perfect. The agility and lightness of a roadbike in combination with the tough design and adaptability of a MTB were the core features of this new concept.