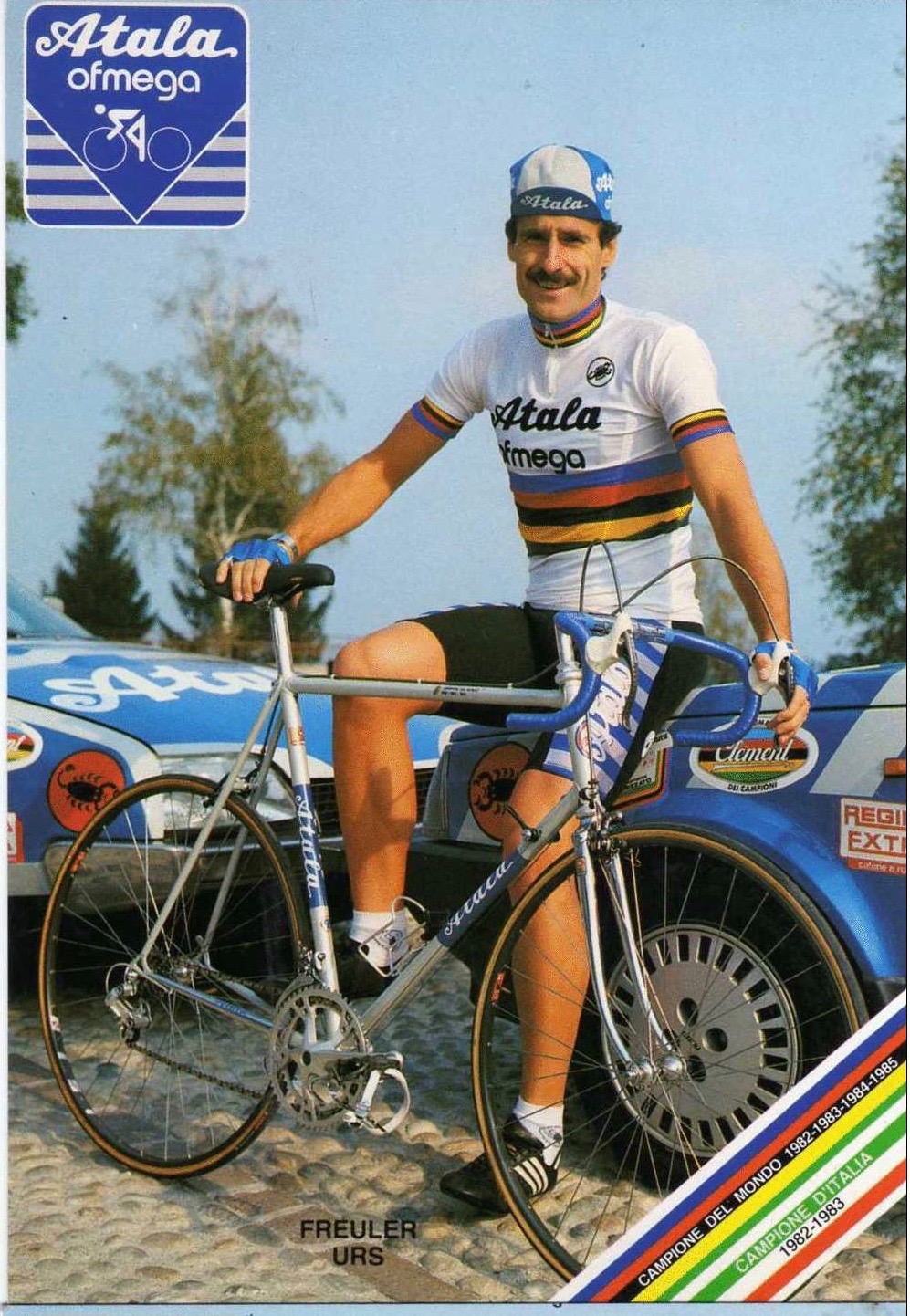 09 Nov 2015
By Campionissimo - In LATEST ARTICLES, THE PODIUM

A belated happy birthday to Urs Freuler, who was born on November 6, 1958.

Apart from being the most successful points racer in history, the Swiss rider also excelled in the kern, as well as road racing.

After earning a bronze in the 1979 amateur worlds, Freuler won seven consecutive world championships in the professional points race (1981-87), adding an eighth in 1989. He is only approached in number of titles in the event by his compatriot Bruno Risi, with five. Despite never racing in Japan, Freuler was also a highly successful keirin racer, winning five world championship medals, including two titles (1983, 1985).

On the road, Freuler was also a noted sprinter, collecting 15 stage wins in the Giro d’Italia, and winning the maglia ciclamino (points classification) in 1984. Freuler also won one Tour de France stage, nine in the Tour de Suisse, along with victories in the Tour de Romandie, Tirreno-Adriatico and the Setmana Catalana de Ciclisme as well.