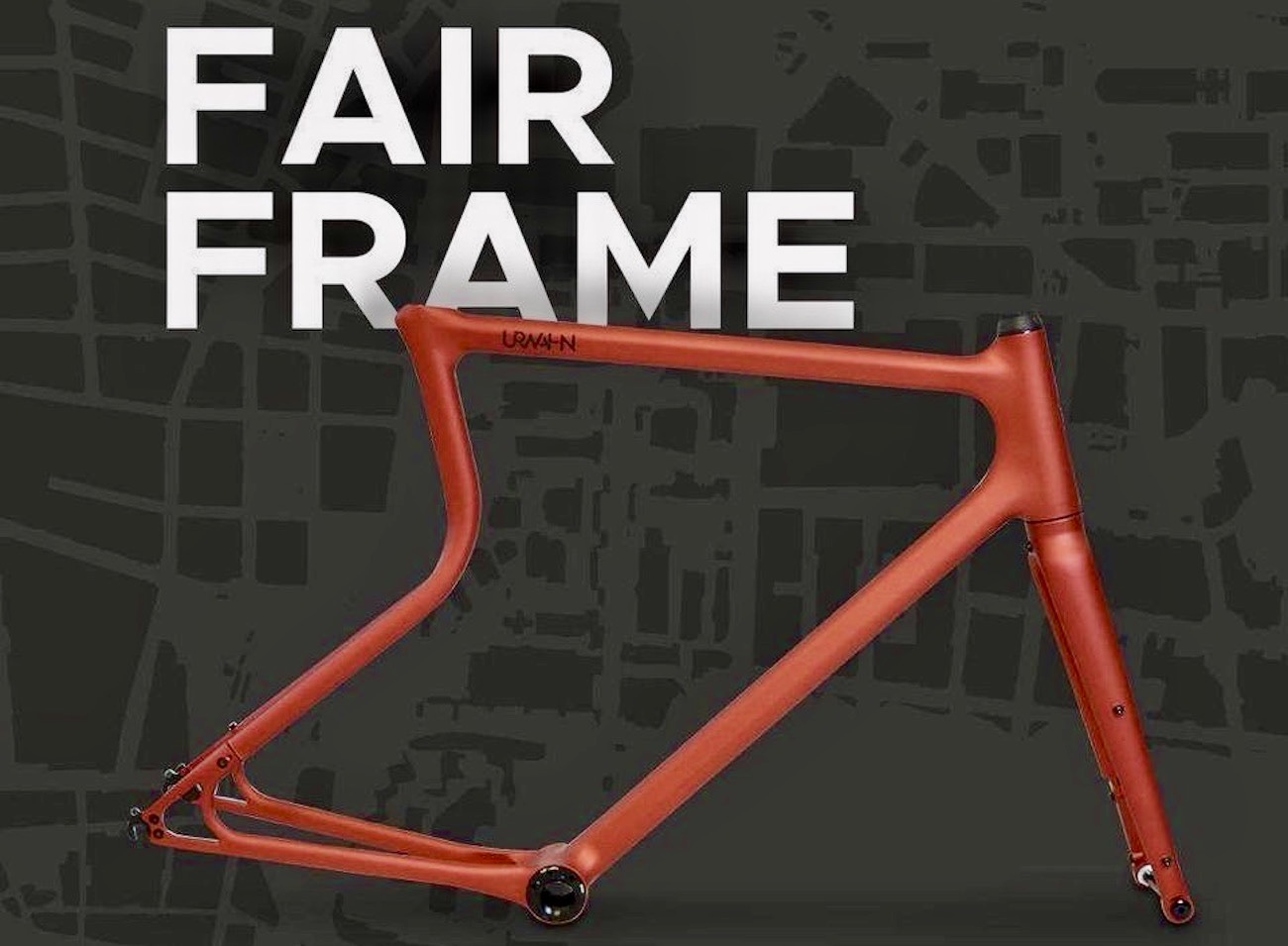 The German bike company, Urwahn, has launched a new brand called Fairframe, with the goal of being awareness to fairly manufactured and traded bicycles.

“We’re declaring war on the mass industry. Due to unacceptable conditions for people and environment under which the majority of today’s bicycle industry in the Far East produces, we’ve decided to make a change,” says Urwahn. “Especially the bicycle frame, as the central element of a two-wheeler, is produced in masses. Material characteristics and a fair wage policy play a subordinate role in favor of the most favorable import.”

In keeping with its credo, all of Fairframe’s steel framesets are made entirely in Germany, relying on 100% recyclable steel using state-of-the-art 3D printing processes.

“With this manufacturing technique in place, we can ensure lean manufacturing chains that we follow on demand and just in time. Not only does steel offer decisive properties such as comfort, it also far outshines its competitor’s aluminum and carbon in terms of sustainability, environmental friendliness and recyclability,” Urwahn explains.

According to Urwahn, its fair trade and sustainability goals are based on five pillars; durable design, resource-saving use of materials, production on demand, recyclable packaging and German quality standards. Adding to the company’s transparency, Urwahn also lists the four Germany-based production locations that are used to manufacture Fairframe bikes.

“We are a small manufacturer, producing on-demand and just in time with a high level of customer configuration,” explains founder Sebastian Meinecke. “We set our KPI of production for this year at 175 units of Fairframe Bikes, which we have successfully completed. For the next years we will scale up our production in an organic manner”.

The company aims to produce around 300 units in 2021, with the goal of raising that figure to around 500 in 2022 and 500+ in 2030. “It is not in our interest to compete with the mass industry in terms of quantities. We produce according to the customer requirements,” Meinecke confirms.

“We are focused on Urban, Gravel and Road bikes with electrified and none-electrified specs, because these segments have the highest potential in innovations on the long term. We are planning to expand worldwide in the areas of B2C and B2B and we are still preparing the processes, especially in logistic,” Meinecke adds. “Our most important sales market currently is the DACH region (Germany, Austria, Switzerland), whereby Germany is the main target”.

“It is pretty easy for us to be able to scale-up and meet rising demand, because we build up all our production processes from the ground and are deeply involved in the R&D of all our industrial partners. To ensure transparency, we have developed very intelligent processes, which we sometimes also align digitally. This enables us to guarantee a very high quality under fair conditions even for larger quantities and demands. The regional anchoring of our production naturally also plays into our advantage.”

While Urwahn is still dependent upon a number of suppliers in the Far East, the company’s long-term goal is to become a manufacturing and climate-neutral company.