22 Aug 2015
By Gianni Pericolo - In LATEST ARTICLES, THE GREAT RACE 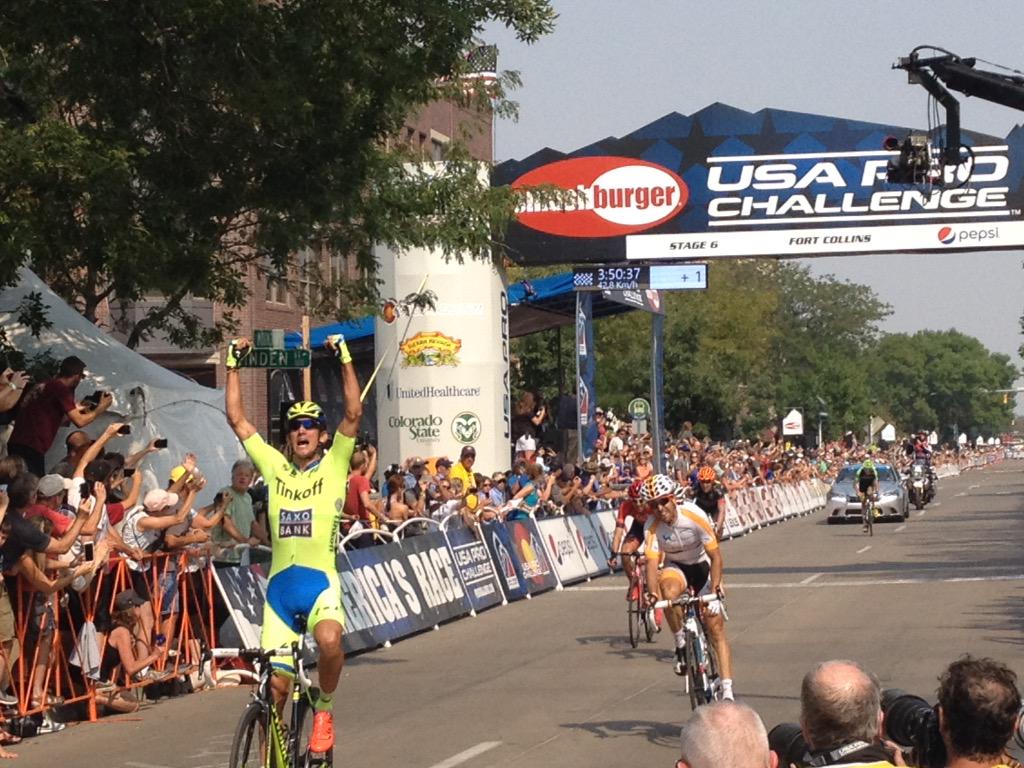 Roman Kreuziger (Tinkoff-Saxo) claimed stage 6 of this year’s USA Pro Challenge, in a sprint for the line in Fort Collins today.

From there, the escapees went on to establish a four minute advantage over the peloton- after about 50 kilometers of racing.

Summerhill was the first casualty of the breakaway group, after the UnitedHealthCare rider crashed along the descent of Rist Canyon.

However, as the race headed into the final 10 kilometers, the breakaway group’s lead had been reduced to just about a minute.

Still, the escapees continued to remain outside of the grasp of the peloton, as they entered into the final 5 kilometers.

At that point, Kreuziger decided to attack his breakaway companions, with only Brown able to mark his move.

From there, the duo succeeded in opening up a slight gap for themselves, while the rest of the group pursued in earnest.

Megias eventually bridged his way to Kreuziger and Brown during the final kilometer.

The Novo Nordisk rider was the first to open up his sprint, but he was unable shake Kreuziger, who shortly initiated his own surge for the line – subsequently sailing past Megias during the final few hundred meters to take the win.

Meanwhile, Rohan Dennis finished safely in the peloton, 44 seconds behind Kreuziger, to maintain his grip on the overall general classification. 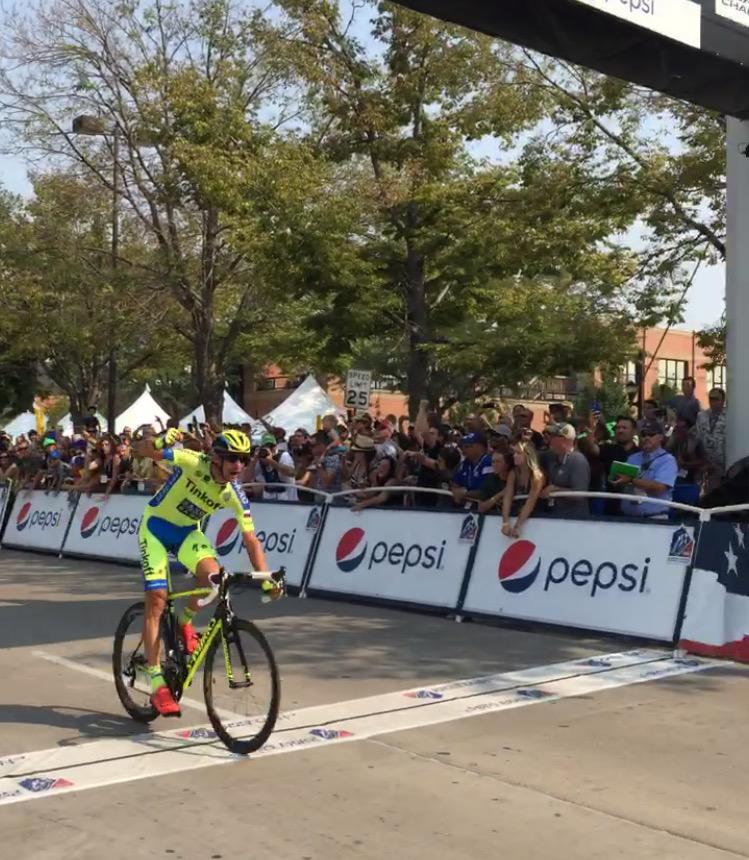