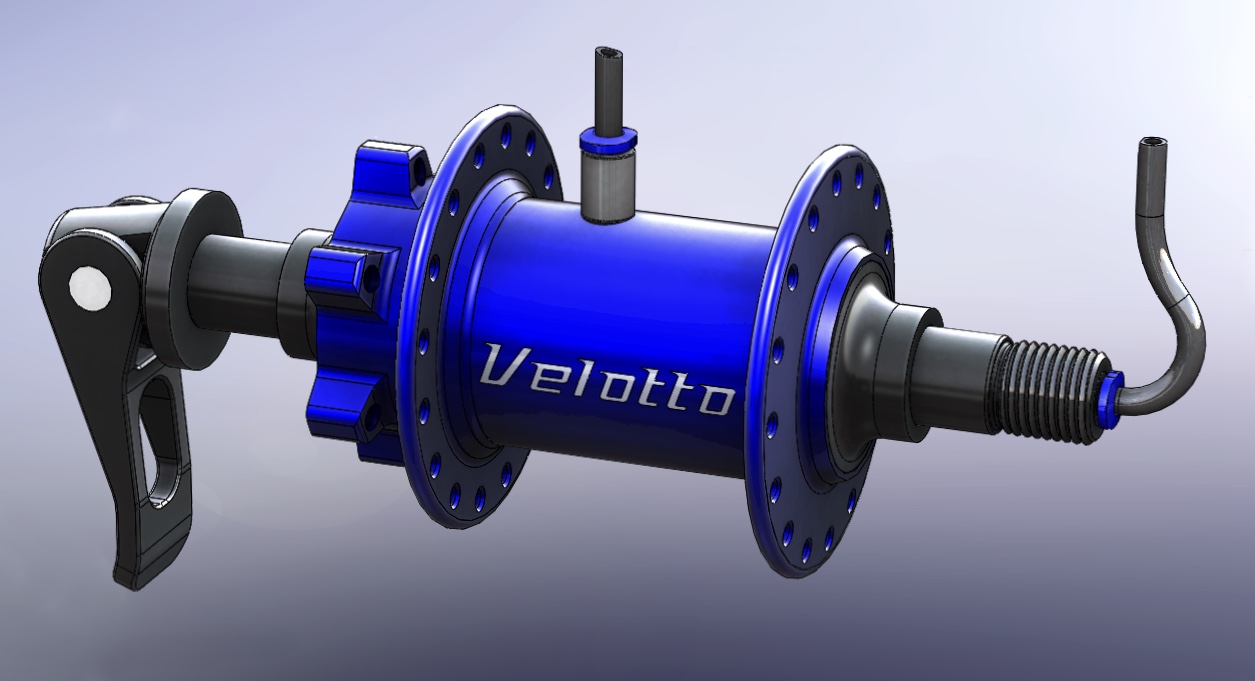 Velotto is an integrated system that’s designed to allow cyclists the ability to adjust tire pressure while riding.

The prototype was first presented during last October’s Bike Motion Benelux show in the Netherlands.

The Velotto system utilizes a CO-2 cartridge that’s mounted on the bike’s frame, which is controlled by a separate module that’s located alongside the handgrip.

From there, the module can regulate tire pressure via connecting tubes that are coupled to the front and rear hubs.

According to Velotto’s designer, Kees-Jan Otto, the final version of the system will come with two LCD displays showing the tire pressure for each wheel, though this feature does not appear as part of the prototype.

While Otto is currently conducting a detailed marketing analysis to explore the viability of his invention, he nevertheless plans to release the Velotto as early as this Spring.

Otto says, the initial system is designed to be used with MTB, Fat, Gravel and varies style Urban Cruiser bikes, and it will be available as both a stand-alone product, as well as part of a complete wheelset.

The price of both options is not yet available.