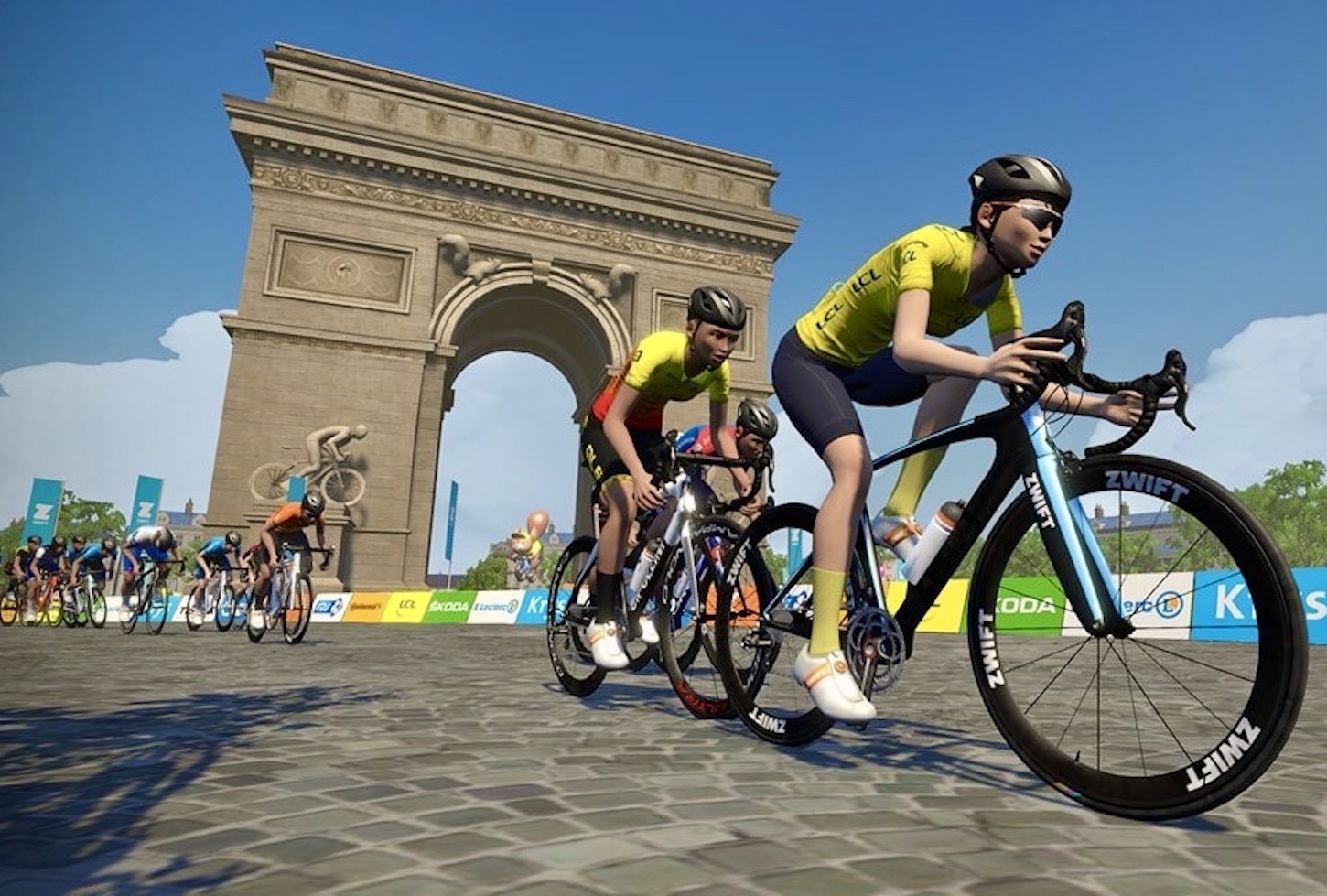 Elite sports events are still largely closed to the world – but July 2020 has still been an unprecedented month for the global sporting calendar thanks to the world’s first Virtual Tour de France, which – despite the name – was based nowhere in particular, as riders took part from their homes in all parts of the world.

It’s historic, not just because the event brought together the world of esports cycling and the iconic and grueling race – this was also the first time that women competed in a multistage Tour.

There were some key differences. Rather than being an individual race, it was run in teams, it was a lot shorter than the actual Tour and, most importantly, it involved cyclists sitting on their bikes indoors plugged into the Zwift virtual cycling system. Yet, for the audiences tuning in via YouTube, it’s easy to mistake it for an actual broadcast of a road race, as the graphics emulate the physical map and terrain of the route. Even the broadcast commentary was similar.

The Tour is the latest in a whole range of digital innovations that have brought sports into the homes of millions of people during the COVID-19 lockdown, when they all had to press pause on their physical events programs.

In the same way that social media platforms such as TikTok and Instagram are establishing new markets and audiences, esports and the virtualization of sport are showing how new economies are emerging around novel, digital sports experiences through gaming platforms.

While many of the COVID-19 esports events from international sports federations have been more showcase events than elite competition, they have paved the way for a new normal to emerge, not just for participants, but for the many industries that produce media events.

Andy Miah is Chair of Science Communication and Future Media, in the School of Science, Engineering, and Environment at the University of Salford, Manchester

He has authored 9 books and in 2017  published the long-awaited book ‘Sport 2.0’ with The MIT Press, the first book to approach the growing mixed-reality future of sports, considering how digital technology is changing the athlete, spectator, and officials experience of sport.