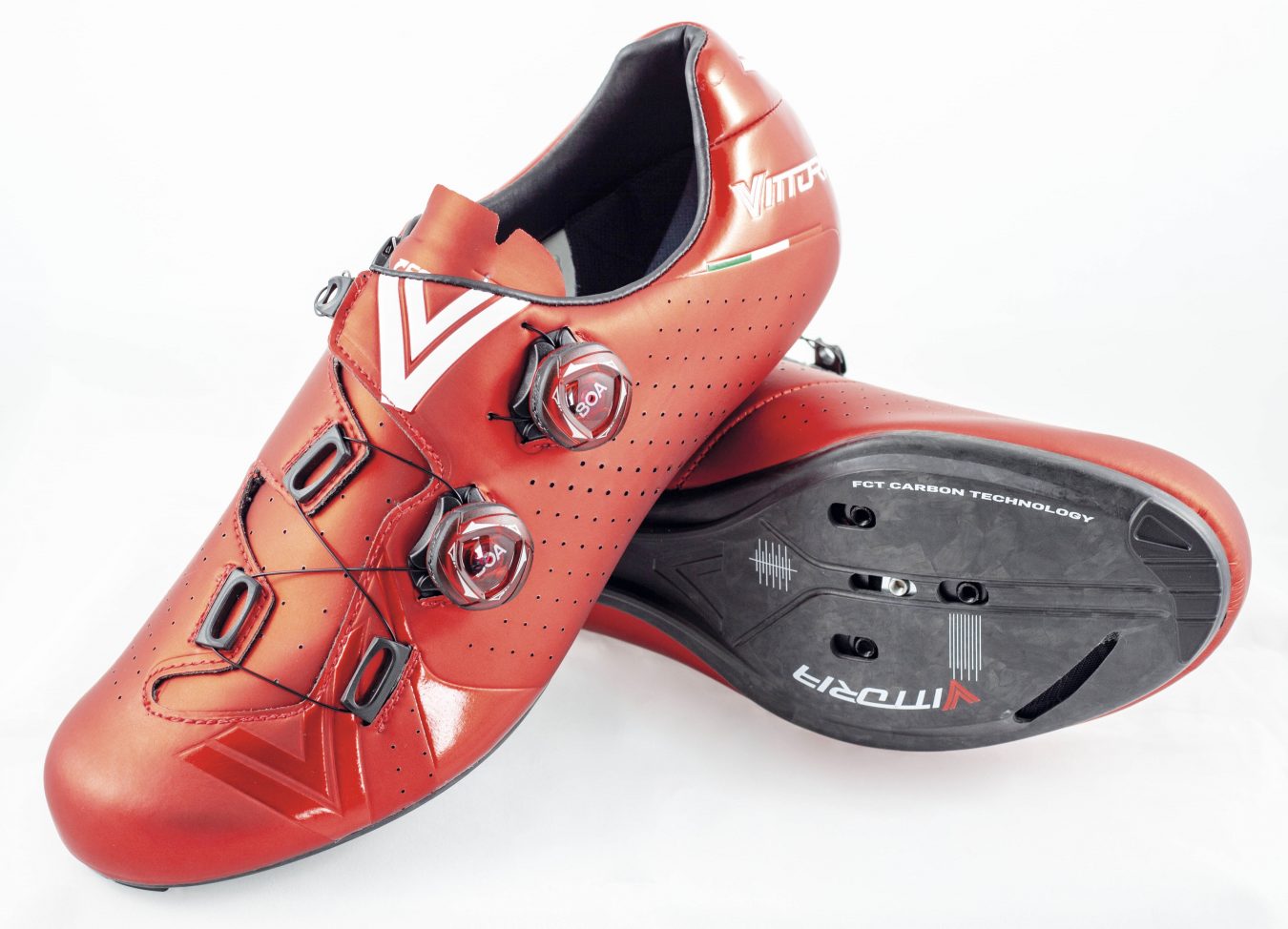 When the average cyclist hears or sees the name Vittoria, they closely associate it with premium bike tires. To the enthusiast however, there’s a different company that shares the same Italian moniker, one that’s steeped in the design and manufacturing of high end cycling shoes.

Indeed, Vittoria first launched its range of bike specific footwear as far back as 1976, and has since remained at the forefront of cycling shoe technology, turning out sophisticated kicks that have found their way onto the feet of everyone from World Champions in the sport to the most discerning roadies.

After more than 40 years of producing advanced cycling shoes, Vittoria recently became the proud recipient of a prestigious Design and Innovation Award for its flagship VELAR road shoe.

Comprising the latest in high-tech materials, the VELAR features what Vittoria calls its EFC 2.0 closure system, which utilizes a pair of Boa IP1 dials to uniformly wrap the shoe around the rider’s foot by evenly distributing the tightening force across the entire upper.

In addition, the VELAR also incorporates the brand’s new FCT sole, which is claimed to reduce weight by 28% when compared to a traditional carbon sole, making the shoe one of the lightest on the market.

Having a cycling shoe fetish of epic proportions, when the opportunity arose to review the VELAR, I jumped at the chance with alacrity.

I no sooner unboxed the stylish red metallic shoes, that I began conferring such accolades upon them as “artisan made, yet modern”, with the richness of materials and advanced design really standing out.

From the outset, my feet took to the VELAR as though they had been custom made for my dogs alone, and the sophisticated insoles only added to the shoe’s comfort and support.

After logging hundreds of miles in the VELAR, the shoes provided a level of stability and power transfer that placed them amongst the very best I’ve ridden in – never giving up anything in the way of comfort or composure, even on the longest rides and under the harshest of riding conditions.

Is the VELAR the “next generation” cycling shoe?

Perhaps, the best way to sum up the VELAR is to simply say, it represents the culmination of every great cycling shoe that Vittoria has made over the last four decades (and there’s been a lot of them), brought up to date by the latest in design and innovation while still maintaining a sense of old-world artistry. Think Geppetto working alongside a team of top designers with CAD software.