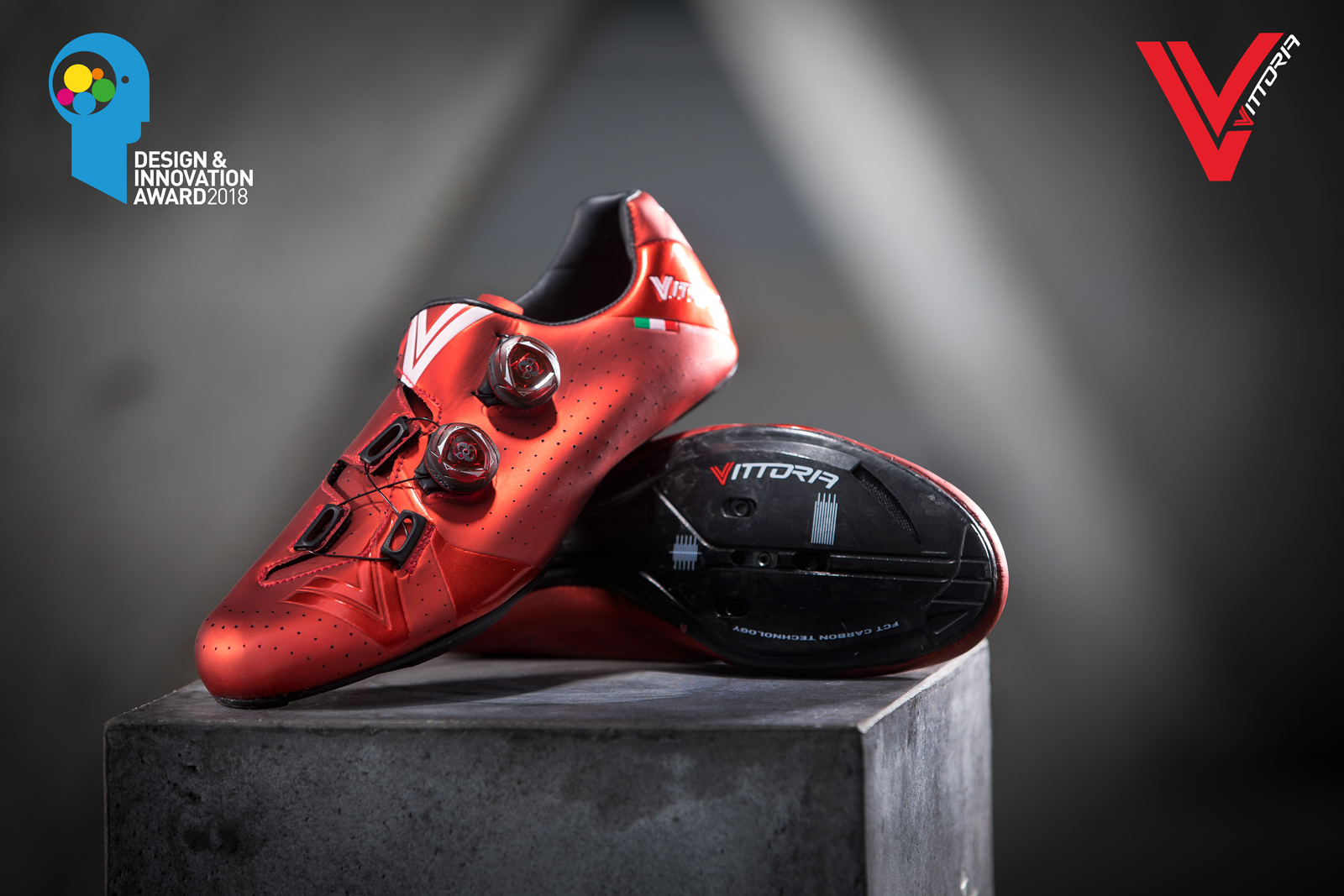 When the average cyclist hears or sees the name Vittoria, they closely associate it with premium bike tires. To the enthusiast however, there’s a different company that shares the same Italian moniker, one that’s steeped in the design and manufacturing of high end cycling shoes.

Indeed, Vittoria first launched its range of bike specific footwear as far back as 1976, and has since remained at the forefront of cycling shoe technology, turning out sophisticated kicks that have found their way onto the feet of everyone from World Champions in the sport to the most discerning roadies.

After more than 40 years of producing advanced cycling shoes, Vittoria recently became the proud recipient of a prestigious Design and Innovation Award for its flagship VELAR road shoe.

Comprising the latest in high-tech materials, the VELAR features what Vittoria calls its EFC 2.0 closure system, which utilizes a pair of Boa IP1 dials to uniformly wrap the shoe around the rider’s foot by evenly distributing the tightening force across the entire upper.

In addition, the VELAR also incorporates the brand’s new FCT sole, which is claimed to reduce weight by 28% when compared to a traditional carbon sole, making the shoe one of the lightest on the market.

According to Vittoria, the VELAR is available in a range of sizes from 40 to 48, and 38 to 48 in the Speedplay specific version, along with a handful of stylish colors for $499.

Here’s what the Design and Innovation Award jury had to say about the VELAR ….

“With the VELAR, Vittoria has created an aesthetically and technically excellent road bike shoe. For an optimal t Vittoria uses two Boa IP1 closures in each shoe; this clever retention system wraps around your foot while reducing the pressure points, and the shoe is available in two widths. Another special technical detail is the rein- forcement bars in the carbon sole, which increase stiffness while reducing the amount of material and thus the weight. The extended insole provides for arch sup- port and can be individually adapted. It goes without saying that the Italian VELAR also scores good style points: aesthetically the highlight is the matte metallic look with glossy applications.”

You can learn more about the VELAR by visiting Vittoria’s website here.