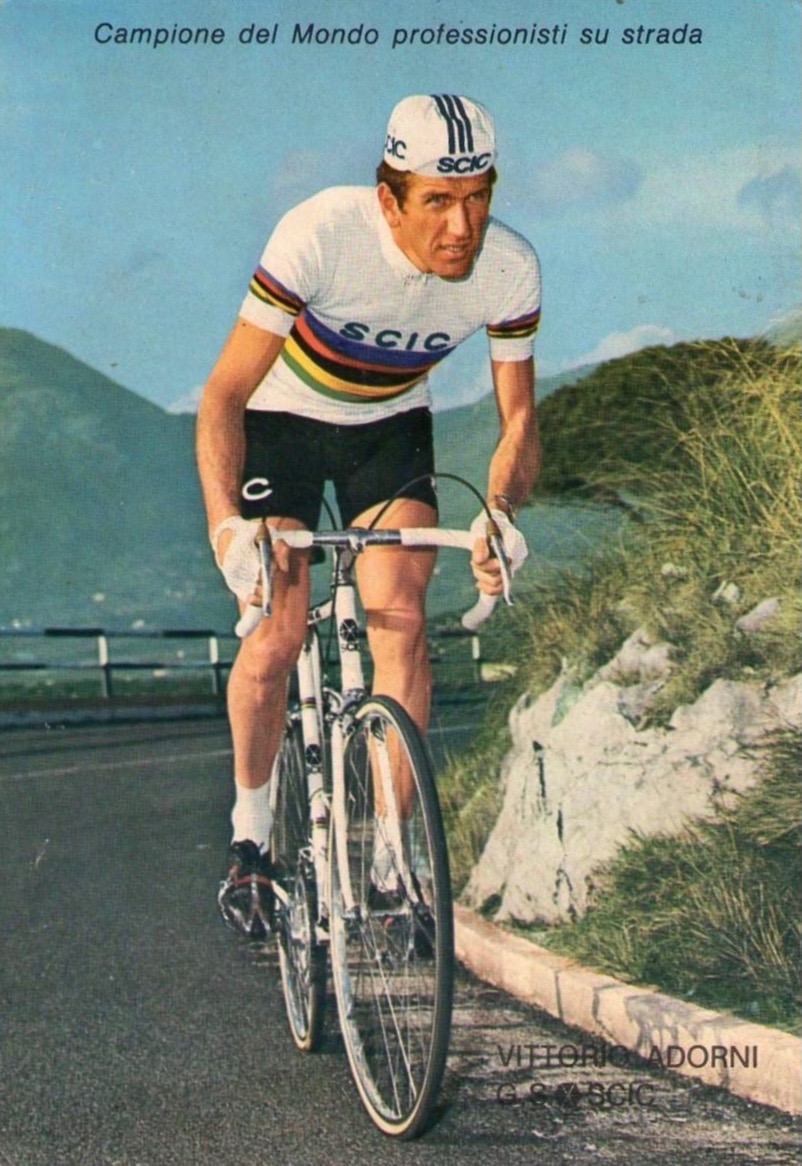 16 Nov 2015
By Campionissimo - In FEATURED ARTICLES, LATEST ARTICLES, THE PODIUM 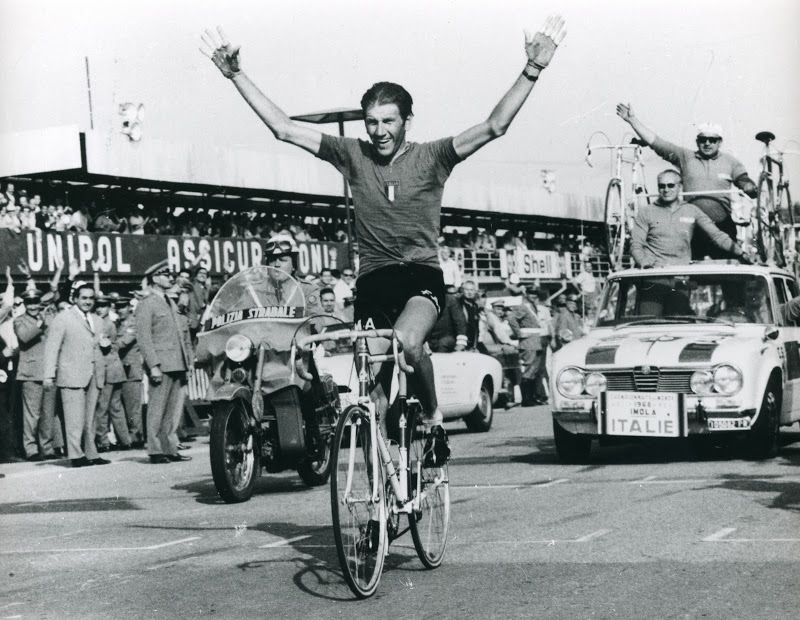 A belated happy birthday to Vittorio Adorni, who was  was born on November 14, 1937.

The Italian rider is best remembered for winning the 1965 Giro d’Italia ahead of fellow Italians Italo Zilioli and Felice Gimondi.

In addition, Adorni won the 1968 World Championship Road Race in front of Herman Van Springel of Belgium and Michele Dancelli of Italy, as well as his country’s national road championship in 1969.

Upon retirement from racing, Adorni worked in insurance, and then became directeur sportif of the Salvarani team until 1973.

After that, he became president of the Italian riders’ association and a commentator for the television company, RAI.

In 2001, he joined the management committee of cycling’s governing body, the Union Cycliste Internationale (UCI).

Additionally, Adorni has worked as a public relations person for the winter Olympics at Innsbruck in 1976, as well as summer Games in Montréal in 1976.

From 1996 until 2004, Adorni served as  President of Panathlon International.