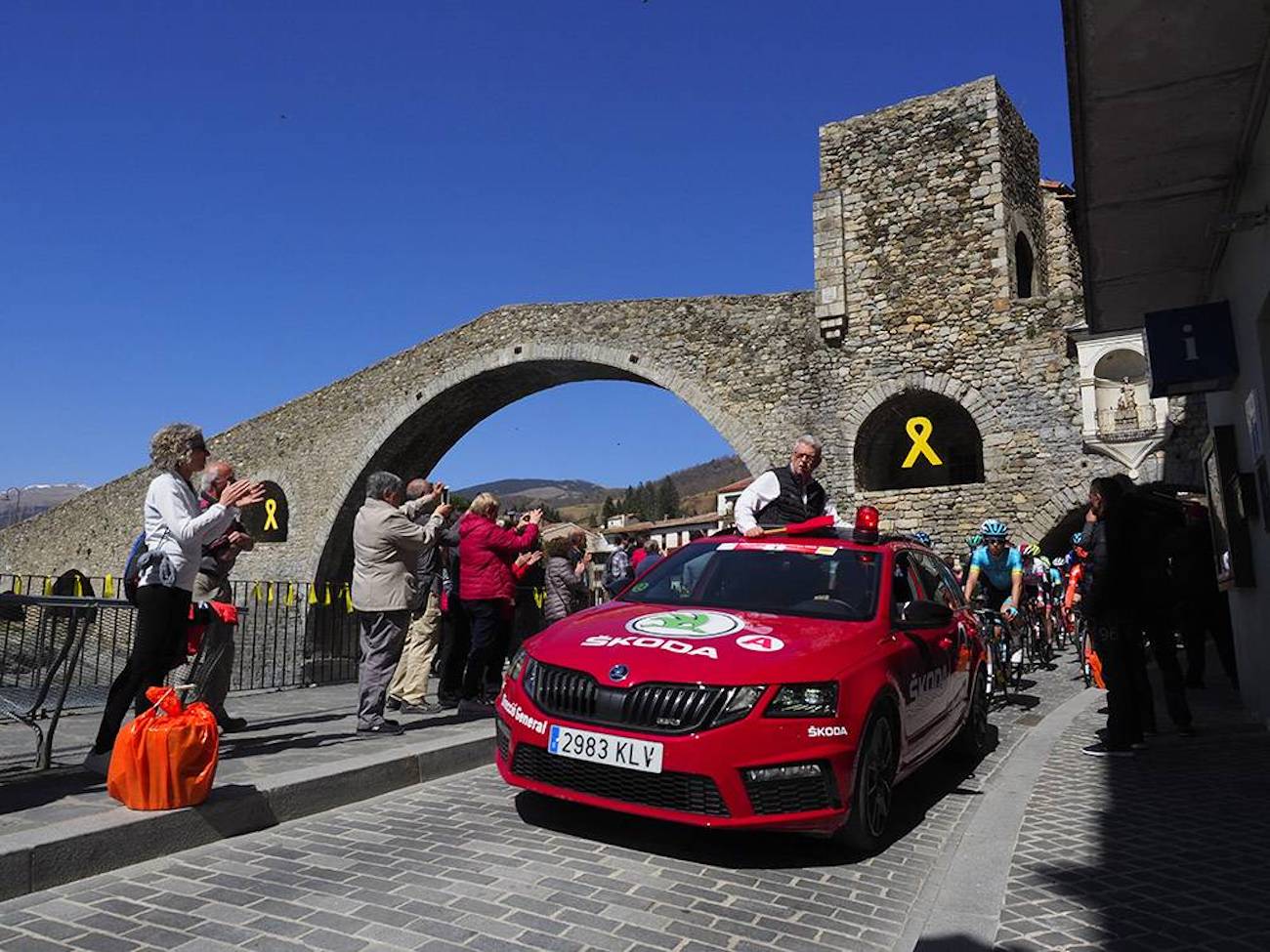 Miguel Angel Lopez climbed to victory in stage 4 of the Volta a Catalunya that finished in La Molina, Spain today.

Lopez’s victory not only netted him the stage win, but moved the Colombian rider into the overall race lead.

Lopez commenced two successive attacks with less than 9 kilometers to go, wherein the latter of the two moves was quickly joined by Gregor Mühlberger (Bora-Hansgrohe) and Marc Soler (Movistar), who were the last survivors of the day’s long breakaway

However, the Astana rider managed to drop his two rivals during the final kilometer, and go on to claim a solo victory atop the final climb of the La Molina.

After today’s stage, Yates moved up into second place in the overall classification, 14 seconds behind Lopez, while Bernal sits in third at 17 seconds back.