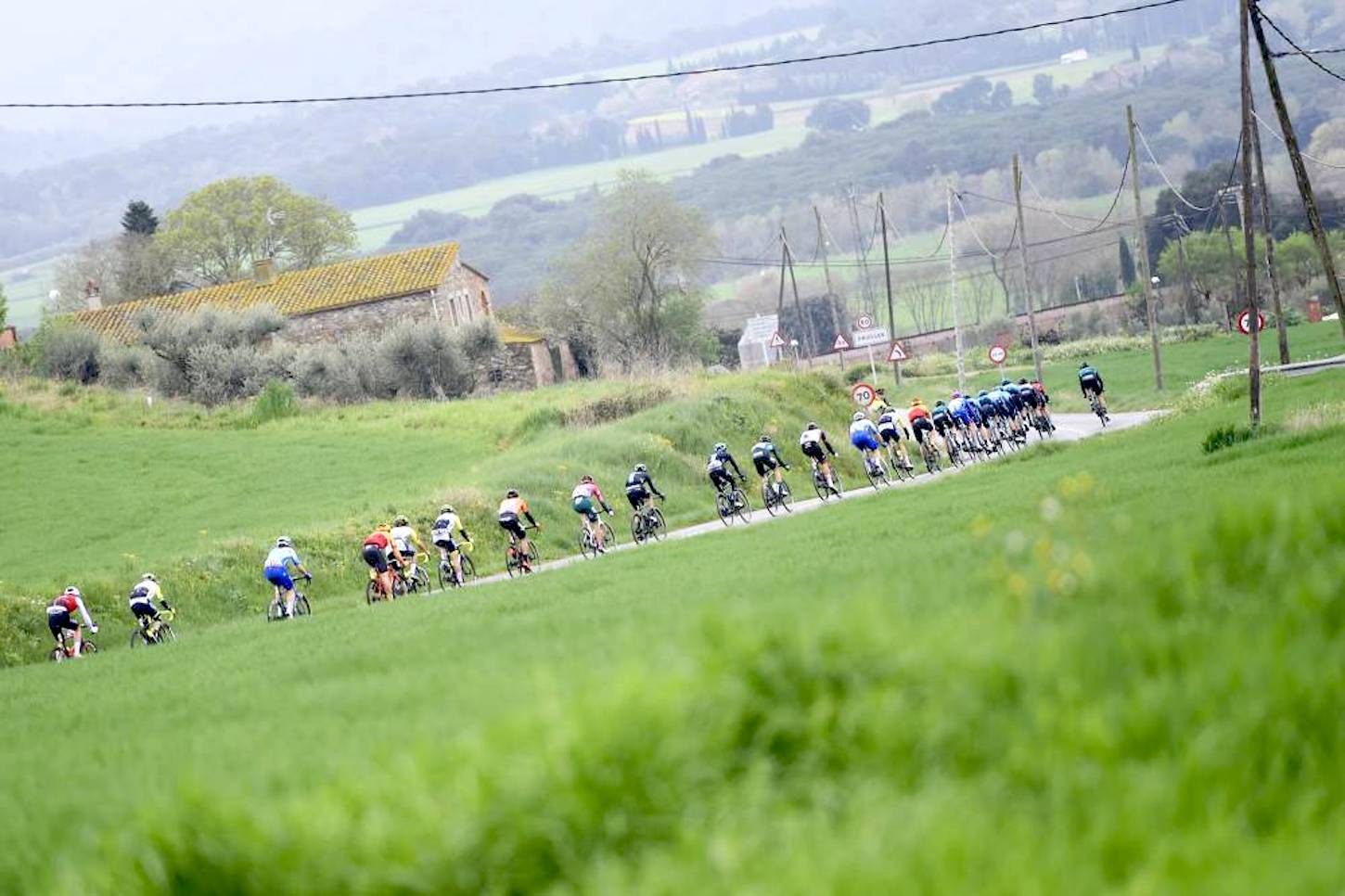 The Australian rider and his Italian rival went head-to-head on opposite sides of the road, with Matthews showing superior strength as the duo sprinted with 200 meters remaining,

Meanwhile, Quentin Pacher (Groupama-FDJ) took the final spot on the podium after threatening to catch the fading Colbrelli, but there was a small gap back to the rest of the bunch.

While the conditions improved, peloton fragmented half-way through the stage, with 20 riders bridging their to the leader’s.

However, the escapees were caught with 78 kilometers to go, with Caicedo going on the attack once again, briefly taking Nans Peters (AG2R Citröen) with him before an untimely puncture.

On the descent from the Alt de Romanyà there was a small crash that ensnared Richard Carapaz (Ineos Grenadiers), forcing his team to work hard on bringing him back.

The leaders were finally reined with 7.7 kilometers to go, as the pace really stepped as the peloton entered the last few kilometres.

On the final drag to the finish line, Carapaz was one of the first to attack, while behind Sonny Colbrelli (Bahrain-Victorious) and Michael Matthews (BikeExchange-Jayco) waited for their moment.

Matthews finally sprinted, with Colbrelli following and taking the other side of the road, but the former held out to snatch the stage honors.