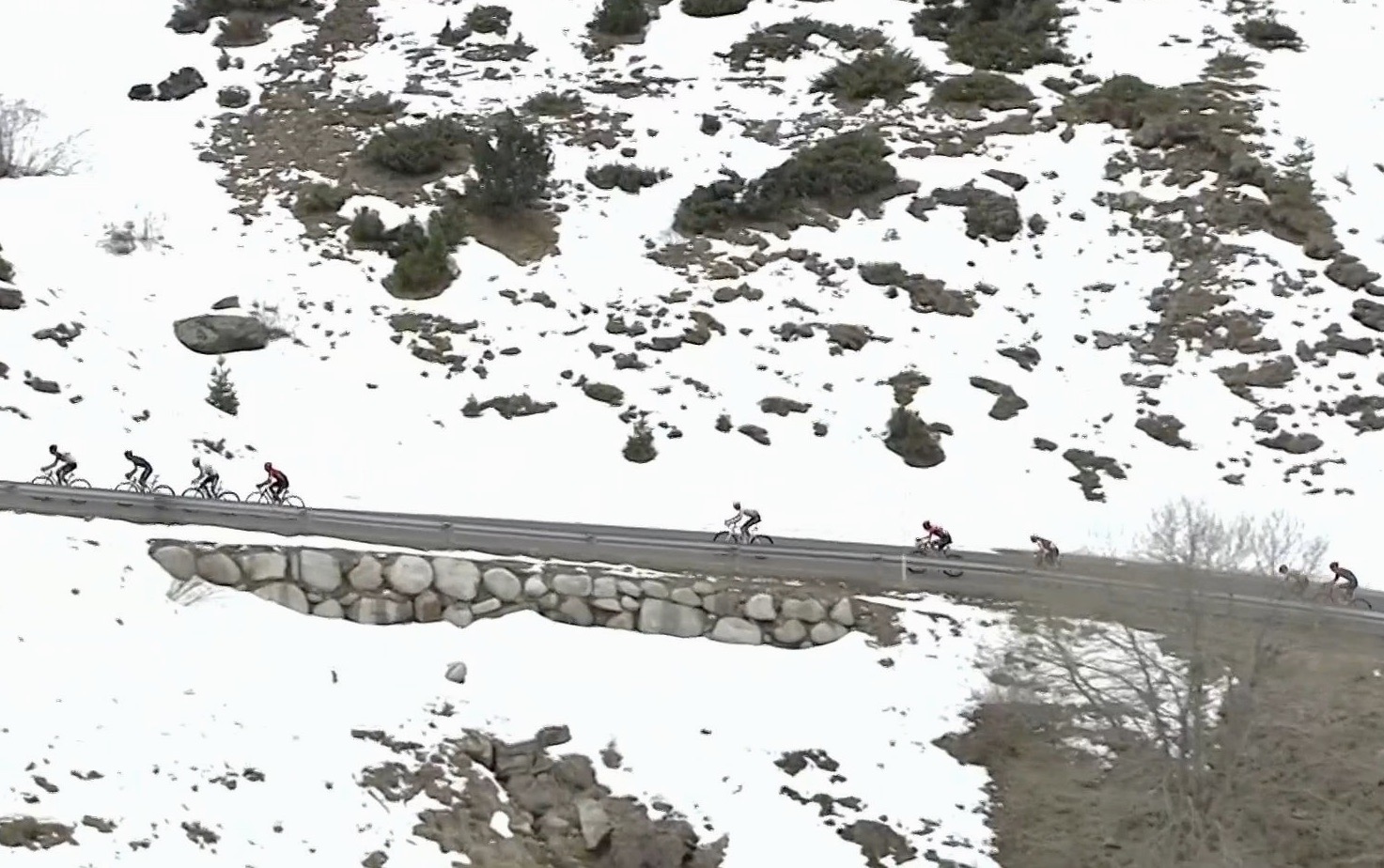 João Almeida (UAE Team Emirates) won stage 4 of the Volta a Catalunya today, after beating Nairo Quintana (Arkea-Samsic) and Sergio Higuita (Bora-Hansgrohe) in a mountaintop sprint above the snow-line of Boí Taüll in the heart of the Pyrenees.

The trio managed to escape during final 2 kilometers, distancing Richard Carapaz (Ineos Grenadiers) and race leader Ben O’Connor (AG2R Citroën) to battle it out along the sweeping final corners and gravel tarmac to the finish.

As a result, O’Connor had to relinquish the lead after finishing 23 seconds down on the Almeida, slipping to fourth place in the overall standings.

However, the chase was keen to keep the pace high, later reining in all but Armirail at the bottom of the final climb to Boí Taüll.

Arkea-Samsic animated things along the final climb, with a flurry of attacks also coming from O’Connor.

George Bennett attacked with 10 kilometers to go, bridging his way to Armirail during the final 4 kilometers when a second round of attacks got underway back in the peloton.

Carapaz put in the first attack, with Higuita closely marking his move. But, the duo was quickly reeled in by Almeida, dropping O’Connor along the way.

From there, Almeida, Quintana, Higuita and Carapaz continued attacking each other, with Almeida being the first to launch his sprint.

Quintana managed to overtake his Portuguese rival during the last corner, but Almeida produced a final burst of acceleration to seize the victory. But, as a result of time bonuses, Quintana resumed the overall race lead.