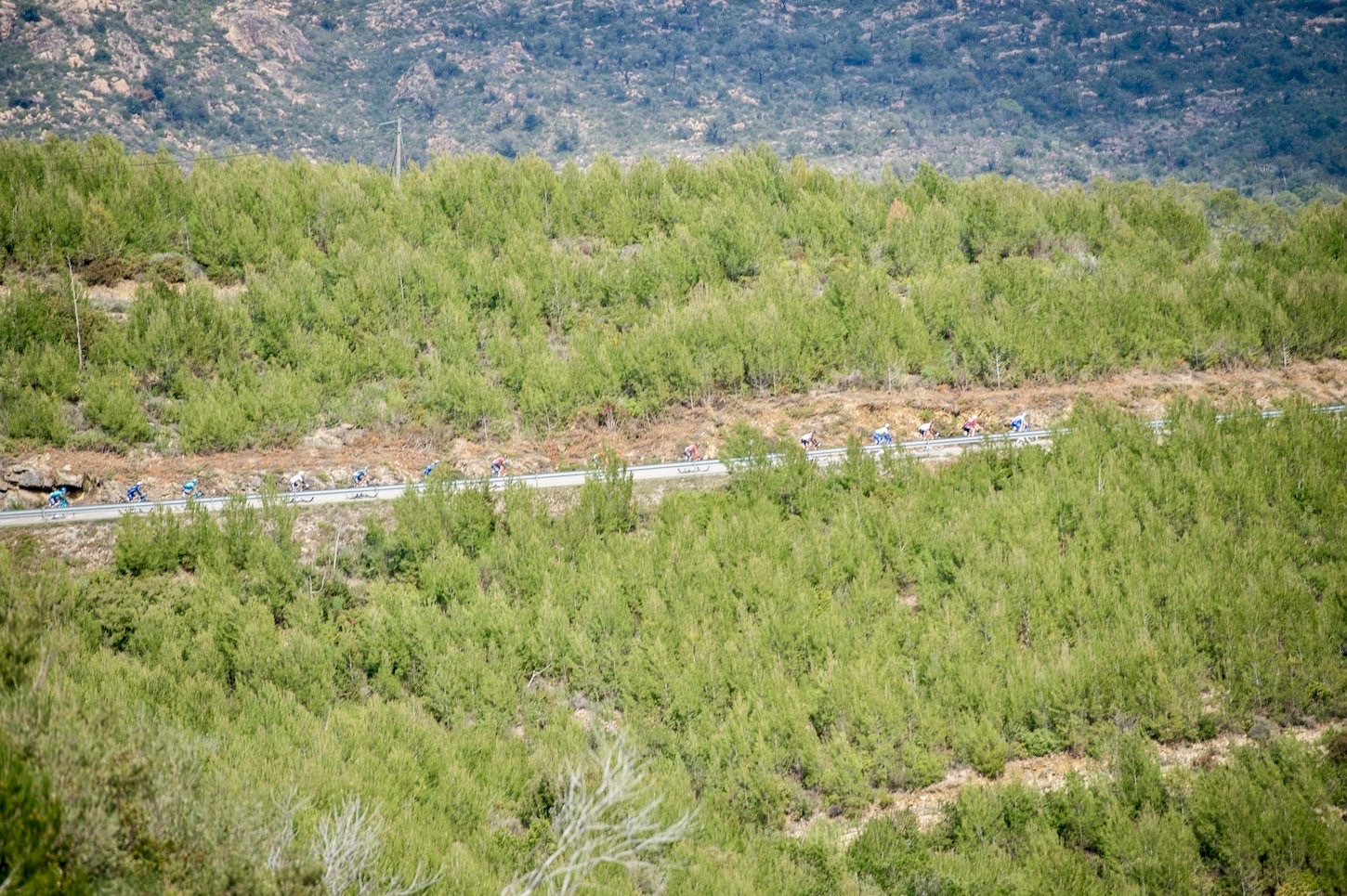 Andrea Bagioli (QuickStep-AlphaVinyl) won the final stage of the Volta a Catalunya today, after outsprinting Atilla Valter (Groupama-FDJ) and Fernando Barceló (Caja Rural-Seguros RGA) on the line in Barcelona.

A sizable breakaway group of 12 riders eventually rode clear of the peloton during the first hour of racing, later establishing a slight advantage of around one minute before reaching the final six-lap circuit.

However, a high-paced pursuit led by Ineos Grenadiers succeeded in reining in both the chasers and the lead escapees with 13 kilometers to go.

Carapaz’s quest for the GC continued when he kicked hard on the penultimate climb, with Tobias Johannessen (Uno X) also surging, causing a split in the race that reduced the lead group to just 25 riders.

The final battle occurred along the last climb, as Almeida tried to pull back time on Carapaz in order to move up into second place in the overall standings.

Indeed, the Portuguese rider attacked with teammate Juan Ayuso over the top of the steep climb, while Higuita, Johannessen and Ben O’Connor (Ag2r-Citroen) were keen to mark their move.

From there, the small group of leaders started cat-and-mousing ahead of what looked to be a six-up sprint shaping up, giving time for Bagioli, Valter and a pack of chasers to come surging across with just 1500 meters to go.

From there, Bagioli took on the role of the protagonist, opening up his sprint, while Guillaume Martin (Cofidis) was quick to respond.

But, no one could match the acceleration of the young Italian rider, who lit up last year’s Vuelta a Espana with two podium finishes.