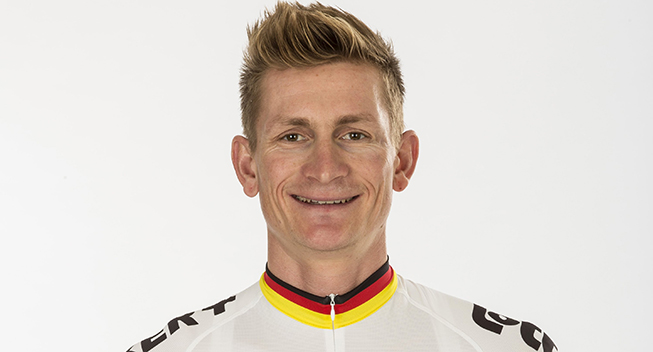 From there, Bernas succeeded in grabbing all of the intermediate sprint points in Almodovar ahead of Estevez and Rubio.

The quartet subsequently made their way over the day’s primary climb, with Estevez picking up the mountain points.

However, at that point their advantage over the peloton had been greatly reduced. And,, as the field made its way over the climb, followed by a fierce effort along the descent, the race was brought back together.

From there, another breakaway group consisting of Bernas, Luis Mas (Caja Rural-Seguros RGA) and Beñat Txoperena (Murias Taldea) emerged, with Bernas picking up his second set of intermediate sprint points in Ferreiras.

However, given their modest advantage over the peloton, it was just a matter of time before they were reeled in – as the race reached Vilamoura.

From there, Greipel capitalized on the efforts of his Lotto Soudal teammates during the final kilometers to take his first win of the season.