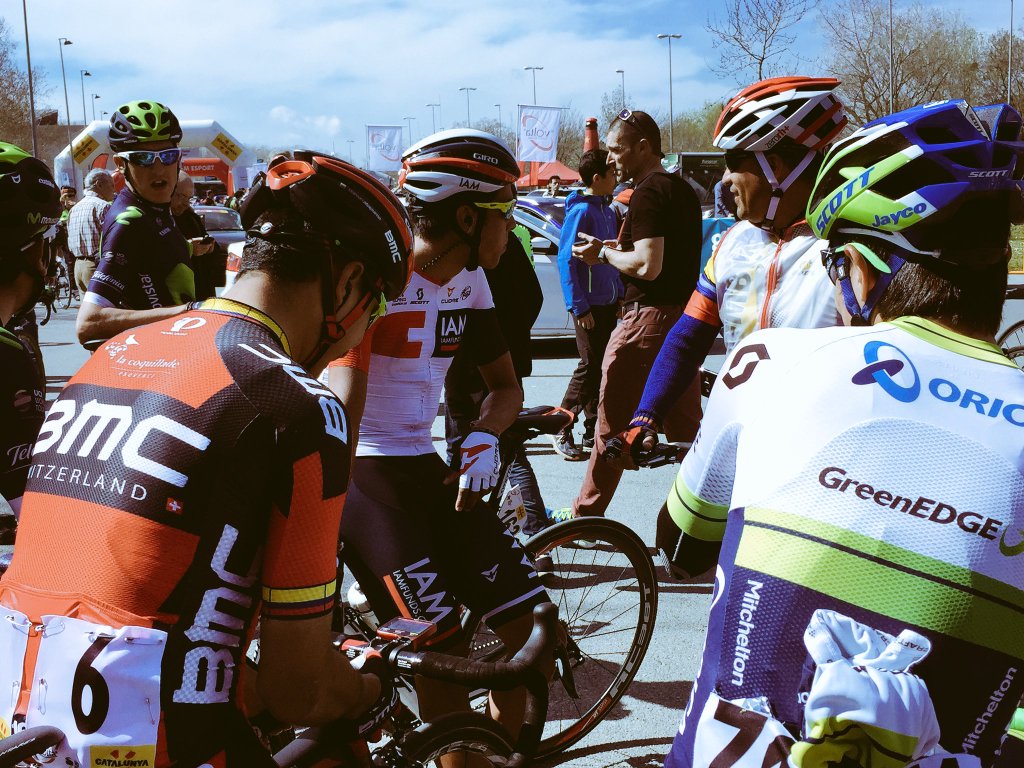 Dan Martin (Etixx-Quick Step) captured stage 3 of the Volta a Catalunya today, with a well-timed attack on the climb of the La Molina, to hold-off  his rivals and seize the stage honors.

Martin launched an attack, quickly overtaking Nairo Quintana (Movistar), who perviously attacked during the closing 200 meters to claim a solo victory, just 2 seconds ahead of Alberto Contador, who was followed by Romain Bardet.

Today’s stage didn’t become animated until the final climb of the La Molina, when Peter Weening (Roompot-Oranje Peloton) launched a lone attack – subsequently opening up a slight gap for himself.

However, Louis Vervaeke (Lotto-Soudal) would later catch and pass the Dutch rider with 8 kilometer to go.

But, just as Weening was caught, so too was Vervaeke, as a determined peloton under the auspices of Team Sky reclaimed the Belgian 4 kilometer later.

From there, a flurry of attacks got underway by a number of top climbers, most notably by Contador, who had a short dig, followed by Quintana and Richie Porte.

Quintana would then commence a final attack during the closing few hundred meters, but Martin succeeded in surging past the Colombian rider on the steepest part of the climb, while also holding-off late challenges from Contador and Bardet.

As a result of today’s stage win, Martin moved up into the overall lead, with a 6 second advantage over Contador, followed Bardet at 2 seconds further behind.