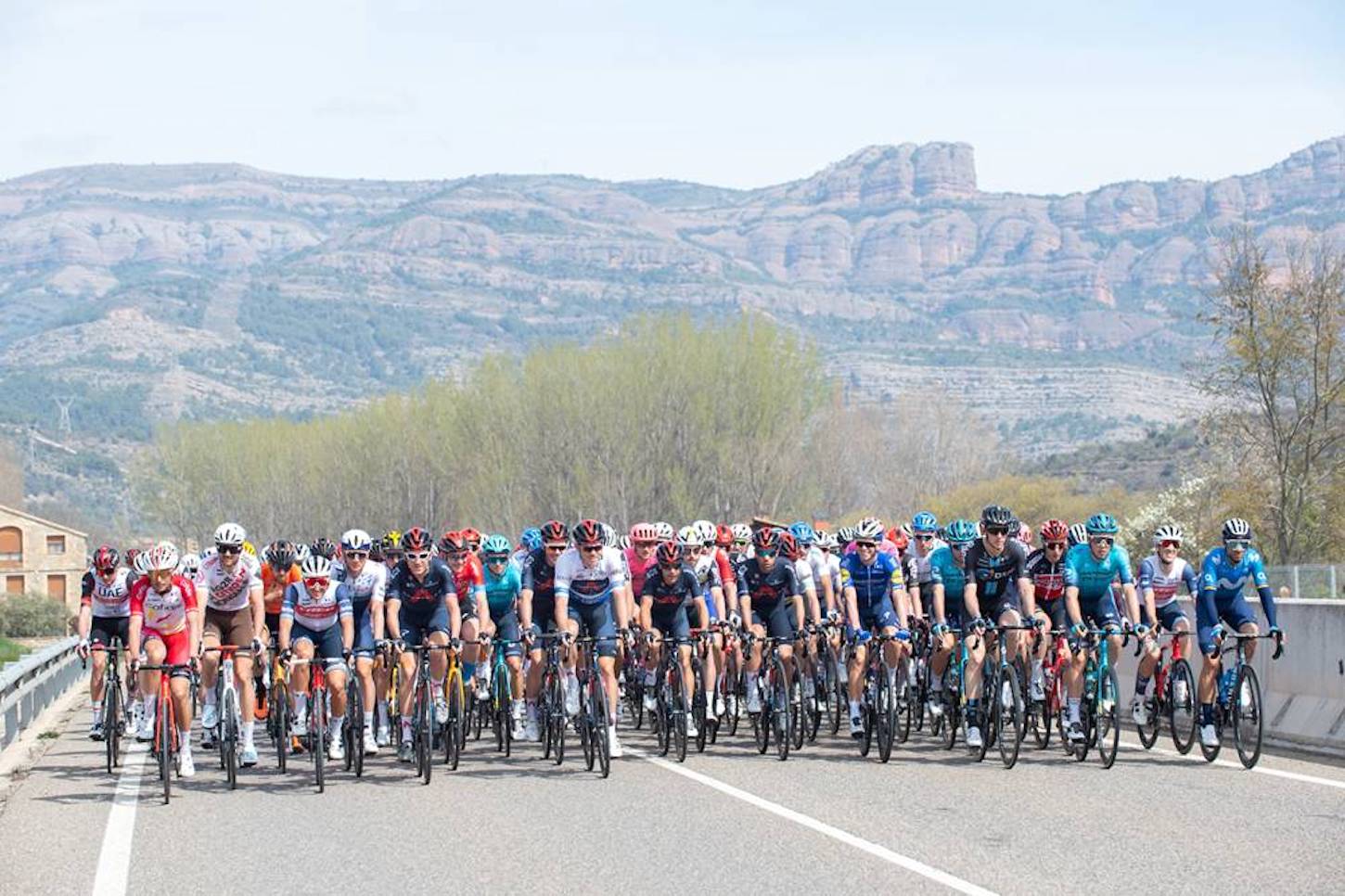 Lennard Kämna (Bora-Hansgrohe) soloed to victory in stage 5 of the Volta a Catalunya today, after the German rider commenced a late attack from a large group of riders to seize the stage honors in Manresa.

Ineos Grenadiers were happy to let the lead riders battle it out, while they carefully controlled their overall lead, with Adam Yates finishing 2:00 behind Kämna to maintain his lead in the general classification.

But, the escapees were eventually reined in by a large chase group of about 40 riders with 55 kilometers remaining.

From there, a series of attacks got underway with Cavagna trying his luck again. With the French rider still out front, Bizkarra went on the attack, taking Sebastien Reichenbach (Groupama-FDJ) with him.

Verona, Steven Kruijswijk (Team Jumbo-Visma) and Kämna then succeeded in riding clear with 23 kilometers to go.

But, Uran, Martin, Reichenbach and Nicolas Edét (Cofidis) later made their way across to the trio with Knox quickly joining them as well.

Verona kicked again just before the descent, as the group behind grew to 12 riders chasing down the Spaniard with 15 kilometers left.

However, the Spanish rider was reeled in with 8 kilometers to go, with Kämna the next to attack.

Kämna’s move stuck, with the Bora-Hansgrohe rider staying away to take the stage victory.